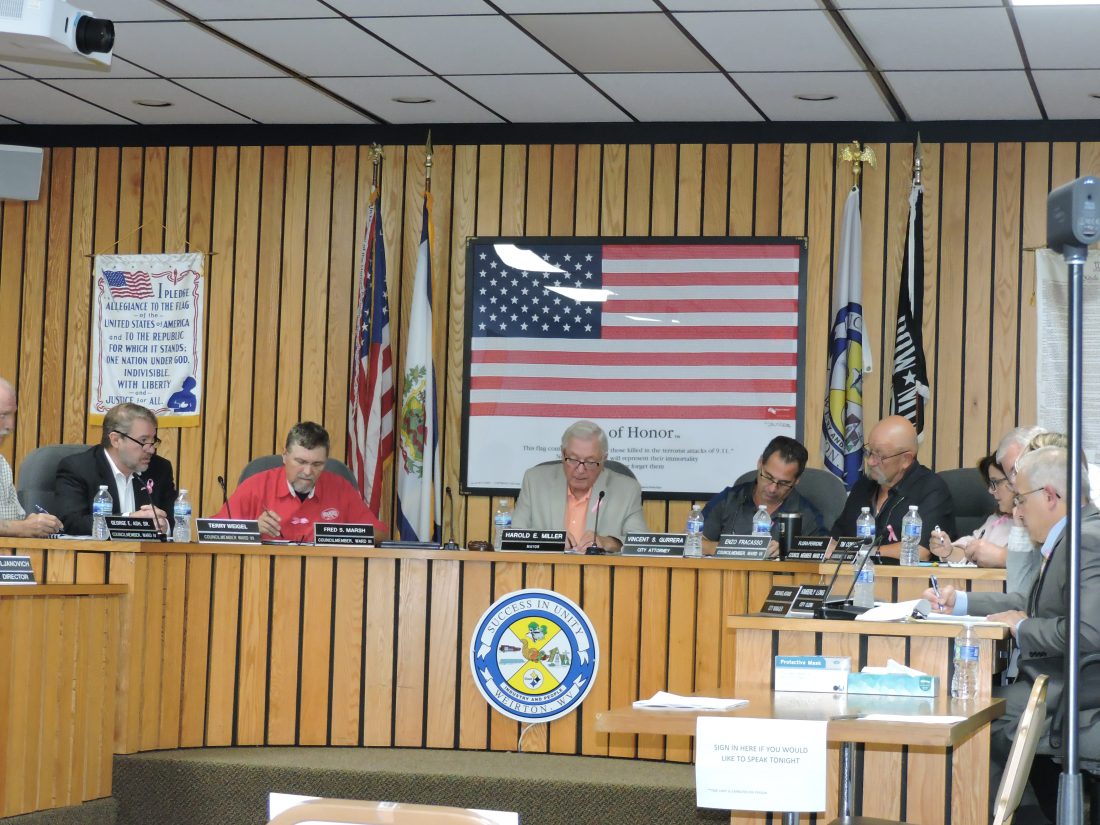 WEIRTON — Weirton’s second ward soon will have a new representative to the city’s governing body.

Following a brief discussion, City Council voted 6-0 to approve the nomination of Chris Jonczak to the post, which previously had been held by Mike Adams. Adams resigned from council after being appointed as Weirton’s new city manager Sept. 13.

An advertisement for the vacancy was first posted by the city Sept. 15, with applications due Oct. 1.

Members of council then reviewed and interviewed the candidates.

“We probably had eight or 10,” Mayor Harold Miller said. “They were all good.”

City Attorney Vince Gurrera noted the appointment for Jonczak, who was not in attendance Tuesday night, won’t be official until he is sworn in. Miller said he hopes to have a ceremony scheduled in the coming days.

Council also unanimously approved a resolution setting a public hearing with respect to the proposed issuance of tax-exempt or taxable notes to assist Weirton Medical Center in financing various projects.

Ward 3 Councilman Fred Marsh, who offered to sponsor the resolution, explained Weirton Medical Center needs the city to act as a conduit in the effort to refinance previously issued notes at a lower rate.

“The savings on those notes will fund other projects,” he said.

Adams noted the city is just acting as a “flow-through” and the action will not include the expense of any taxpayer money.

The hearing on the notes will be held at 6:45 p.m. Nov. 8, prior to the next regular council meeting.

Two holiday-related financial contributions also were approved, including a $5,000 donation toward Renaissance Weirton’s Christmas on Main Street event, scheduled for Nov. 20, and a $7,500 donation to assist the Weirton Area Chamber of Commerce with the maintenance of city-wide Christmas light displays.

Marsh explained he has heard from the chamber for several years about difficulties in having the funds to maintain the lights, which include displays along Main Street, Penco Road and a large display on Three Springs Drive.

“We’re the only city in the valley that does not support any Christmas display,” Marsh said, noting the funds will assist with the purchase of bulbs, sockets and wiring for the displays. “I think it’s a responsibility we need to share.”

Chamber President Brenda Mull was on hand, noting the chamber also could use assistance in working on the lights, announcing there are plans for a gathering of volunteers Oct. 18 for those interested in helping.

“It’s a huge undertaking to get the lights ready,” she said.

While council approved both measures, some on council, including Ward 7 Councilman Terry Weigel, encouraged the idea of the city and chamber looking for ways to cooperate on a Christmas event in the future.