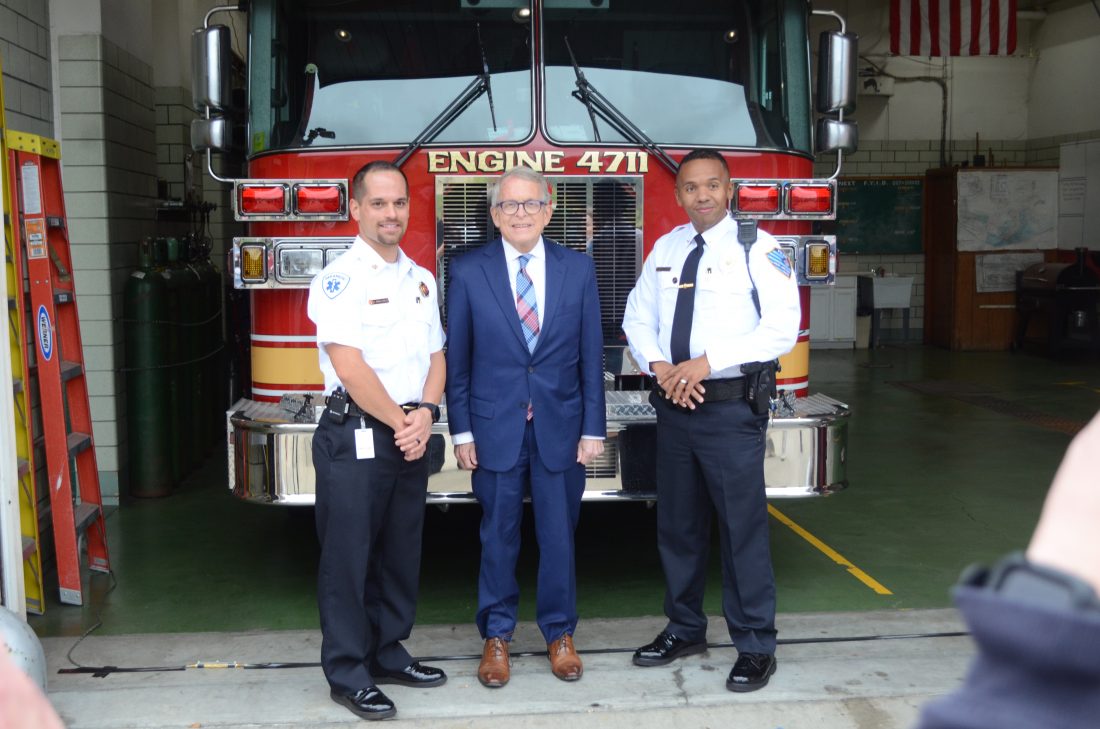 MINGO JUNCTION — Standing at the podium in front of the Mingo Junction Fire Station Wednesday, Ohio Gov. Mike DeWine noted that a lot of small communities, such as the village, simply do not have the funding to complete needed projects.

That need, he said, is the driving force behind his administration’s Ohio BUILDS initiative.

“If you look at the need, the truth is, there are many small villages and townships that have very specific needs,” DeWine said. “In some cases, they simply cannot do the project. For example, we have some water projects that urgently need to be done, but the villages can’t afford it.

“We’re looking for the places that are most in need. That is the No. 1 criteria. We will have some cities … but I think you’re going to see a lot of these in our rural areas.”

Mingo Junction, it was announced on Tuesday, is one of 56 recipients covering 60 of Ohio’s counties receiving funding in the first round of a water infrastructure grant funding program.

All told, the program will distribute some $250 million in grant funds, $96 million of which will come in the first round.

“These are federal dollars that came in, we worked with the state legislature to decide how to spend,” the first-term Republican governor said, also giving credit to state Sen. Frank Hoagland, R-Mingo Junction, and state Rep. Ron Ferguson, R-Wintersville. “We made the decision that $250 million would be spent around the State of Ohio on water projects.

The undertaking the village was approved for in that first round is a $60,000 project to run between 400 feet and 450 feet of six-inch water line and 800-900 feet of 2-inch water lines off of state Route 151 to Famers Lane. On top of the new water lines, part of the project is to install what Village Administrator Bob Smith called a “much-needed” fire hydrant.

“What this really is about is public safety,” DeWine said. “It is about protecting people, protecting structures, here in the village and also in the township.”

“It is good to be in Mingo Junction, I’m happy to be here and happy to be able to announce this grant that I think really does, in fact, focus on public safety,” DeWine added. “What we tried to do was look at what would make a difference. In this case, $60,000 is going to make a difference.”

Smith said there were plans to do the project in years past, but the funding simply was not there.

He talked about projects the village has done during his time as administrator and said the area has not given up through hard economic times following the decline of the steel industry.

“The people here in this Valley are resilient and proud,” he said. “We could just sit back and do nothing, but we’re not going to do that.”

Smith said the village has made hundreds of thousands of dollars in investments in its water and water treatment plants, took on a storm sewer separation project and invested approximately $1.5 in roads.

“This village is proactive,” he said. “We don’t give up here.”

Smith also took time to bring up the struggles villages have with dilapidated buildings and the challenges in dealing with them, asking the governor for assistance in the future from the state.

Smith, DeWine and village officials walked through the village’s downtown area together following the remarks.

More announcements of approved projects will be made in the coming weeks, DeWine said. 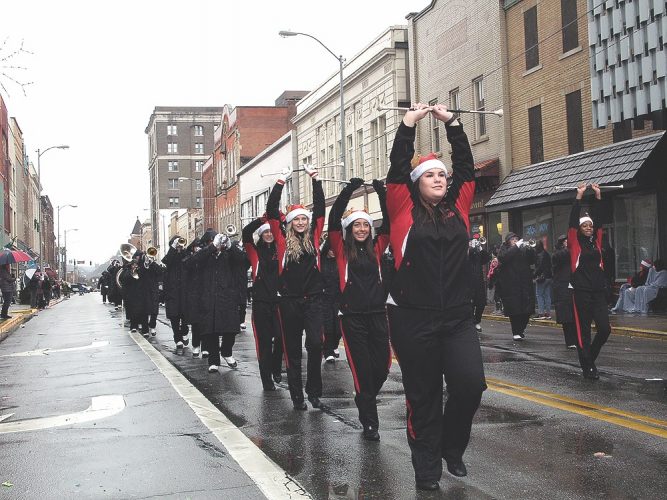