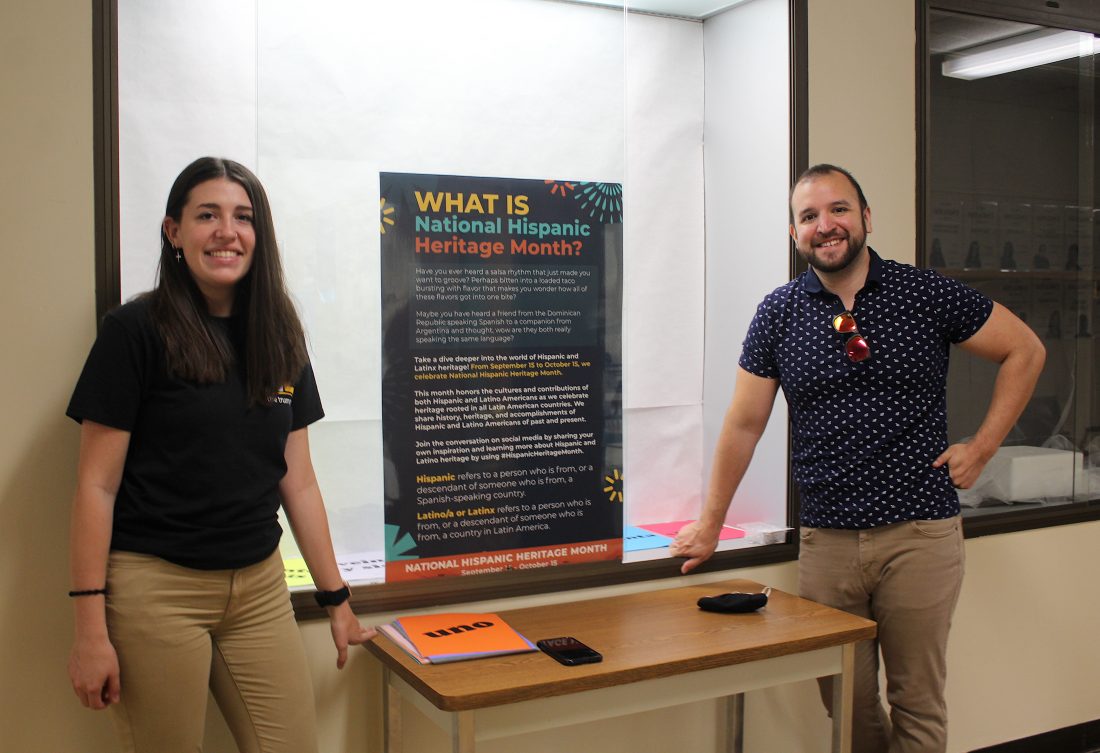 “It’s important to recognize the influence of our Latino communities,” said Felipe Rojas, associate professor of Spanish in WLU’s Department of Humanities.

Hispanic and Latino people make up nearly one in five of the U.S. population, according to the latest U.S. Census numbers.

Rojas teaches Spanish to all level students and oversees the Spanish minor offered in WLU’s degree programs. He has created a large display case in the lower floor corridor of Elbin Library where classrooms and faculty offices are housed.

“Every day of the month I will be unveiling an important Hispanic figure for both the English and Spanish-speaking world. There will be information about each person on the picture display and there is a poster with helpful terms,” he said.

WLU’s Elbin Library is participating in the month-long observation by offering a book display that highlights Spanish and Hispanic literature.

The library received a visit from West Liberty Elementary Tuesday as it welcomes kindergarten through second graders to campus. WLU students from the College of Education will assist with the students as Rojas reads stories to them and shares flags while dressed in Chilean costume for the folk dance known as cueca.

Then on Oct. 7, grades 3-5 will visit and take part in a similar program introducing Hispanic culture to the children.

“I am grateful to Stacie Groch, head of library operations, who will assist me in the library programs,” Rojas said.

Later in the month, the Sodexo Marketplace will invite the campus community to a typical Spanish/Hispanic dinner featuring special recipes.

“We also hope to have pop-up activities that develop over the month and we look forward to seeing lots of staff, faculty and our students participate,” he said.

Hispanic Heritage Month celebrates the histories, cultures and contributions of American citizens whose ancestors came from Spain, Mexico, the Caribbean and Central and South America.

Begun nationally in 1968 as Hispanic Heritage Week under President Lyndon Johnson, it was expanded by President Ronald Reagan in 1988 to cover a 30-day period.

Enacted into law in 1988, the date of Sept. 15 is significant because it is the anniversary of independence for Latin American countries Costa Rica, El Salvador, Guatemala, Honduras and Nicaragua. In addition, Mexico and Chile celebrate their independence days on Sept. 16 and Sept. 18, respectively. Also, Columbus Day or Día de la Raza, which is Oct. 12, falls within this 30-day period.