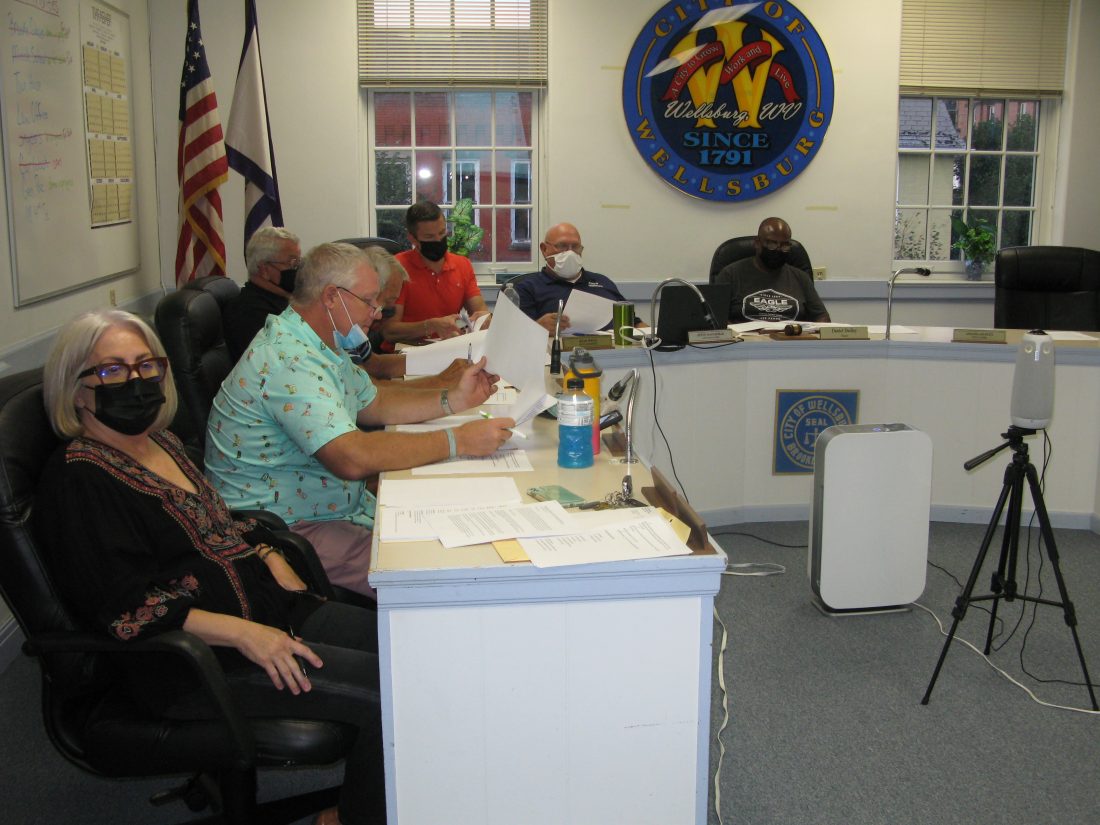 FOCUS ON BALL FIELDS, PARKS — Planned improvements to the city’s ball fields and policy regarding use of city property during the pandemic were discussed by Wellsburg Council on Tuesday. -- Warren Scott

WELLSBURG — Wellsburg Council learned about major improvements in store for the city’s ball fields and re-opened a debate about the use of city property at the time of the pandemic.

During Tuesday’s meeting, council heard from Jill Yost of the Wellsburg Baseball and Softball Association, a volunteer group that oversees youth baseball and softball leagues, who said the group is planning to invest about $4,190 in materials to refurbish the ball fields near 18th Street.

Yost said at least $2,000 in labor, including volunteer efforts, will be involved in power washing dugouts, the restroom and concession stand, repairs to the restroom, rebuilding and repairing benches and installing a fence to separate fans from one of the outfields.

Yost sought and received council’s blessing to reconfigure the T-ball field to also serve as a softball or pinto field for younger players.

She said the move will allow the group to host more tournaments. She noted it currently holds a softball tournament involving 16 teams from throughout the Ohio Valley.

On Saturday and Sunday, the association will be holding a tournament at the park to raise funds for the families of Stanley Kins, the city’s late former fire and police chief, and Randy Roxby of Beech Bottom.

Council also considered an ordinance allowing council to prohibit gatherings on city property, including parks, streets and the Town Square, at times of public health warnings.

The proposed legislation states in the event the county is red on the state health alert system map, positive rate for infection is at 9 percent or higher, or a state of emergency is declared, such assemblies would be deemed a health hazard and public nuisance.

He noted if the panel were to adopt it at this time, the Wellsburg Applefest and other events recently approved by it couldn’t be held because the county currently meets the first two conditions.

Second Ward Councilwoman Mary Margaret Rosso said she and others were concerned about being consistent in granting requests for the use of city property, which she said it hadn’t done last year.

But Rosso said mostly she doesn’t feel council is knowledgeable enough about public health to make such decisions.

“I would like the health department to tell us, is it safe or not?” she said.

Weld questioned whether the department can or will do that.

Fourth Ward Councilman Charlie Harris said he supports the thought process involved with such requests but believes the decisions should be made by council though it may seek input from the health department and others.

Weld told council he “will try to thread the needle on what you all have said” and present an ordinance for its consideration in the future.

STEUBENVILLE — The city has been awarded $250,000 in grant funds through the Appalachian Regional Commission for ...

NEW MANCHESTER – Area residents looking for some traditional games and entertainment will have such an ...

Part of county Road 6 to be closed STEUBENVILLE — A portion of Jefferson County Road 6 (Mount Pleasant-Adena ...