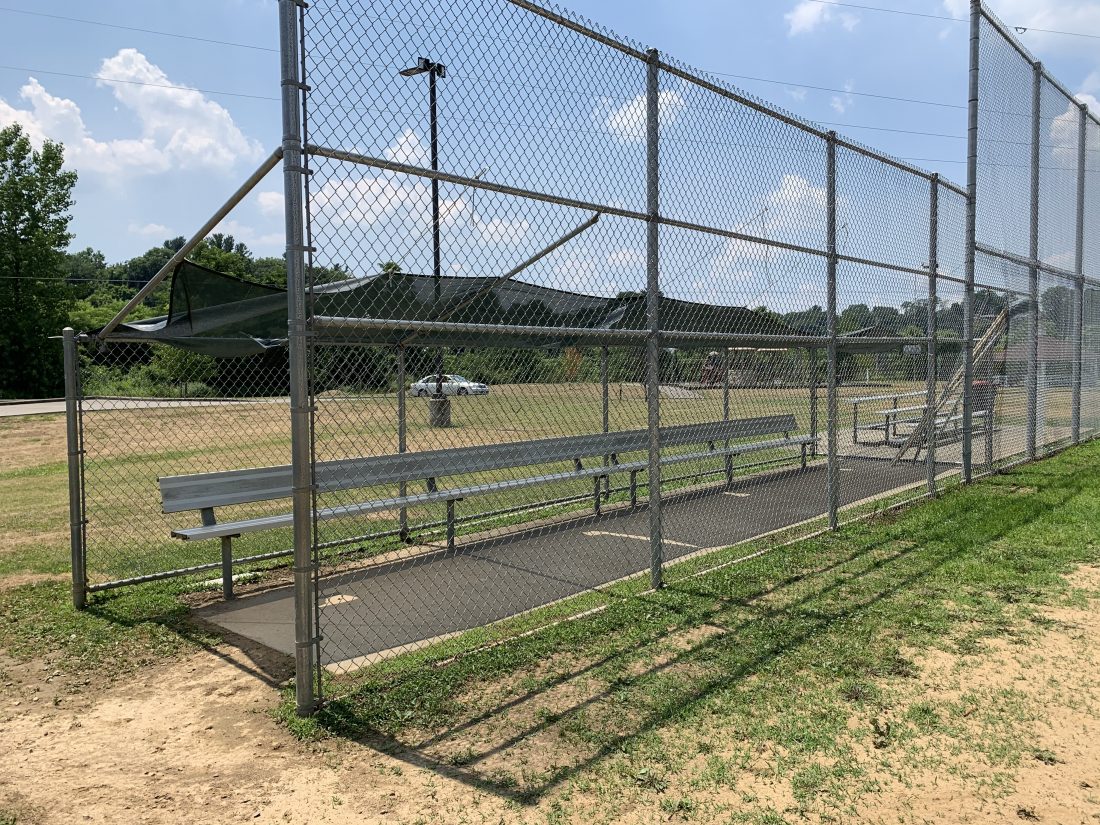 STEUBENVILLE — Construction is expected to begin sometime this summer on dugouts for two youth baseball fields at Belleview Park.

The Steubenville Baseball Association is partnering with the city’s Parks and Recreation Department for the project, which will be funded through a grant the association obtained from the Pugliese Foundation and money the board had set aside last fall to put roofs on the existing, chain link fence structures being used as dugouts.

“When we were approached by SBA about them building dugouts, the park board decided that we would take that money and put it toward the construction of the dugouts,” Recreation Director Lori Fetherolf said, pointing out they “have a great partnership going” with the association, which this year took on youth league field maintenance to ease the strain on her three-person staff.

“Due to the coronavirus, we were unable to hire the additional staff that we had budgeted for, so having them take care for the lower fields had been a huge help,” Fetherolf said.

Association President Ted Gorman said that’s been one of their goals.

“One of the first things we wanted to do was clean the place up, to be a place where people had pride and could look forward to going to Belleview Park to watch youth baseball,” he said.“But we’ve realized there were no dugouts, so especially on hot days the kids are baking, just sitting their on the benches.”

While they would have liked to be able to do all three lower fields this year, Gorman said that wasn’t in the cards.

“But, hopefully, we’ll get money next year to build a third dugout.”

He said the dugouts, as envisioned, “are going to be pretty pricey.”

“We’re going to be getting bids,” he said. “We’ll have to go below the frostline, and we’re trying to put split-faced block to match the existing block in Belleview Park. The dugouts will have metal roofs, with a small storage area at the end for storing (field lining) equipment.”

He said they want to make sure what they do will “match what’s already there at Belleview Park.”

“It’s been a great relationship with the city and the baseball league,”3rd Ward Councilman Eric Timmons said. “Our kids and community deserve this.”

Timmons had been critical of field conditions at council meetings during the past 12 months, repeatedly saying the community expected better of them. Earlier this month he questioned the lack of protection from the sun for kids on the bench.

“They were basically non-existent,” he said. “There were some benches and fencing behind them, but no roof or much protection at all.”

Gorman agreed field conditions had been a definite issue, pointing out city officials had repeatedly lamented the difficulty they faced in maintaining 13 parks with such a small staff.

“They bought into the fact that the SBA wanted to help out, our parents wanted to assist the city and make our city stronger,” Gorman explained.

‘It’s something we felt as a baseball association had to be addressed,” he said, crediting “volunteers, parents coming on Saturdays for work parties, just to do more labor intense activities” with the transformation.

“I think we’ve done a fantastic job in a short amount of time getting that park back in shape,” Gorman said. “I love to see people’s faces, see people smile, when they see (what we’re doing). It’s starting to be a very prideful thing in our area,” he said, adding that they’ve developed “a fantastic partnership now with the leadership of Steubenville. When we call to ask for their support, they’ve gone out of their way to help us.”

With board approval in hand, Gorman said they’ll let the contracts out for bid. “From there, as soon as we can get all the permits, we’ll get started,” he said. “This (regular) season is almost over, but we’re going to have fall baseball. We’re hoping we’ll be hanging our bat bags in the outfield because they’ll be working on the dugouts.”