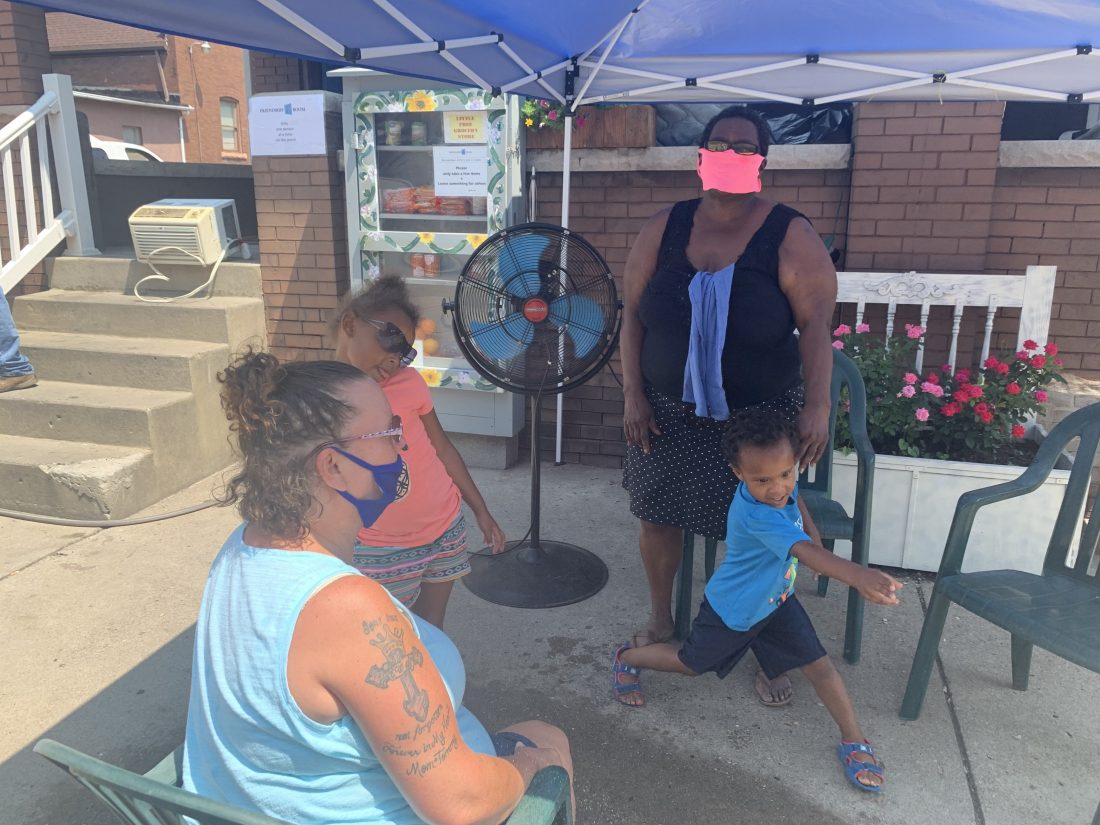 GETTING SOME SHADE — The Friendship Room at 419 Logan St. in Steubenville has set up a cooling center to help area residents beat the heat. (Contributed photo)

STEUBENVILLE — A cooling station has been set up outside the Friendship Room to assist members of vulnerable populations who are having difficulty coping with the excessive heat and humidity of this past week.

Molly McGovern, president of the Friendship Room, said they’ve set up a misting fan and canopy in the yard, and stocked the refrigerator with water and the freezer with Popsicles.

“So many people are showing up dehydrated and overheated,” McGovern said. “They don’t necessarily have water or electricity in their homes.”

“We’ve been open, we’re just trying to keep people hydrated and cool, getting them transportation to hospital for medical attention when necessary,” she said, explaining, “When people are in addiction, they don’t understand extreme heat and the need to drink water.

“We just want people to know they can seek help here in this severe weather,” McGovern said. “We’re continuing to feed them — food, sandwiches — but we want to keep them as hydrated as possible.”

She said “probably 200 people a day” visit the facility, which is located at 419 Logan St.

“The heat is stressful for everybody, but much more so for the homeless and addicted, it’s just a pressure cooker of human misery. We’ve been working around the clock to give them aid, give them water and all those things.”

While the Tri-State Area is expected to get a break from the heat during the next few days, high temperatures are expected to be in the mid-80s on Tuesday before returning to the 90s on Wednesday and Thursday.