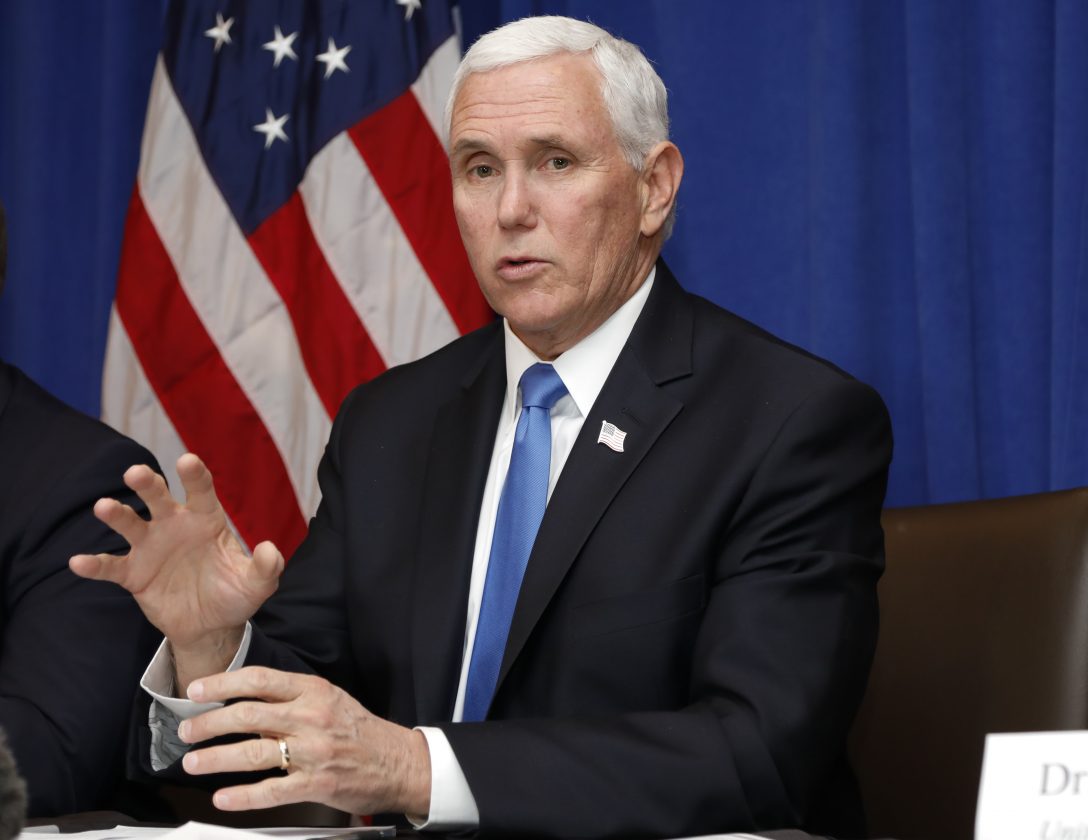 “What we’re going to do is, we’re going to support law enforcement and our African-American families and we’re going to bring our community, our state and our nation together around better public safety,” Pence said during a Thursday stop at the Youngstown Police Department’s garage to about 25 city officers.

He praised police officers, specifically mentioning Youngstown, in efforts to bring the community together.

“We can come together around better public safety,” Pence said. “And that’s what law enforcement wants and that’s what every American wants.”

Law enforcement nationally has come under fire for various incidents that have led to the death of people of color — most notably George Floyd, an unarmed Black man who died May 25 in police custody after former Minneapolis officer Derek Chauvin knelt on his neck for nearly nine minutes.

That has led to rallies and protests with most being peaceful, but some becoming violent.

Pence failed to mention instances of law enforcement becoming physical with protesters, as well as using tear gas and pepper spray, including on some who are being peaceful.

Pence said President Donald Trump and “a grateful nation” stand “with the men and women of law enforcement and we always will. I promise you that.”

He added: “The American people know that most of you who put on the uniform of law enforcement every day are the best people in this country.”

Pence, whose uncle was a Chicago police officer for 25 years, said: “I know nobody hates bad cops more than good cops. And I want to promise you that in the days ahead we’re going to be looking for ways to provide more resources to the law enforcement community, to have the kind of training and the accountability that each and every one of you desire and aspire to make real in your careers.”

Brown, a Democrat, said while he doesn’t agree with the Republican vice president’s politics, he respected him having a conversation about an economic stimulus package that can help financially struggling cities such as Youngstown.

According to Brown, Pence said legislation would pass in July. When asked if he believed Pence, Brown said he had no reason to doubt him.

McDowell said he appreciated Pence taking the time to talk about ways to improve police-community relations, adding that Youngstown can serve as a role model for the country.

During Pence’s time at the police garage, he wore a mask, taking it off to address the officers while a distance from others and then putting it back on during private talks. It was in stark contrast to his visit to Lordstown Motors earlier in the day. During a tour of the facility, Pence didn’t wear a mask — though he wore protective eye goggles — and came in close contact with numerous people.