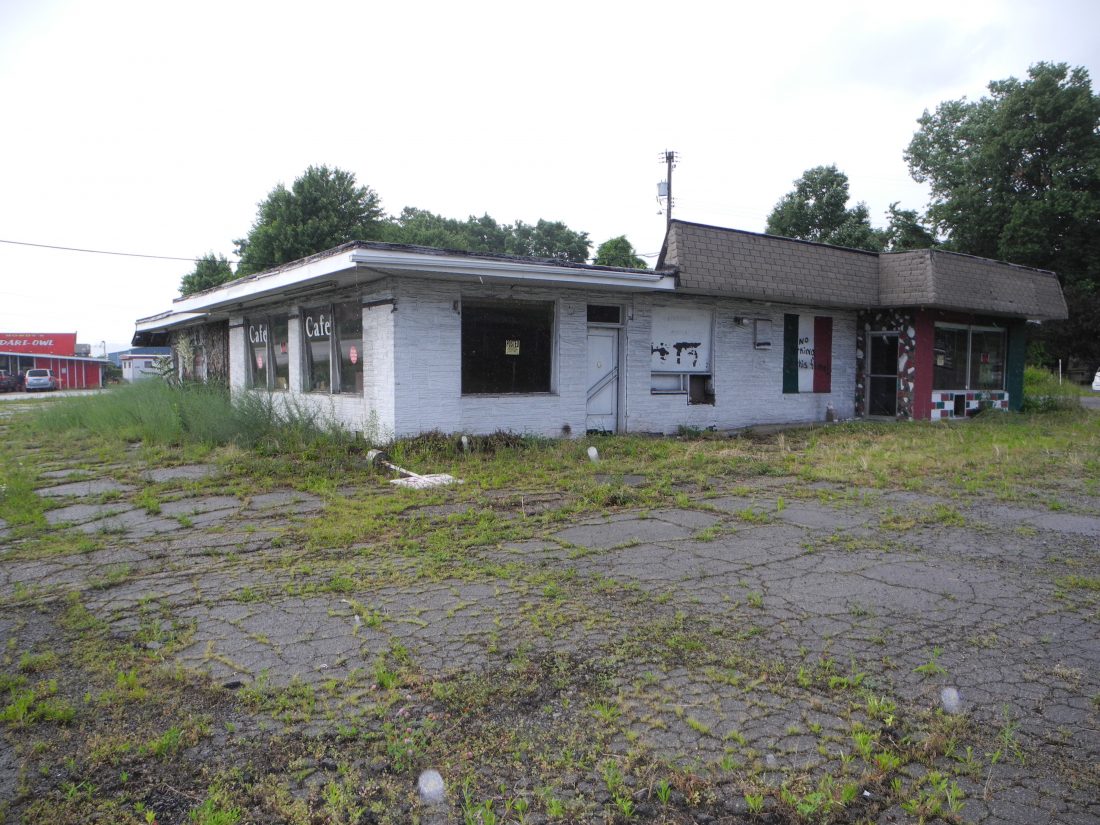 REDEVELOPMENT EYED — Follansbee City Council during a special meeting Wednesday approved the $195,000 purchase of the Jo-Jon’s property at the city’s north end. Plans call for the building on the 0.8-acre lot to be razed in hopes of encouraging economic development there. -- Warren Scott)

FOLLANSBEE — At a special meeting Wednesday, Follansbee Council approved the purchase of the former Jo-Jon’s property at the city’s north end in a move Mayor David Velegol Jr. hopes will spur future development.

Council unanimously supported the first reading calling for the purchase of the 0.8 acre lot for $195,000, with the funds to come from the Urban Development Action Grant fund established years ago with in lieu of tax payments by Wheeling-Nisshin Inc.

Velegol said there are plans to raze the building, plant grass at the site and seek a new business, especially a restaurant chain, interested in building there.

Located at the intersection of state Route 2 and Mahan Lane, the building was a drive-up restaurant operated by cousins John and Joe Settimio in the 1950s. Over time sections of it became home to various businesses, including a jewelry store and pizza shop, but it has been vacant for many years.

Pending a second reading at council’s July 6 meeting, the property will be purchased from members of the Settimio family. Council once considered building a new fire station at the city’s north end, and Velegol was asked whether the lot could be used for that purpose.

But he said those plans have been abandoned, and M&G Architects and Engineers of Wheeling are in the process of designing renovations to the existing firehouse near the intersection of Route 2 and Allegheny Street.

In other business, council approved the first reading of an ordinance changing the time for council’s second regular monthly meeting from 7 p.m. to 6 p.m. The move will address a scheduling conflict for some on council as well as resolving confusion for some community members because council also meets at 6 p.m. on the first Monday of each month.

¯ Selected Assure America as the carrier for the city’s liability insurance, with Travelers Indemnity to be the provider, after receiving proposals from the agency and Assured Partners.

Velegol recused himself from the meeting because his brother, Doug Velegol, is among representatives of Assure America; and said later he wanted to make clear he spoke to no council member about the issue.

¯ Agreed to seek an independent auditor from those under contract to the state to perform a state required audit.

The city previously advertised for an auditor, but City Manager John DeStefano said bids received for the job were inadvertently opened prior to the announced time.