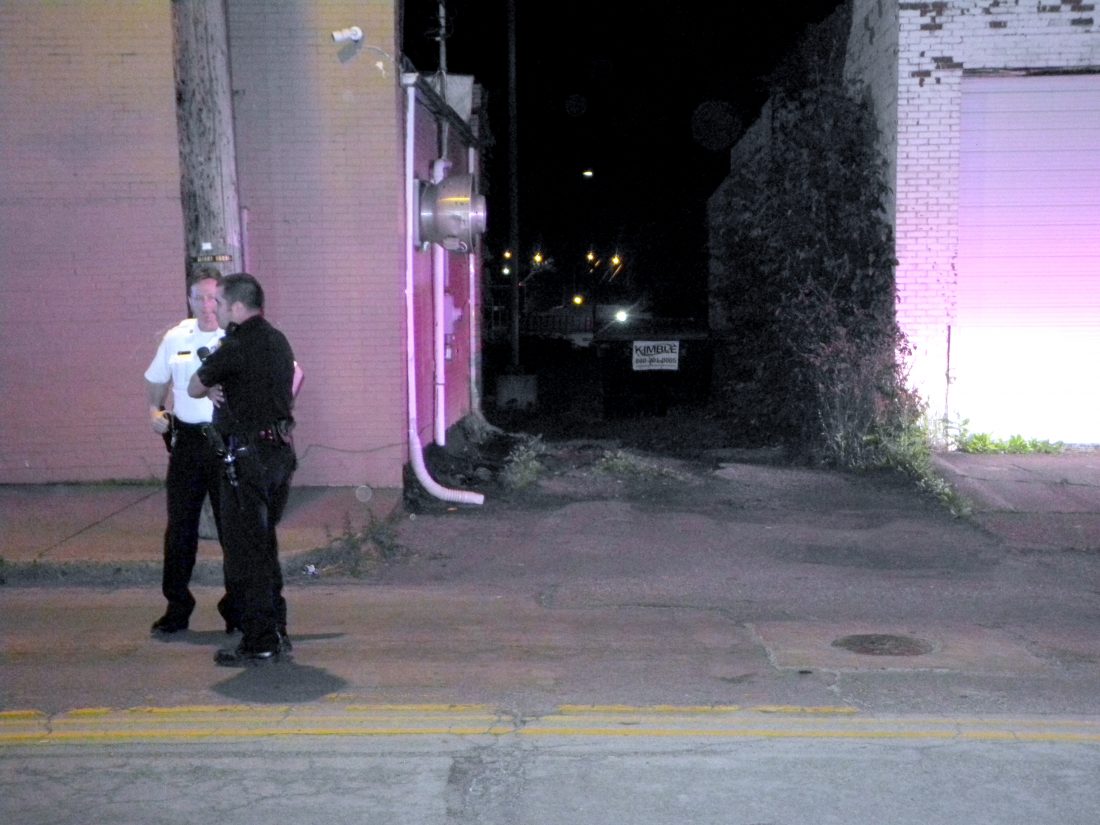 Steubenville police officers speak to one another early today near the scene of a fatal shooting in downtown Steubenville. (Photo by Warren Scott)

STEUBENVILLE — A 28-year-old city resident has been charged in connection with the Monday shooting death of Ja’ron Williams.

Charges of having a weapon under disability and tampering with evidence were filed Wednesday morning against William Grimes, 908 Pittsburgh Street. Grimes is being held in the Jefferson County Correctional Center.

Williams, 32, was shot-to-death shortly before midnight Monday in the 600 block of Franklin Sreet. His body and several spent shell casings were found in the alley behind American Legion Post 274

A second man, 37-year-old Craig Blackwell of Steubenville, is being treated in a Pittsburgh hospital for multiple gunshot wounds, Chief Bill McCafferty said.

McCafferty said the investigation is continuing, and more charges may be forthcoming. He said no motive has surfaced.

Police were dispatched to the scene after callers reported shots had been fired in the vicinity of North Seventh and Franklin streets.

On Tuesday, City Manager Jim Mavromatis credited “excellent cooperation by citizens and excellent work by our detectives, tracing all leads and getting information from all sources,” with breaking the case.

“In less than 24 hours this case was solved,” he’d told city council. “A lot of the credit goes to our citizens, a lot to our police department.”