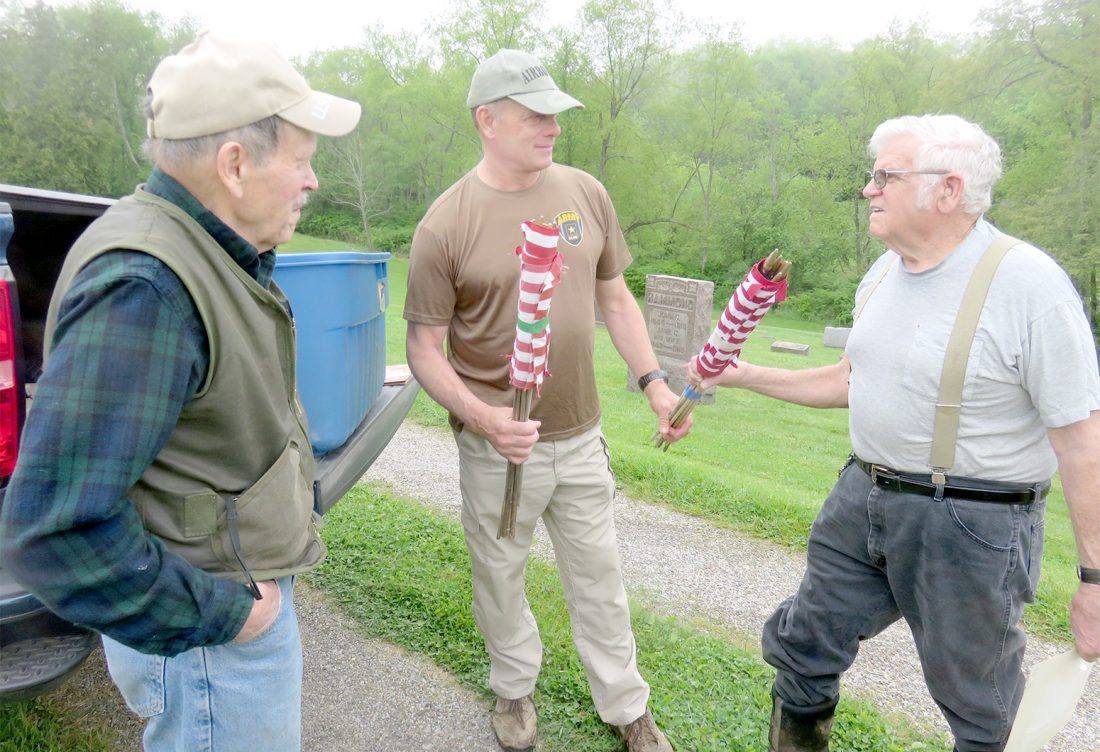 More than 50 volunteers turned out Saturday morning to help place flags on the graves of veterans in as many as 10 cemeteries in the Richmond area. J.O. Henry, center, commander of the Richmond American Legion Post 740 Honored Seven, distributes flags for the task at hand in Richmond Union Cemetery to fellow Legionnaires James Peters, right, and Bill Burruss. Flags were placed on the graves of veterans from the Revolutionary War to present, Henry said of the tradition that honor veterans. “We do eight to 10 cemeteries in the Richmond area,” he said of an effort that involves 400 to 500 graves. Asked why the flag placement is important to do, Henry responded, “That’s one of the easiest things to answer and yet still one of the hardest, because you do it because what those who went before us have set forth as a standard and to remember their sacrifices and the sacrifices they were willing to make for this country.” Although there are no formal public ceremonies for Memorial Day in Richmond because of COVID-19 pandemic precautions, Legion representatives will be paying respects, carrying out a 21-gun salute and playing taps at three Richmond cemeteries Monday morning. More helpers than usual were on hand to help with flag placement, according to Henry. “I feel this is above average participation this year. I think a lot of it is people are just wanting to get out, and this is a good way for them to get out and remember what’s come before them. They’ve seen the graves decorated. We always get comments from people and thanks for placing the flags on the departed,” he said. “It was humbling to come up here and see this kind of participation.” (Photo by Janice Kiaski)