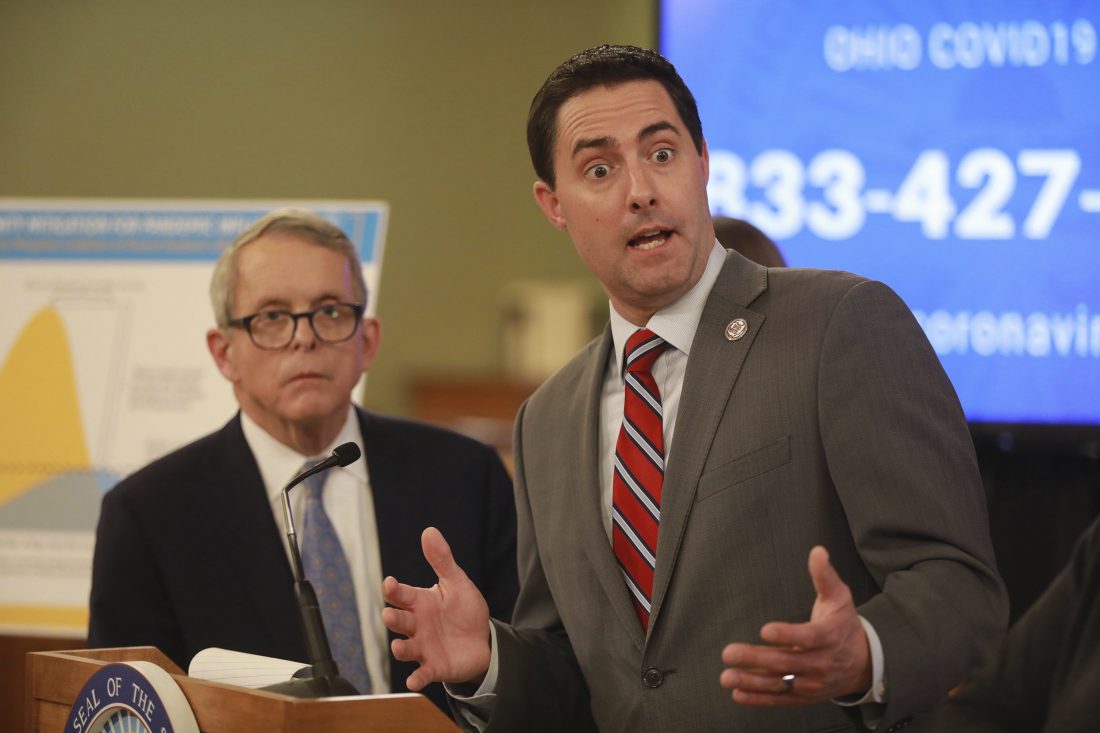 STEUBENVILLE — Ohioans will not be heading to the polls after all — instead, ballots will be cast by mail.

Part of a coronavirus response bill, HB197, that cleared the state legislature this week set the plan for Ohio’s delayed primary election, which is now extended to April 28 with voting to be done strictly by absentee ballot.

The bill was signed by Gov. Mike DeWine on Friday during his daily COVID-19 press conference.

The election had originally been set for March 17. After a series of statements from DeWine, court rulings and much confusion on March 16 that carried into the early morning hours of what was to be Election Day, Ohio Department of Health Director Dr. Amy Acton ordered polls closed due to concerns over the spread of the virus.

A statement on the Jefferson County Board of Elections website states all voting will be done by absentee ballot.

If you want to vote in this election, you must complete an application for an absentee ballot and return it to the board office at 500 Market St., Suite 1, Steubenville.

The statement says absentee ballot applications can be printed from the Ohio Board of Elections website or can be requested from the county board’s office by phone at (740) 283-8522.

Applications must be received at the board office not later than noon on April 25, per the statement.

“I think it is very challenging, first and foremost because the public is not used to an all-mail, absentee voting election,” she said. “Getting the word out is very important. People need to know if you want to vote in this election, you have to request an application. We are not permitted by law to just mail them out to everybody. You have to complete an application before we can mail a ballot out.

“The challenges for us are going to be managing this many applications coming in, ballots going out and ballots coming in.”

The short time frame also creates challenges for the county. Gribble urges voters not to wait to cast their ballot.

“It is not a lot of time,” she said. “We contacted the post office, they know that this is going to be coming, that we’re going to be bringing ballots down and the ballots need to get to the voters as soon as possible.

“Voters need to understand that they don’t want to just hold on to these ballots. Once they get their ballot, they need to vote and return it to us as soon as they are finished because the time frame is a very short window to get this all completed. We are paying for the postage for the ballots to be returned, so voters do not have to get to the post office to buy a stamp.”

She noted that the board office now has a drop box where ballots can be returned, which is something new. She said it will be clearly marked on the side of the building.

Since Wednesday, even before DeWine signed the bill, the board office had already seen an increase in demand for applications.

As for election night results, with the ballots all being in the office, Gribble expects unofficial results to be quick.

“We won’t be waiting for anything to come back from the polls,” she said. “Actually, it will be simpler. Everything is going to be right here already. I’m pretty sure we’ll have results relatively quick.”

“It’s important for the voters to know that this is what’s happening and understand it,” she added. “If they want to vote, this is how they have to do it. There is no voting in our office, there will be no polls open.

“This is strictly to keep people out of public areas and do it all from the comfort of their home while we are under this stay-at-home order.”

According to a statement on Secretary of State Frank LaRose’s website, the Legislature’s bill requires his office to design and send out postcards to Ohio’s 7.2 million registered voters that have yet to vote explaining how Ohioans can obtain an absentee ballot.

The statement said preliminary estimates are the postcards would be received by voters the second week of April.

LaRose’s original plan for the election following Acton’s order was to postpone in-person voting until June 2. Another proposal from LaRose was for ballot requests to be mailed to voters directly, with a requirement to be postmarked by June 1.

LaRose stated on his Twitter account he would mail ballot requests to every Ohioan if he could, but Ohio Revised Code 3501.05 prohibits him from doing so and the Legislature’s bill did not address that.

“(Wednesday) my friends in the Legislature did the right thing by extending deadlines and postponing requirements on everything from taxes to school testing, so it’s disappointing that they’ve instead chosen to significantly reduce the time provided for Ohio to bring this primary to a close,” LaRose’s statement read. “The proposal that Gov. DeWine, Lt. Gov. Husted and I laid out was preferable, and unlike the plan enacted (Wednesday), our proposal would have concluded the election by putting a ballot request directly in the hands of every voter along with a postage-paid return envelope.

“Though I advocated for a different plan, the Legislature has spoken, and I will uphold my oath of office by doing everything in my power over the next (31) days to ensure that every Ohio voter has the opportunity to safely make their voice heard.”