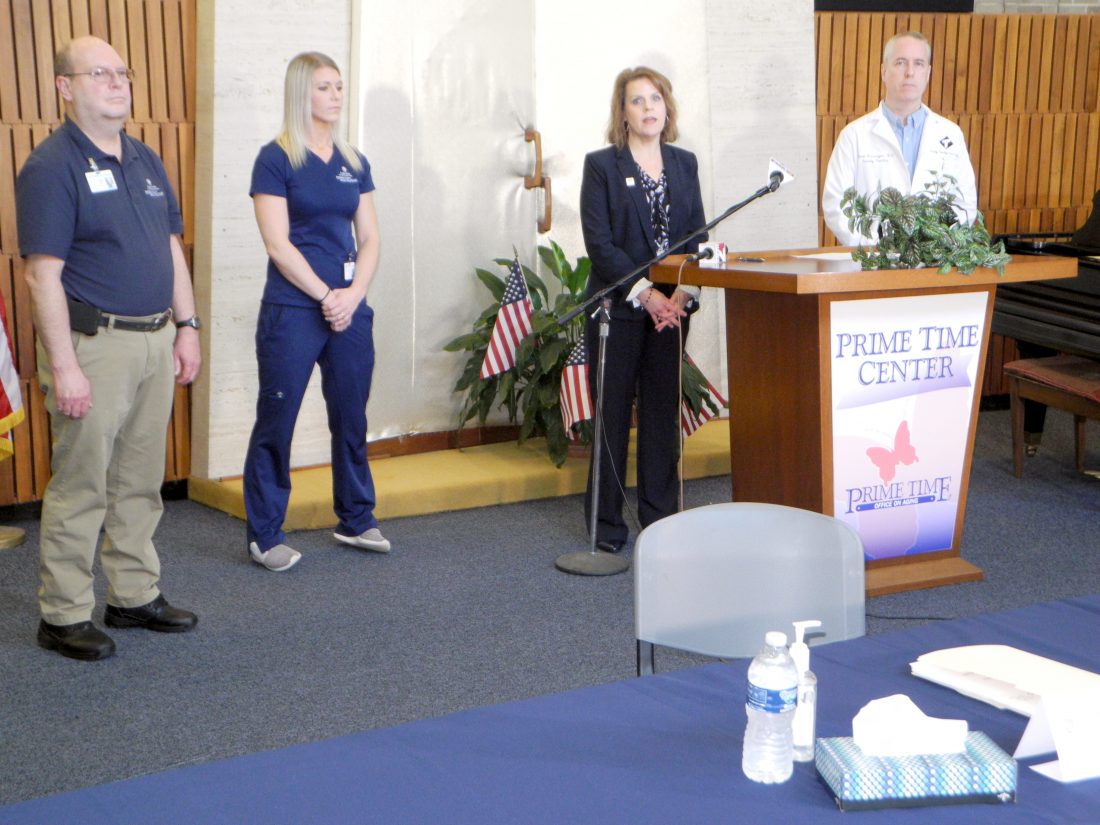 STEUBENVILLE — Jefferson County has its first reported case of COVID-19.

At a press conference Wednesday, Jefferson County Health Commissioner Nicole Balakos declined to identify the community in which the woman lives.

Balakos said, “We will not be releasing any additional demographic information relating to these cases. We want to protect the privacy of the individuals during this time.

“The Jefferson County General Health District is contacting anyone who was in close contact with the individual with instructions on actions to be taken.”

She said the woman had traveled to another Ohio county with a high incidence of the virus, but she declined to identify it because it’s not been confirmed that is where she contracted it.

Hannah Piko, director of nursing for the health department, said the woman presented symptoms of the disease on March 11 and was referred by a physician for testing.

Piko said the woman has self-quarantined and on Wednesday appeared to be feeling better.

She said the woman doesn’t suffer from chronic respiratory conditions.

Balakos said following a recommendation by the Ohio Department of Health, there are no plans to announce details of future cases, though the state department will update numbers daily for each county on its website, coronavirus.ohio.gov.

Following the press conference, she said, “As the volume of cases is expected to increase, we won’t necessarily have more data than date of birth and gender on the date of diagnosis. After that, we would begin the contact tracing and investigation process. Making a promise to maintain that level of daily detail does not seem sustainable in the long term.”

She said discovery of the case doesn’t come as a surprise but should serve as a reminder to residents to take necessary precautions to protect the health of themselves and their families.

“It is imperative that residents comply with the stay-at-home order issued on Sunday by Dr. Amy Acton, director of the Ohio Department of Health,” Balakos said. “We all must remain diligent to protect our most vulnerable citizens.”

Dr. Mark Kissinger, the health department’s medical director, said, “If you have any symptoms whatsoever, you should stay home.”

The health department has advised symptoms of the virus include fever, dry cough and shortness of breath, while some may experience gastrointestinal symptoms.

Health officials have noted most healthy people recover from the disease, with severe illness more likely in people with compromised immune systems or chronic medical conditions.

The health department has advised people to stay at home and isolate themselves until they have experienced no symptoms for at least 24 hours.

If symptoms are severe, they should arrange a visit with their health care provider, calling first to ensure the provider has taken steps to protect other patients.

In a previous interview, Balakos reiterated that the precautions being taken are necessary to slow the spread of the virus.

“I think (residents) should know that a pandemic does not equal death, a pandemic is based on the number of cases that we expect to spread,” she said. “We do still want people to take this seriously because we want to stop the spread. We want to flatten that curve is what we keep talking about. It’s critical that we protect the most vulnerable among our citizens.

“Though the majority of the citizens may not experience critical health problems, up to 20 percent of our residents will have serious health complications,” Balakos added.

“Following the research and recommendations will matter to people we have never met.

“This is an opportunity to save lives. Everyone can be a leader by example.”