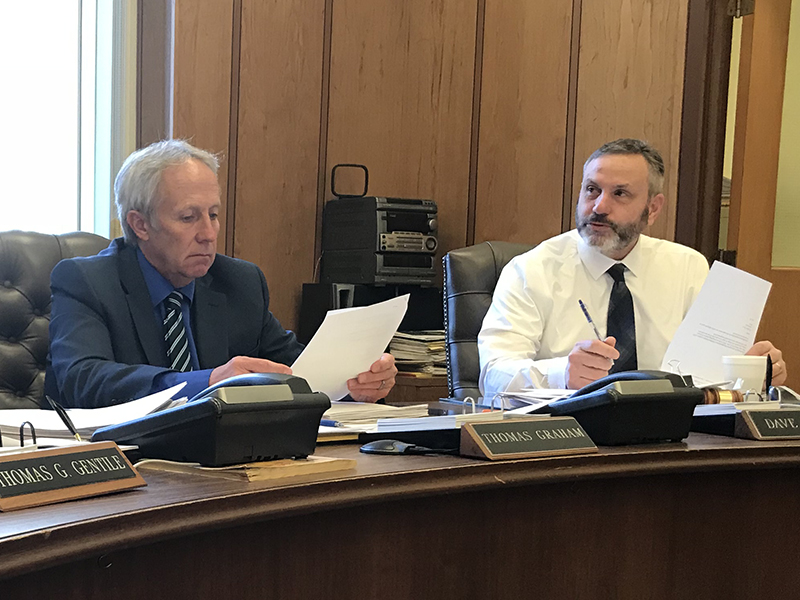 The act was recently passed by Congress and signed into law in response to the COVID-19 pandemic.

The changes brought about by the act were reviewed by the commissioners and the county prosecutor’s office to create guidelines for county departments.

The act is in effect through the end of 2020 and does not carry over.

The guidelines extend Family Medical Leave to those are unable to work or telework due to the need to care for one’s child whose school or child care provider is closed due to COVID-19.

“I know (Commissioner Dave Maple) put a lot of time in and really dug into this,” Commissioner Tom Gentile said, offering his appreciation.

The commissioners also approved a request for a $5,000 purchase order from the Jefferson County Emergency Management Agency from the emergency fund to purchase personal protective equipment, masks, gloves, cleaning supplies and hand sanitizers.

The request allows the EMA to make future purchases of such items if the need arises without having to come to the commissioners for further action.

“I had a conversation with (EMA Director) (John) Parker and while these aren’t needed at this time, he does have some vendors lined up,” Maple said. “Instead of trying to wait for a meeting, if he has to pull the trigger on buying some stuff, we can just issue him a purchase order for now.”

County departments continue to make changes in the wake of the pandemic.

County engineer Jim Branagan said in an effort to continue to limit interactions among employees, his department will go to split crews next week, with crews alternating weeks on and off.

“We’re really trying to keep it thinned out,” Branagan said. “We are trying to keep people from spreading the disease. We don’t want it to get into one garage, everybody there get it and have to isolate them.”

Branagan also raised concerns about what the economic effects of the virus could be, stating the department may have to cut back on contracts until there is a clearer picture.

“I applaud you, Jim, and I hope that other departments are looking at it the same way,” Maple said. “They should be looking earlier rather than later and not wait.”

The water and sewer department is putting testing for the transfer of the Richmond water system to the county on hold to avoid disruptions of service while people are stuck at home during the pandemic, Michael Eroshevich said.

“I don’t want to cause any disruptions or issues with water service at this time,” Eroshevich said. “I talked to the mayor, we’re going to wait a couple weeks and hopefully get it done.”

“That’s a really good move,” Gentile said. “People are afraid and scared enough, we don’t want to panic them.”

Earlier in the meeting, the commissioners discussed the Smithfield project with Eroshevich, who said talks with the EPA are ongoing regarding ammonia levels from the plant.

“We’ve got a lot of money tied up in engineering, we’ve got a plan in place, we bought that system based on being able to follow a specific course of action,” Gentile said, calling it a “moving goal post.”

“At no time during that period was the ammonia issue ever raised. Now, that were already this far down the road, they raise an issue.”

The contractors working on the project, which are from other states, are taking a scheduled week off and will determine after that if they can continue to work due to the virus situation and access to hotels upon returning.

Bids were received for two projects for the engineering department. Two bids, one for $124,286.50 and the other for $152,804, were read for the county Road 17 slip repair project. A third bid for the project came in too late to be read.

A contract for county Road 2 and county Road 56 resurfacing project was awarded to Shelly and Sands of Rayland. The bid was for $523,641.50.

The commissioners approved the hiring of Matthew Kendall of Martins Ferry as human resource administrator for the Department of Job and Family Services pending a background check.

“We interviewed a number of people for the position,” Commissioner Thomas Graham said. “They all have their qualifications, of course, but he was very good. We’re very happy to bring him on board.”

“When you look at the entire package of his education, his work experience, his background … his package fit our need the best,” Gentile said.

The resignation of Jonathan Sgalla, from the water and sewer district, was accepted. His reason for leaving is to take over the water department of a local municipality. Eroshevich noted this is the third time someone from the department has departed to run another department in the last year.

“It really is a byproduct of training our folks,” Maple said. “It’s not the first time we’ve trained someone to a level that they could move on.”

The commissioners signed the award agreement for the Jefferson County Drug Task Force to receive $20,000 it was awarded from the Edward Byrne Memorial Justice Assistance Grant. The task force has now received the grant for three consecutive years.

“This is nice that they continue to get this grant money,” Graham said. “One of the best things we ever did was create that task force.”

Commissioners also signed an agreement for the sheriff’s department to receive $7,000 in grant funding for SWAT training and equipment. 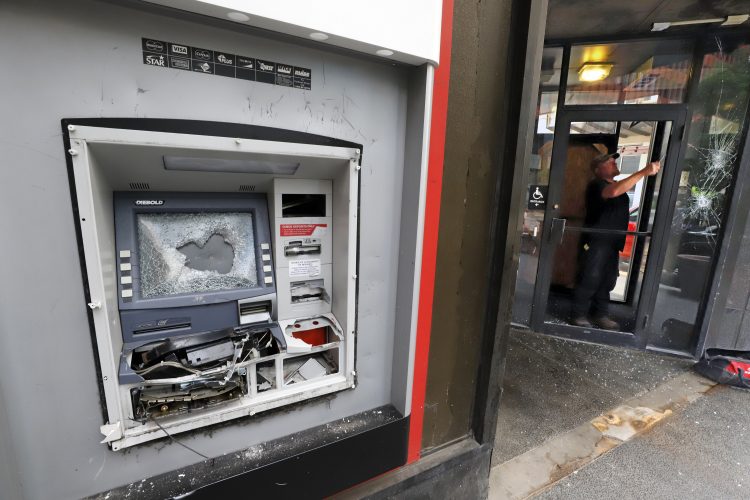