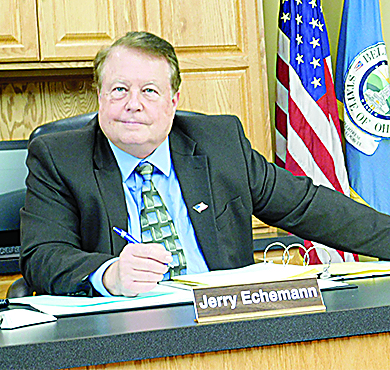 ST. CLAIRSVILLE — A potential ethane cracker plant took a step closer to becoming a reality Wednesday morning, when the Belmont County Board of Commissioners, Mead Township trustees and the Shadyside Board of Education all approved new tax agreements with the developers.

Port Authority Director Larry Merry said this was among the final steps to hopefully bring an ethane cracker plant to Dilles Bottom, culminating about six years of talks.

The bodies involved created an Ohio Enterprise Zone agreement to provide the project with a 15-year property tax exemption.

PTT Global Chemical America and Daelim Chemical USA would pay $38 million to the school district during the 15-year life of the agreement. Mead Township would receive $9.5 million during the same period.

Belmont County is estimated to receive between $20 million and $24 million in sales tax revenue from the purchase of goods and equipment during the construction phase.

PTTGCA and Daelim estimate there will be 450 direct and indirect permanent jobs needed for the project. In addition, thousands of workers would be hired to build the plant during the four- to five-year period.

Belmont County Auditor Anthony Rocchio said the taxable material on the site would have consisted of the structure itself, which he said would be about the size of a Wal-Mart, the land and outbuildings. He said other utilities on the site, such as pipes, would be industrial and non-taxable.

“Not nearly as high as what people think it is,” Rocchio said. “You can take the highest bracket that we have right now for an industrial property … and you’re not going to get anywhere near the valuation to what the school and township would need for them to receive the type of money they’re going to receive in this deal.”

“If there was no abatement, they would pay way less than what they’re paying to the township and the schools in total taxes,” Merry said. “They know how important it is to be part of the community.”

Rocchio also said if the companies commit to build a cracker plant, it will be years before it would enter production and turn a profit.

“It’s going to be years before PTTGCA and Daelim even see a dollar,” Rocchio said.

“Two companies committing billions of dollars now to our communities before they even see a dollar speaks tremendously.”

“Anything that is purchased to be used on that site in Belmont County, Belmont County will receive sales tax dollars for,” he said.

He said even if items are purchased outside of the state to be used on the site, Belmont County will receive sales tax.

Merry said the next step would be the final financial investment decision from the company.

“This will be the largest project in Ohio’s history,” Scott Owens, senior project adviser for PTTGCA and Daelim, said of the potential plant. He said a financial investment decision announcement could take place this summer.

“We have all of our permits. We have all the things that we need to date. If we wanted to start construction this afternoon, or start development tomorrow, we can do that,” Owens said.

He said about $200 million has been spent on preparing the site.

“We were pleased to be able to sign the EZ agreement this morning,” Mead Township Trustee Ed Good said. “This is going to enable us to upgrade our much-needed facilities and our infrastructure.”

Good said the trustees hope to use the influx of funds to level more federal, state and local dollars. He said Mead Township will receive $2 million up front within 30 days of an investment decision, followed by annual payments.

He said the township is working with the Ohio Department of Transportation to plan for the increased traffic. Good said the trustees have not received any negative comments about the prospective plant from any Mead Township resident since the possibility of a cracker plant was first announced.

Shadyside Superintendent John Haswell said the schools’ funding will be used to construct a new K-12 school for about $60 million. He said the district will seek further funding to supplement the $38 million.

“Once the announcement is made, 30 days later Shadyside Local School District’s going to receive a $4 million up-front check from PTTGCA and Daelim. Once the deal’s signed, we’ll be able to work on financing.”

Haswell commended the companies, which will pay $15 million to the district yearly during a two-year period, and $8 million in the first four years.

“Eight million dollars we’re going to get up-front from PTT, they are giving us that money and they are not earning a penny,” he said. 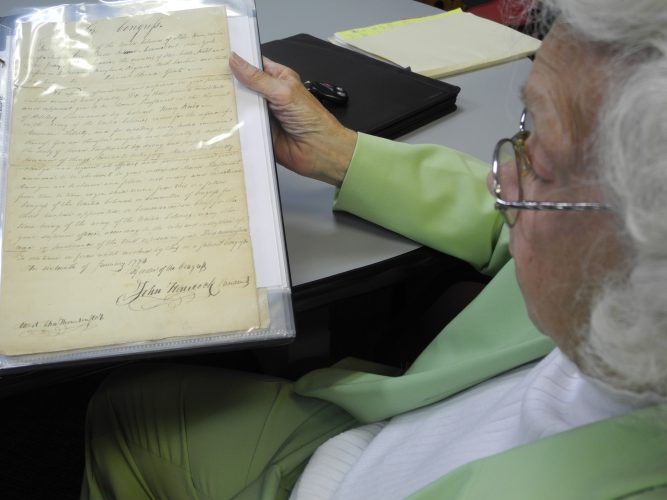 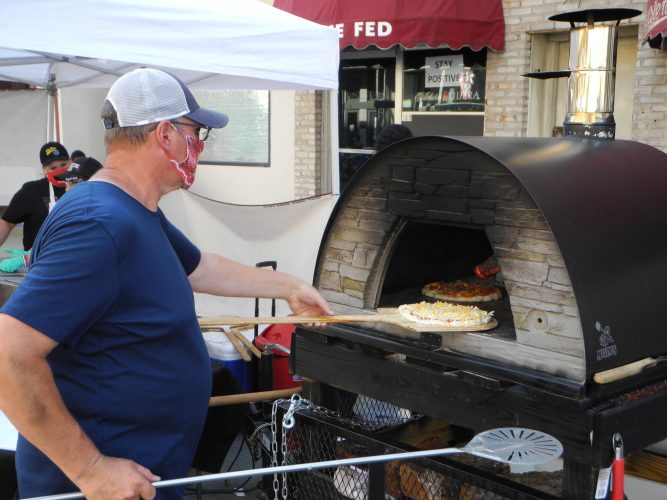