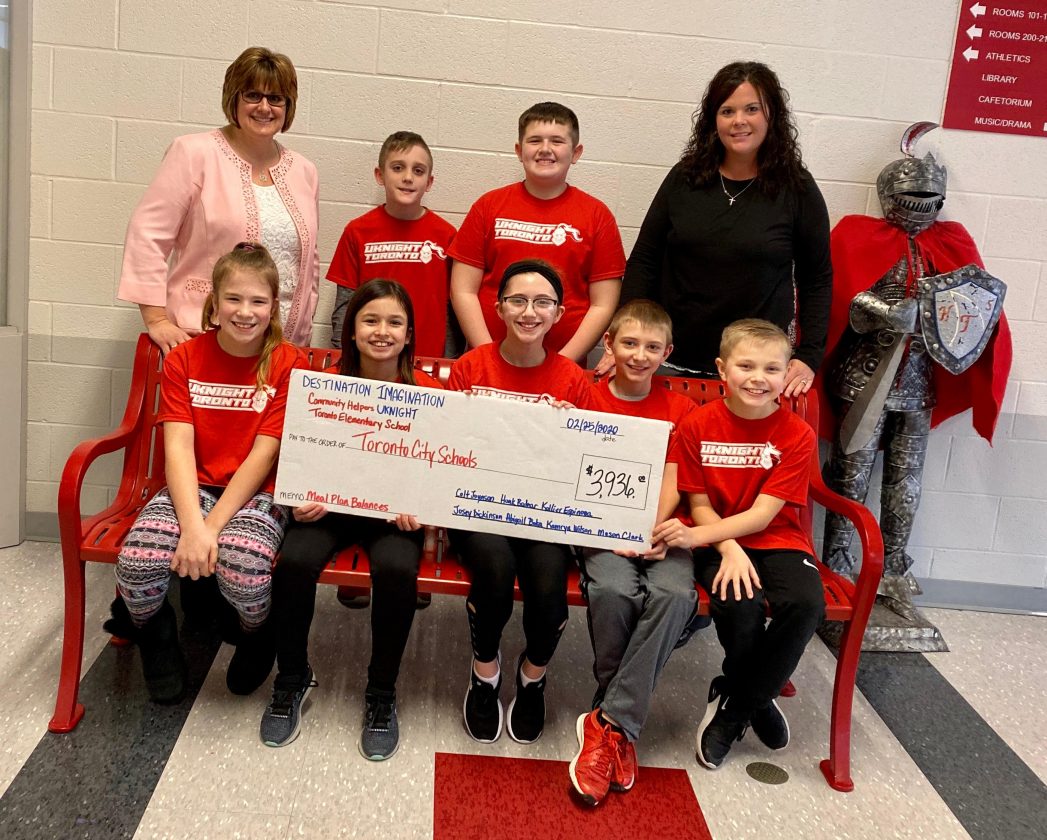 TORONTO — While preparing for a regional competition testing their problem-solving skills, members of the Toronto Elementary School “UKnight” Destination Imagination team set out to help fellow pupils in need.

The team will be among 71 from various grade levels in 15 school districts competing at the regional level of the Destination Imagination competition to be held today at Union Local High School in Morristown.

As its name suggests, participating students are challenged to use their imagination and teamwork to respond to various challenges involving science, technology, engineering, the arts and math.

Many students from Toronto Junior-Senior High School will join their younger cohorts in competing for the chance to advance to the state Destination Imagination competition to be held April 4 in Centerville.

A global competition involving thousands of students from many U.S. states and more than a dozen countries will be held May 20-23 in Kansas City, Mo.

She said after setting out to pay off delinquent school lunch bills owed by the families of classmates, the team exceeded everyone’s expectations by raising $3,963.

Silverthorn said the amount pays off all of the accounts with some left over. She noted pupils without money for lunch are served a cold lunch.

Silverthorn said the team, which is coached by several parents, raised the money by soliciting several local businesses and operating a concession stand many Saturdays during the Toronto youth basketball league games.

She said a local family donated snacks for the stand.

The team also sold T-shirts bearing their names with the help of Primary Print, a local business that provided the shirts at cost.

Silverthorn and Maureen Taggart, the school district’s superintendent, say they are very proud of the pupils’ hard work and of all of the Toronto students putting forth the effort to compete in Destination Imagination.