NEW CUMBERLAND — The Hancock County Park Board has started to plan its first Mutt Strut 5K.

Connie Mason, who came up with the idea, is spearheading the event. Mason explained the process of planning a 5K. She suggested using Wolf Creek Race Management as the race coordinator. Mason used Wolf Creek in the past and she liked working with them. She said Wolf Creek will set up a registration website and will provide bibs, medals and the start and finish lines. The board will have to find volunteers for clean-up and handing out water. Mason provided estimates for costs, but she did not have definite prices.

The board is tentatively planning to hold the race at the end of June in Tomlinson Run State Park. Mason, who also is involved with the park foundation, and she does not foresee any issues with holding the race there.

The board is looking for sponsors to cover race costs. Mason suggested asking business for $100 in exchange for being listed as a sponsor. They are planning to put the sponsors on the backs of the race T-shirts. They discussed listing the business names or using logos, but did not make a final decision.

The board also spoke to Elizabeth Walsh, the graphic design teacher at the JDRIV Career Center, about designing the shirts for the Mutt Strut. Mason explained her vision for the shirts. Walsh asked the board to come into class and talk to her students about the shirts. Walsh explained the meeting would give students the experience of working with clients. Mason volunteered to talk with the students. The board is asking the students to design the shirts as a community service project.

In other action, the board:

¯ Approved a packet Britni Recinella, park administrator, made to give to Steve Shannon, the construction teacher at JDRIV. Recinella has been talking to Shannon about having the students create agility equipment for the dog park. Shannon wanted to know what the board was looking for before agreeing to the project. The board is asking the students to create the agility equipment as a community service project. The board will be responsible for supplying the materials for the project. Board President Jeff Wargo reported the commissioners had someone who is to donate the materials. They plan to follow up to ensure that deal is still valid.

¯ Recinella announced they are waiting on an update regarding the fence repair.

¯ Amy Franey-Cunningham, board member, reported there is mud near the gate of the large dog park. She requested gravel to be put near the gate to manage the mud.

¯ Held its quarterly safety committee before the meeting. During the committee meeting they named board member Carla Laughlin the head of the committee. Every three months she will have to give county park employees a safety class.

¯ Ron White, park employee, reported the park’s truck inspection is due by the end of the month. The truck does have a recall on it and that will be complete before the inspection.

¯ Wargo congratulated Recinella for writing an article about the dog park that was selected to run in the quarterly West Virginia Recreation and Park Association’s newsletter.

¯ Recinella updated the board on the park system’s Facebook page. She reported the page has 191 new page likes, and she has posted a number of upcoming events which have received positive responses.

¯ The board decided to make the parks and events Americans with Disabilities Act compliant, members said they would start with making sure the parks have handicap-accessible portable toilets.

¯ Voted to update the pavilion rental contracts to eliminate confusion caused by the price tiers. Recinella will be creating a separate contract for Gas Valley because it is the only pavilion that has water and electricity.

¯ Voted to update the vendors contract to indicate vendors are responsible for cleaning up their space when events are over.

¯ Recinella will be reaching out to the schools to see if students could help with clean-up at the parks after events and to use it as community service.

¯ Recinella announced they are still having issues with the park’s state audit and the board will be talking to the state auditors. Recinella reported the company that said yes sent an expiring link and she could not access the bid. She will reach out to them to see if they are still interested in doing the board’s audit. The board voted to allow Recinella to accept a bid up to $5,000. 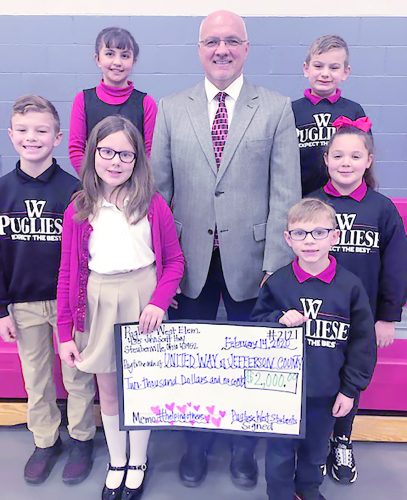 BLOOMINGDALE — The Jefferson County Joint Vocational School Board of Education is giving students another ...