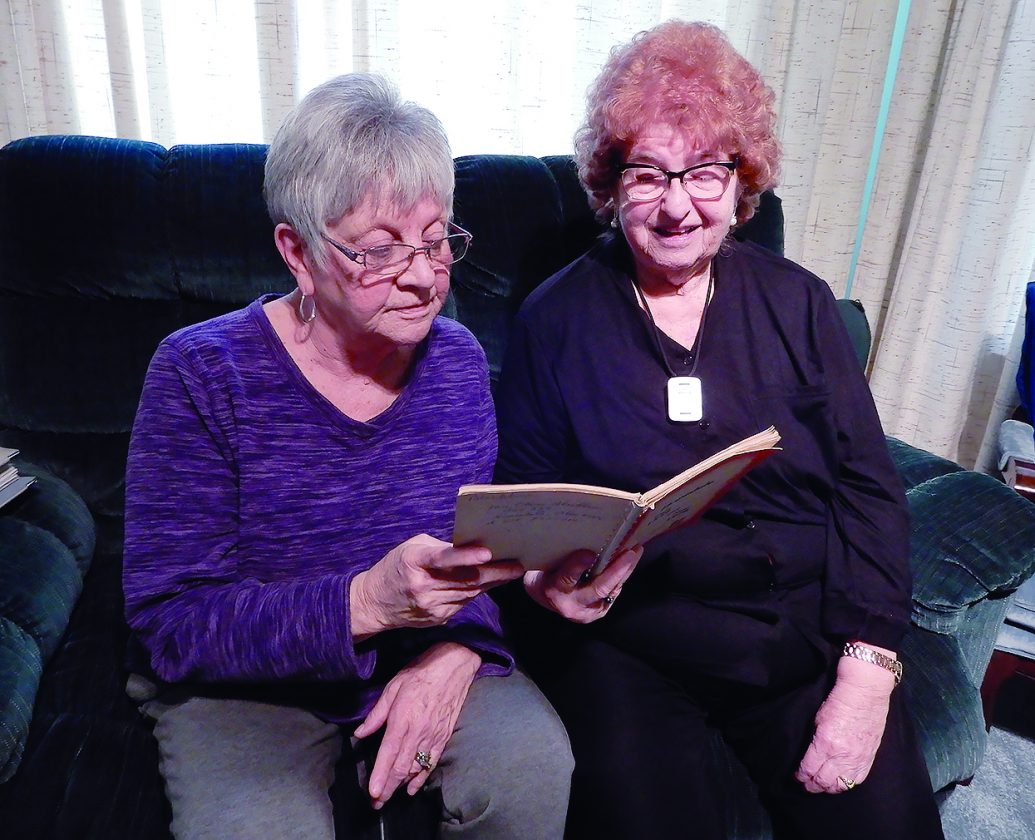 MEMORIES — Karen Jochims, left, and Claren Blackburn, members and officers for the Hopedale Alumni Club, look at the “Hopedale Then in 1849 and Now in 1976” book compiled by Lucille Kyle Taggart as a brief history of the area.

HOPEDALE — A school that stood the test of time will no longer be overflowing with those yearning for knowledge.

Hopedale Elementary School in the village is no more. Students now attend school in the new building in Cadiz.

But to those who attended the old school, after it was built to be one of the nicer halls of education, there is a sadness. A new high school was erected and used for the seventh and eighth grades as well as high school when it opened as a one-story structure in 1936, but work soon started on a second story and larger auditorium.

Some other changes were made and a portable building was used as a cafeteria. Then a new cafeteria and three classrooms were added in the early 1960s. In 1971, Hopedale High School graduated its last senior class, consisting of nine girls and eight boys.

This information was taken from the Hopedale Bicentennial Committee of 1976, and compiled by Lucille Kyle Taggart. Claren Blackburn, who was a teacher at the school and only about five years older than the students, and Karen Jochims, a student and majorette, are officers for the Hopedale Alumni Association and provided information for this story. Another officer with the alumni group is Shirley Rayburn.

The school grew and included an elementary and high school, and fielded a six-man football team which was called the Comets. It changed to 11 players in 1959, and joined the regular teams. The basketball teams were the ones to beat and were EORD champs for six seasons in a row. There are still members of the teams alive and are listed in the Cadiz Hall of Fame.

“There is something to be said for keeping school in the same town where students live, but consolidation talk started in 1961 and now it is done. Taking students from their hometown makes for a town without students around at lunch time, no Halloween parades or Christmas events,” Claren said.

One thing that will always remain is that Clark Gable went to school there, ran his wooden sled down the snowy fields, played in bands and acted in plays.

The home he lived in still remains as well. There is still much hope for the village yet. They have people who care about their little town.