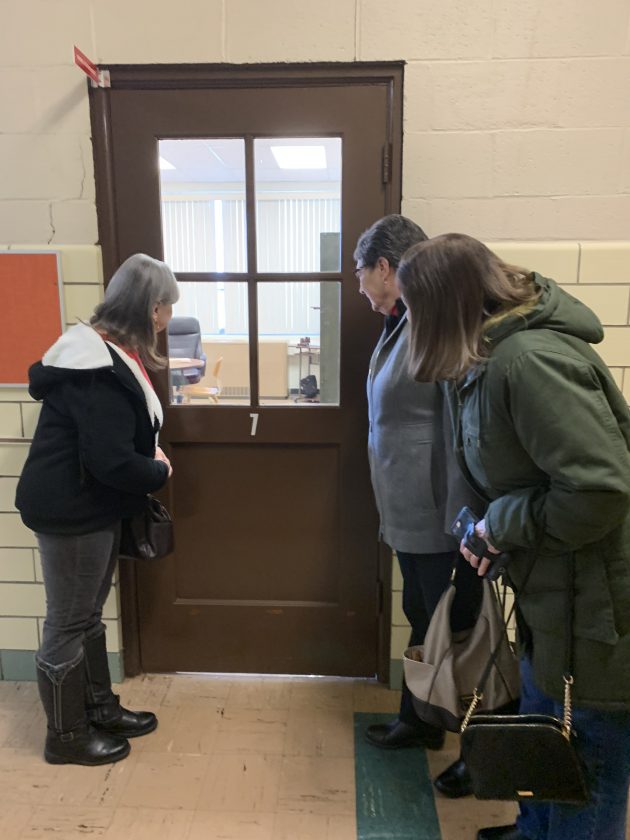 A WINDOW INTO THE PAST — Reveling Friday in their memories of the old Bantam Ridge School are, from left, Judy Semco Hoffman, Sheila Clark Peach and Violet Davis Hutton. Crews will begin demolition of the part of the building that used to house classrooms, offices and the gymnasium. (Photo by Linda Harris)

WINTERSVILLE — Sheila Clark Peach and her childhood buddies, Judy Semco Hoffman and Violet Davis Hutton, giggled like the schoolgirls they were 60 years ago as they walked the halls at the old Bantam Ridge school building Friday, peering into classrooms and reminiscing about their years there.

“We were the first class to start here,” Peach, now living in Toronto, said. “We started here in ’55, in first grade.”

“We’re old,” Hoffman chimed in with a laugh.

Just nine days from now, crews will begin demolishing the part of the Bantam building that once housed classrooms, offices and the gymnasium as part of a $63 million building project.

The work is being done in conjunction with the Ohio Facilities Construction Commission, which provided about $18 million for the project.

School officials opened the Bantam school building for tours Friday so former students and community residents could say their goodbyes to the building, which must come down to make way for the new Cross Creek Elementary. By lunchtime, Assistant Superintendent John Bent said 29 people had already toured the building, calling it a “nice turnout.”

“The last time I was here was sixth grade,” Hutton, now a Weirton resident, said, adding, “It’s in good shape, much better than the high school.”

Peach drew her friends’ attention to what used to be Bantam’s first grade classroom. “We were all together in first grade, 40-some of us,” she recalled. “Then, in second grade, they divided us.”

Peach remembered “lining up to get sugar cubes for polio” years ago, while Hoffman said she used to catch tadpoles in a pond during recess.

“And we had the best cook ever, Mrs. Unsworth,” added Hoffman, who still lives in Wintersville. “We had the best food … apple crisp and everything.”

A passerby asked the women if years ago they’d been able to find their names scratched on desks or bathroom walls.

“We didn’t do graffiti. Our teachers would have gotten us with the ruler,” Hoffman said, though admitting she got into her share of trouble.

“Usually, it was just for talking too much,” she said, laughing. “I remember Mrs. Beresford putting on my report card, ‘She’s good but she talks too much.'”

“I was quiet,” Hoffman’s brother, Richard Semco, said. “I’m 73, I’m not going to remember (much). But I remember we had a lot of fun on the playground. We couldn’t wait until they let us out.”

For Bob Coppa, it was more curiosity than nostalgia that brought him to the open house.

“I didn’t go to school here, but I used to run bingo through here for years,” he said.

Peach said knowing the building’s days are numbered “is sad.”

“But it’s progress,” she said. “We had a lot of good times here, and it will be a better school.”

Better or not, Hoffman pointed out when demolition starts it’s not just the building that will be razed.

“They’re tearing our memories down,” she said. “We spent a lot of time here. It’s the friendships, this is where we met.”

Superintendent T.C. Chappelear said they’ll break ground for the new building in April and the new elementary school should be open for the 2021-22 school year.

“They say you’ve got to break a few eggs to make an omelet, and everyone’s going to have to be flexible and cooperative,” Chappelear said. “The end result will be worth it but (there’s going to be) sacrifice and inconvenience.” 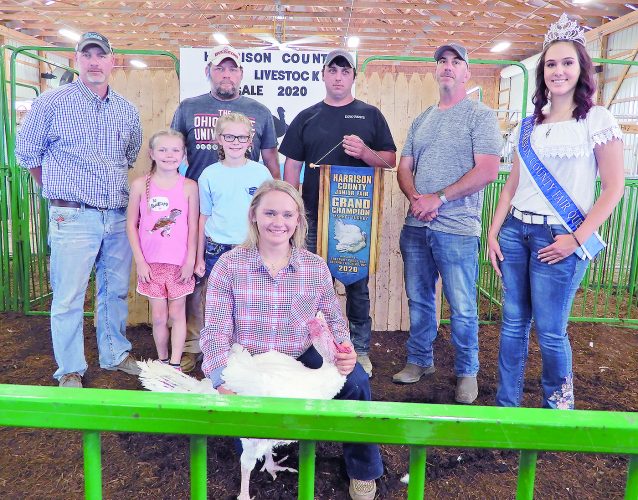 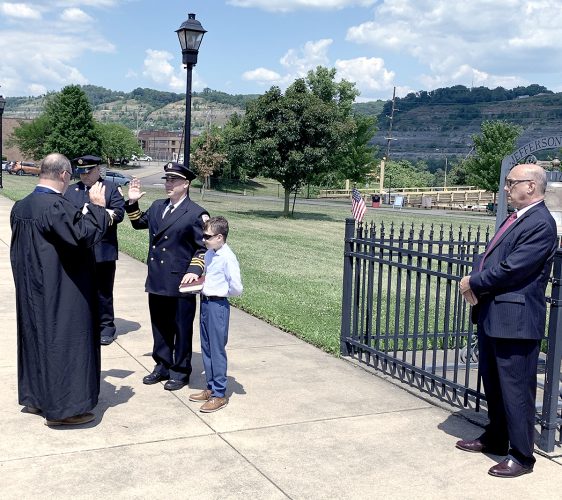