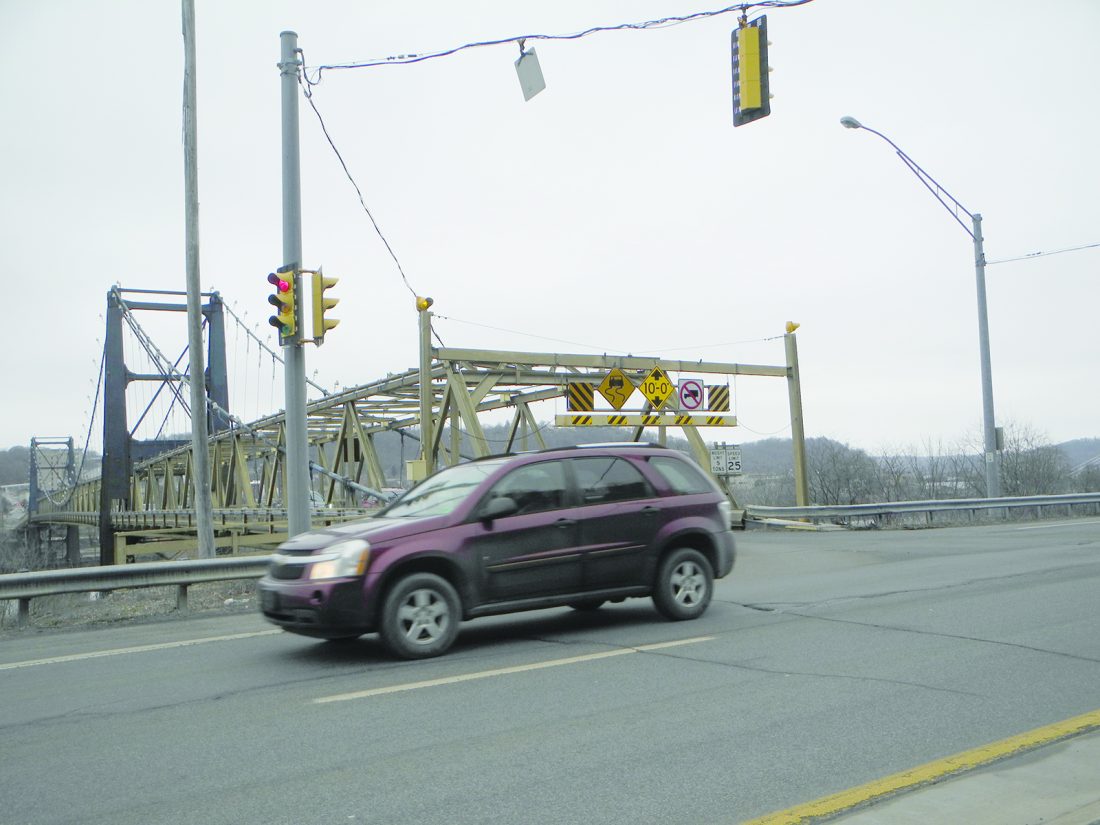 WELLSBURG — The Brooke County Commission Tuesday shared concerns about overweight vehicles using the Market Street Bridge and tabled a proposed contract for the design of a planned addition to the county courthouse for the county’s court facilities.

Commission President Tim Ennis noted he was among officials who pushed for renovations to the bridge that were completed in 2011.

Ennis said he’s concerned the overweight vehicles will cause damages leading to the span’s closure. He and fellow commissioners Stacey Wise and A.J. Thomas agreed to send a letter seeking action by the state Division of Highways.

Ennis said the 114-year-old bridge is still vital to the community, with about 7,000 vehicles traveling across it each day.

Noting the span’s posted weight limit is 5 tons, he advised drivers, “If you’re driving anything more than a pickup truck, you shouldn’t be on it.”

Years ago the state Division of Highways posted square metal frames at each end of the span to deter large trucks from entering. But the barriers have been struck by large vehicles whose drivers have attempted to cross it anyway.

In recent weeks two school buses, a truck towing a camper and other larger vehicles have been observed crossing the span and often scraping against the barriers.

Brooke County Sheriff Larry Palmer said more signage is needed to alert such drivers from a greater distance and even advise them to use the Veterans Memorial Bridge a short distance away.

Palmer said it seems many of the violators are not from this area and not familiar with the bridge.

He said as they turn toward the bridge, it’s too late for them to turn away.

Resident Chuck Wright disagreed, saying the weight limit is clearly marked, particularly from the northern side, and drivers should be able to u-turn before entering it.

He suggested posting cameras in an effort to capture the license plate numbers on such vehicles.

In other business, the commissioners tabled a recommendation to hire McKinley and Associates of Wheeling to design and oversee a proposed addition to the county courthouse.

The commissioners said they must consult their legal counsel about a proposed contract with the firm saying they don’t know its terms or the cost for McKinley’s services.

The building commission is a volunteer panel charged with seeking a loan and other revenue to build the addition, which would house the county’s court facilities.

Ennis said the commission hopes to secure a loan for the project, which could cost $5 million to $10 million, and has no plans to introduce a levy or bond issue for it.

Wise said there are no plans to draw from $55,000 reserved for courthouse improvements in the county’s ambulance excess levy. She noted that money has been used for local matches to repair or improve the existing building.

Ennis said the annex is expected to be about the size of the current courthouse. He said plans for it were spurred by two judicial orders citing concerns about security and access to the county magistrate court facilities in the Community Bank building on Charles Street as well as the courthouse itself.

He said the latter stems from concerns about people appearing for criminal hearings passing through the same entrance as visitors to other county offices.

Two armed security guards and a walk-through metal detector are posted at the entrance.

The move occurred after the magistrate courtroom and offices on the bottom floor of the courthouse were flooded in 2004 and was seen at the time as temporary.

In recent weeks the commissioners have moved the magistrate court facilities back to the courthouse, which Ennis said state Supreme Court officials have approved as a temporary measure.

In other business, the commission moved to advertise for the pavement of Mac Barnes Drive, the road leading to the county’s animal shelter and the recycling center established by the Brooke County Solid Waste Authority. 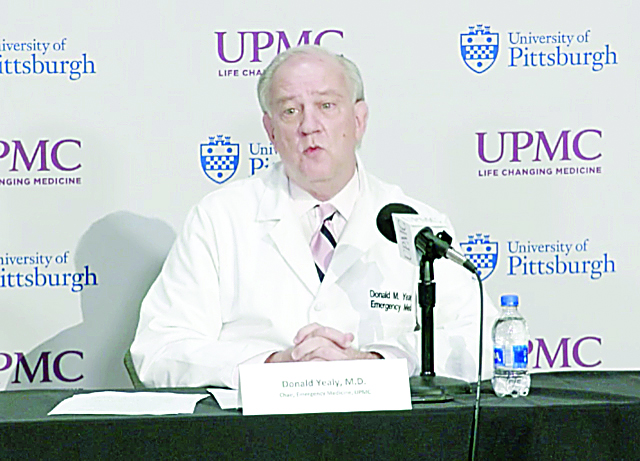 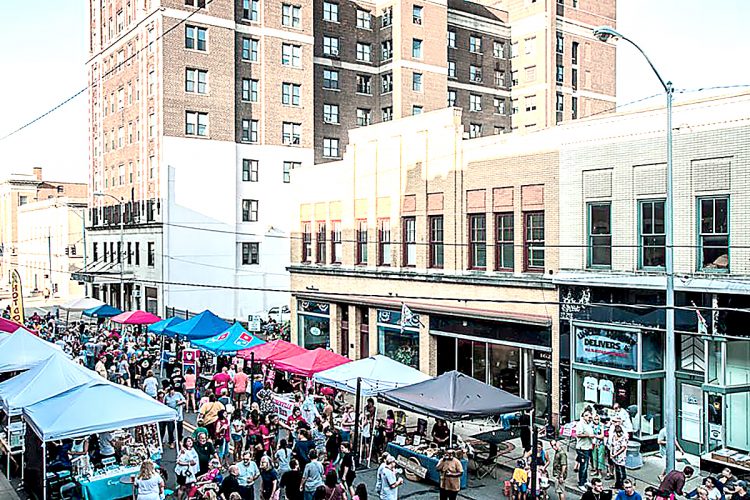 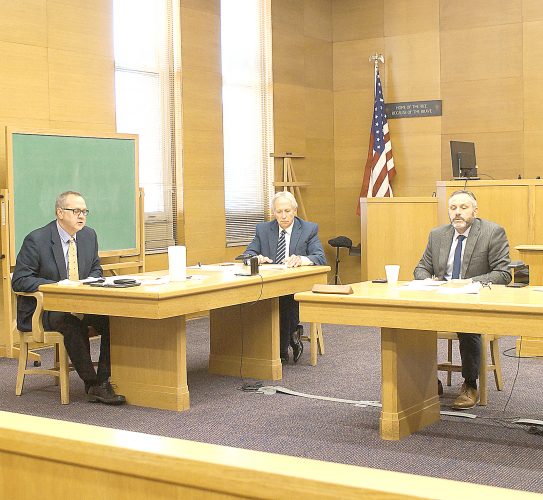