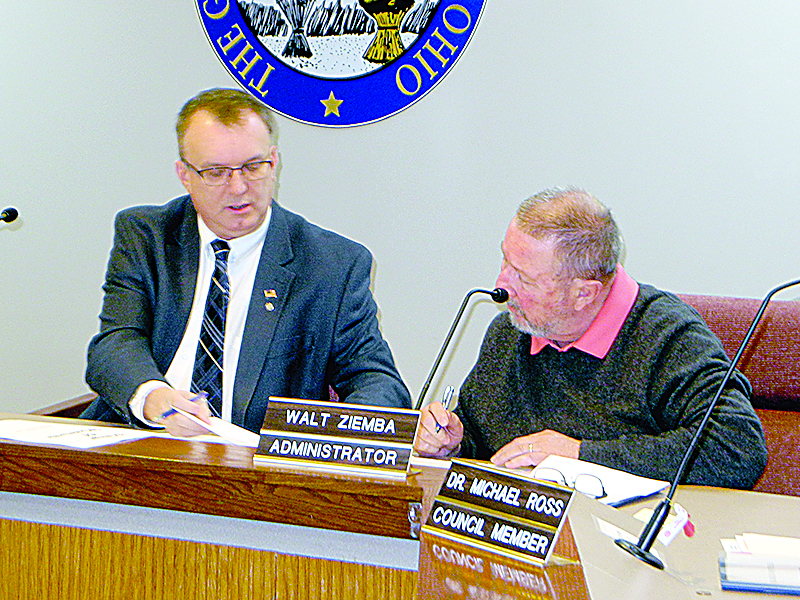 Village Administrator Walt Ziemba told council the village’s application for $500,000 to resurface Cadiz Road from the Kroger plaza past Indian Creek High School had been denied, but he will apply again.

Ziemba said the application was a victim of competition for a relatively small pool of money. The village was one of 27 applicants seeking a total of $8.2 million when just $2.5 million was available, he said.

Mayor Bob Gale said Main Street, from the plaza east to Wendy’s, will be paved, however.

Ziemba said as part of state Route 43, it will be paved by the Ohio Department of Transportation, which is expected to accept bids this spring, with its resurfacing slated for the warmer months.

Meanwhile, the village will seek its own bids for Fernwood Road from the Ruff Creek Market to the village’s southern border and the remaining section of Luray Drive.

Gale said paving crews will return to Meadowbrook Drive and Squirrel Hill Road, which were part of last year’s paving project but were delayed by inclement weather.

Ziemba said he’s nearly reached a goal of repaving all of the village’s roads that he set when he became its administrator in 2004, with Two Ridge Road and Grove Street, which leads to the municipal building, the only two remaining.

In his report, Ziemba outlined streets to be repaved during the next 12 years, depending on available funds.

Gale noted the future timeline for paving may be altered to coincide with water and sewer line replacements that require streets to be torn up.

Ziemba said the total cost for last year’s paving project was about $175,000, with the amount divided evenly between a grant from the Ohio Public Works Commission and local funds generated by the state’s gasoline tax.

To support road improvements, state legislators raised the tax by 10.5 cents per gallon in July.

Ziemba said the increase will generate about $100,000 for the village, a much-needed boost, but costs for paving continue to rise.

While reviewing Ziemba’s report, Councilman Jason Mattern noted the cost for asphalt increased from about $65 per cubic yard to $200 per cubic yard in the last 15 years.

He said many of the village’s 1,800 water meters date to the early 1960s, when the water treatment system was built. Replacing them will help to ensure customers are billed properly and to give him and others an accurate accounting of the water department’s revenue when planning future projects, he said.

Ziemba said about 300 meters were replaced earlier in part with a $105,000 grant and he will seek grants and low-interest loans to pursue the remainder of the $900,000 project.

He said about 20,000 feet of water line has been replaced in recent years and he will continue to pursue grants for future replacements, particularly in areas where the most breaks have occurred.

Ziemba said nearly $13 million in improvements have been done to the village’s wastewater treatment system through grants and low-interest loans.

A few council members applauded Ziemba and others for their efforts to reduce the village’s cost for such projects.

In other business, the mayor thanked Police Chief Art Fowler and his officers for their efforts in maintaining traffic after a section of state Route 43 was blocked this week by the 970,000-pound superload that was being transported to the MarkWest fractionator facility in Hopedale.

Mechanical problems led to it being stalled on Canton Road near U.S. Route 22. Following the meeting, Fowler said his department put in about 277 hours providing traffic control during the three days the load passed through and was stopped in the village.

He said manpower, fuel and related costs for those services will be reimbursed by the company that moved the equipment.