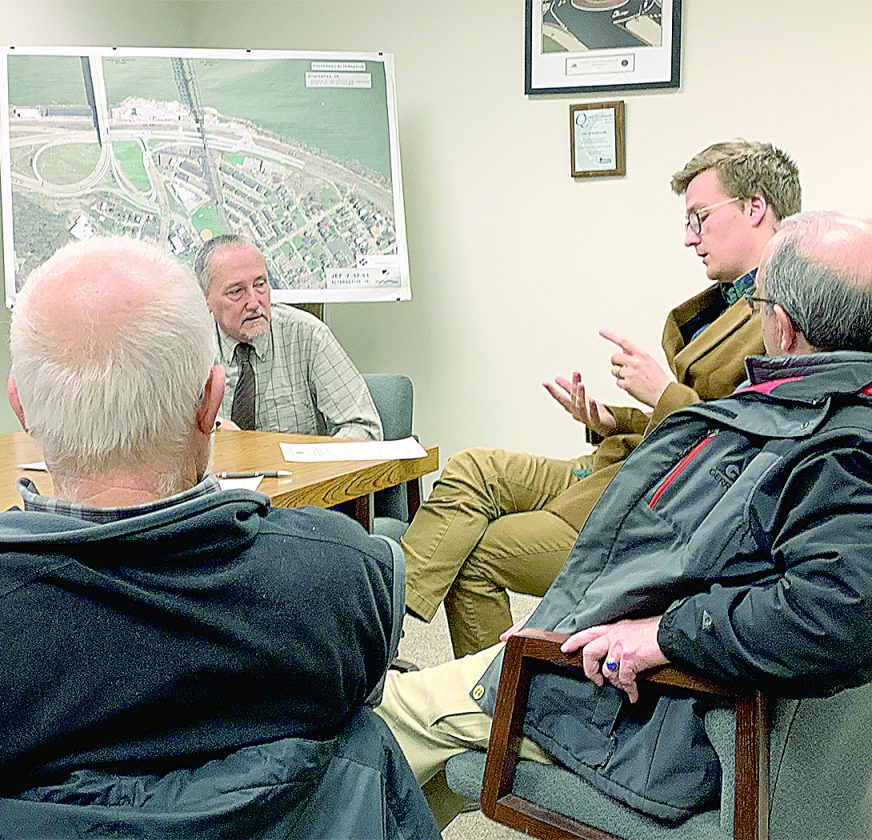 STEUBENVILLE — The Harmonium Project is going to try and help the city’s Historic Landmarks Commission shift the downtown dialogue from empty storefronts to possibilities.

At Thursday’s meeting, commission members met with the Harmonium Project’s Marc Barnes, who said their mission is to “help reinvent downtown Steubenville, especially with music and the arts that will bring people into the city and show off” its potential.

“It’s an opportunity to work with the city to promote something (beneficial) for buildings in our downtown,” Barnes said after the meeting. “It’s a collaboration.”

Urban Projects Director Chris Petrossi had arranged for commission members to tour several unoccupied properties on Fourth and Market streets in April so they could assess conditions in them for themselves.

“A lot of the buildings have issues,” said Petrossi, who several months ago suggested the commission needed to work with a younger, more social media-savvy organization to get word out about some of the properties that are available in the central business district. “We need to get them in the hands of people” who are prepared to address the challenges.

“Properties in the downtown have so much potential,” Barnes said, pointing out it wouldn’t be hard to create a database identifying properties that, with imagination and elbow grease, could be saved.

“Just knowing what’s available, then we could create short but very positive and honest videos we could target to people who want to make a difference in Steubenville. You have to be frank, you can’t sugarcoat things. The whole spirit of the campaign has to be one of rebuilding.”

Petrossi said if they “start in the core of the central business district … you’d be looking at three or four buildings on Market and seven or eight on Fourth Street.”

“I think it’s a great idea,” Barnes said, pointing out even people who lack the means to tackle a commercial fixer-upper could help spread the word on social media. “There are people who want to make investments in Steubenville.”

Petrossi said the Ohio Historic Preservation Office has offered to schedule training for members who’d be interested in exploring particular topics, such as the standards for renovating historic buildings. Chairman Alan Hall said he’d also like to learn more about what other small towns are doing to preserve historic properties, “what success stories are out there?”

Hall said there’s a “certain level of comfort” in the realization that other towns are grappling with the same problems Steubenville faces, “but there have to be success stories, that ‘this is what we did and it worked.'”

Changes at the auto show

History in the Hills: Some presidential visits