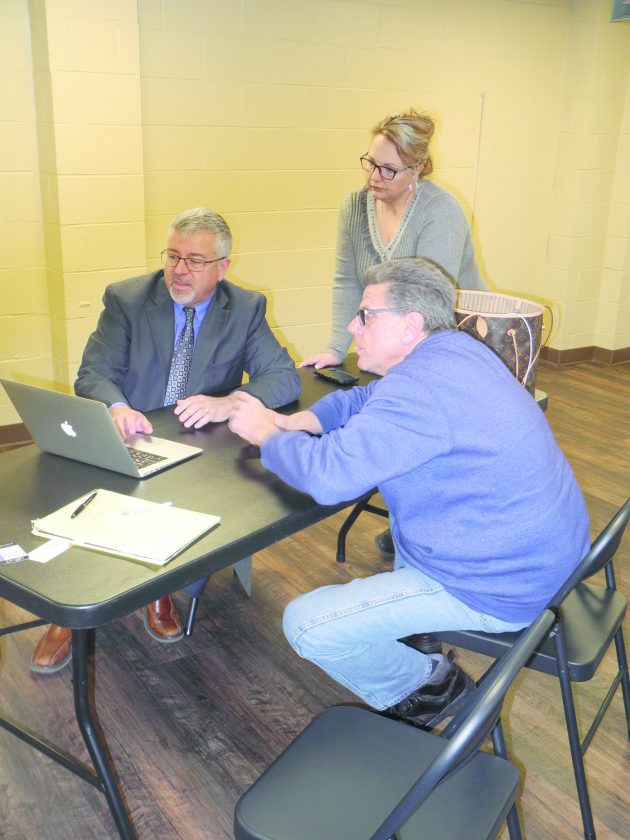 WELLSBURG — From residents seeking to work from home to emergency first responders trying to boost radio communications when responding to fires and other emergencies, many people in Brooke County agree there’s a strong need for high-speed Internet service, say staff with the Brooke-Hancock-Jefferson Metropolitan Planning Commission.

Initiated Monday and continuing today in Hancock County, the one-to-one sessions are intended to help Magellan develop a plan to support the extension of high-speed Internet service to as much of the two counties as possible.

He said a fiberoptic line is a strand of glass finer than a human hair but with almost unlimited capacity to carry data.

According to Magellan, under some circumstances such lines can transport a signal up to 40 miles without degrading and at the same speed in both directions.

“Fiberoptic is a valuable, real asset. It can be a big cost savings (to providers and users). And it can enable service improvements,” Laudeman said.

He acknowledged that unfortunately, many Internet providers have little interest in serving rural areas with few or no concentrated areas of homes or businesses because of the initial cost to establish fiberoptic networks.

The planning commission ultimately hopes to team Internet providers with local government entities that may apply for federal money to support such extensions while also easing permitting, right of way and other conditions the providers must meet.

Laudeman said without high-speed Internet service, local residents who work in Pittsburgh can’t entertain the option of working from home and newer, high-tech businesses with high-paying jobs won’t consider moving into the area.

“People who aren’t here in the valley yet are the future and they’re coming with their own expectations,” said Rekowski, who was among several public officials who met with BHJ and Magellan Tuesday.

Also on hand were representatives of the Brooke County Sheriff’s Department and Emergency 911 Center, who discussed efforts to boost radio communications in the county.

Christina White, the county’s emergency 911 director, said terrain has created dead spots in many areas that have prevented first responders from using radios and cell phones.

She and Sheriff Larry Palmer said efforts have been made to boost radio signals through use of a West Liberty tower in cooperation with the Ohio County Commission.

Palmer, who sits on the radio interoperability committee of the West Virginia Sheriff’s Association, said there also are plans by the state’s Office of Homeland Security to upgrade equipment on more than 150 towers in the state using more than $20 million in federal and state funds.

He said improvements to the West Liberty tower are expected to occur in late spring or early summer.

But Palmer said fiberoptic connections would help ensure better communication between first responders in many areas of the county.

Ward said through a survey posted online, sent home with students and circulated through local libraries, BHJ has heard from many who say they would benefit from access to high-speed Internet.

She said respondents have included residents who say they could use it to work at home or operate their own business there.

Ward said BHJ also has heard from students who have gone to local libraries or fast-food restaurants to access the Internet so they could do school work because the Internet isn’t available or affordable for their families.

She said BHJ will be accepting responses through February.

The 10-minute survey can be found at bhjmpc.org/brooke-and-hancock-broadband-survey/ and the Facebook page bearing the commission’s full name.

STEUBENVILLE — The Jefferson County commissioners on Thursday discussed zoning around the county airport and the ... 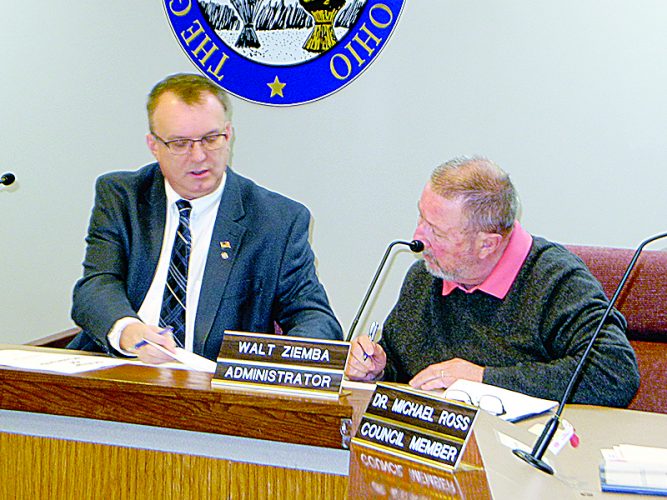 WHEELING — A Steubenville resident has admitted to having a role in a crack cocaine, heroin and fentanyl ...

Man arrested after slow-speed chase STEUBENVILLE — City Police looking for a man involved in a shoplifting ...

NEW CUMBERLAND — The suspect in a series of shooting incidents in the New Manchester area from August is among ...