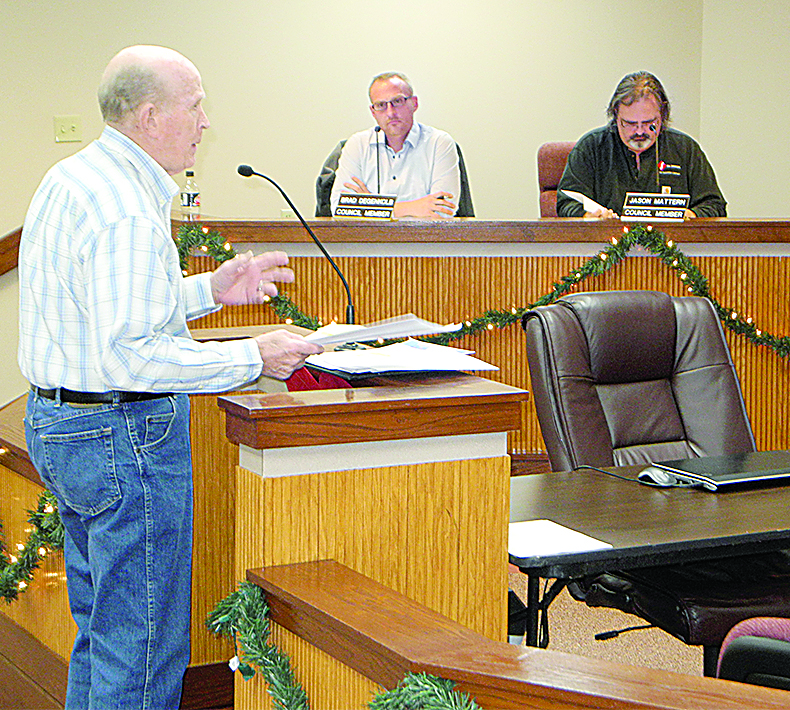 WINTERSVILLE — Plans to raise the village’s building code fees and pay for village employees moved forward with the approval Thursday of the first readings of ordinances for those measures.

Mayor Bob Gale said the village’s building fees haven’t been raised in 20 years and the increases are needed to cover the salary of a part-time building inspector and other costs involved in conducting inspections.

“They’re needed so we will break even. (It’s) not a money-maker,” Gale said.

Pending approval of second and third readings, the $75 zoning fee paid by residents and other property owners for construction, reconstruction, alteration, improvement, enlargement or relocation or any structure or related excavation will be raised by $25.

The fee paid by contractors or subcontractors for such work will be raised from $50 to $75.

An application fee for building permits will increase from $15 to $25.

The second reading will come before council at its next meeting at 7 p.m. Dec. 19.

In related business, Gale said the village has advertised for a new building inspector. Tom Straka, an auxiliary officer for the village police department for many years, had served in the position until his recent retirement.

Also slated for a second reading are pay increases in 2020 for the village’s 26 full-time employees.

In related business, council agreed to switch the health care provider for employees to United Healthcare at a cost of about $328,000.

Gale said the village faced a 25 percent increase, about $48,000, with its previous health care provider so the finance committee considered others.

He said coverage from United Healthcare will be about $13,000 more than the previous cost, but it was found to be the most affordable with coverage similar to employees’ current plans.

Council also heard from Bob Laukert, its representative to the Brooke-Hancock-Jefferson Metropolitan Planning Commission, who updated it on the organization’s efforts.

Laukert said 425 residents responded to a recent survey conducted by BHJ, sharing what they feel should be its goals.

They included supporting more public transportation for everyone, maintaining roads and other infrastructure, maintaining and developing recreational opportunities and supporting environment- and community-friendly business development.

¯ Gale said the village’s Christmas lighting contest will be conducted Dec. 21 and Dec. 22, with he and council members each nominating six homes for consideration. Residents interested in winning a $50 prize should have their lights illuminated those dates.

The winners are slated to be announced at council’s Jan. 2 meeting.

¯ Council approved a $750 donation to the Ray Laman Christmas Party, which will be held by volunteers at 10 a.m. Dec. 14 at the Wintersville Fire Department.