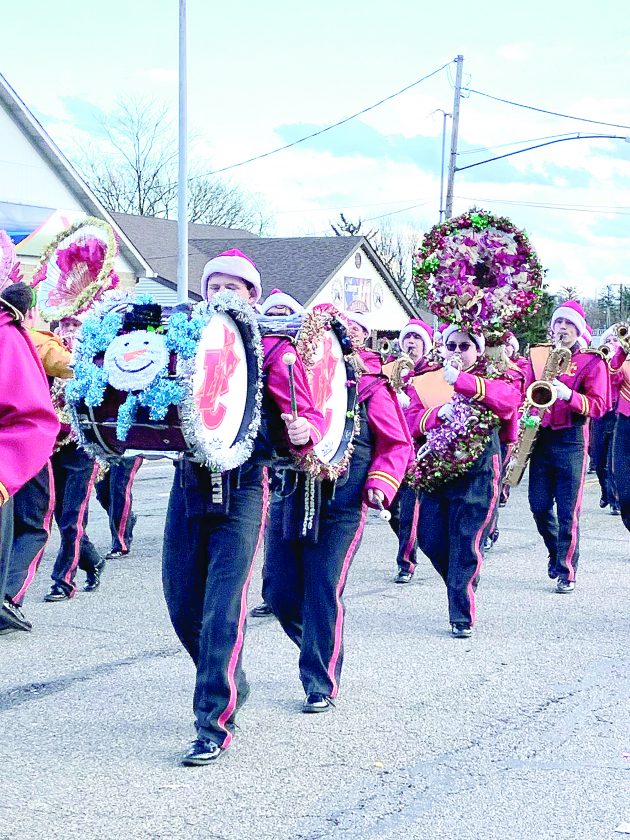 PART OF THE EVENT — The Wintersville United Methodist Church was among the many participants in Sunday’s Wintersville Christmas Parade. — Linda Harris

Son Elijah, 3, sat patiently in his stroller while his mom worked to calms his little sister.

“We tried to go to the Weirton parade but the baby didn’t cooperate,” Kevin Swiger said. “That’s why we came to this one — Elijah wanted to see Santa, and his birthday is today.”

Parade-goers began staking out their vantage points well before the start of the parade, which saw more than 30 units spreading holiday cheer and handing out treats on Main Street.

“It worked out very nice,” said Council President Bob Merriman, who, with Village Administrative Assistant Tammy Straka, coordinated the parade. “It was nice to see the great support of all the people coming out and the participants in the parade. And the weather was good, (the rain) held off. I’m very pleased.” 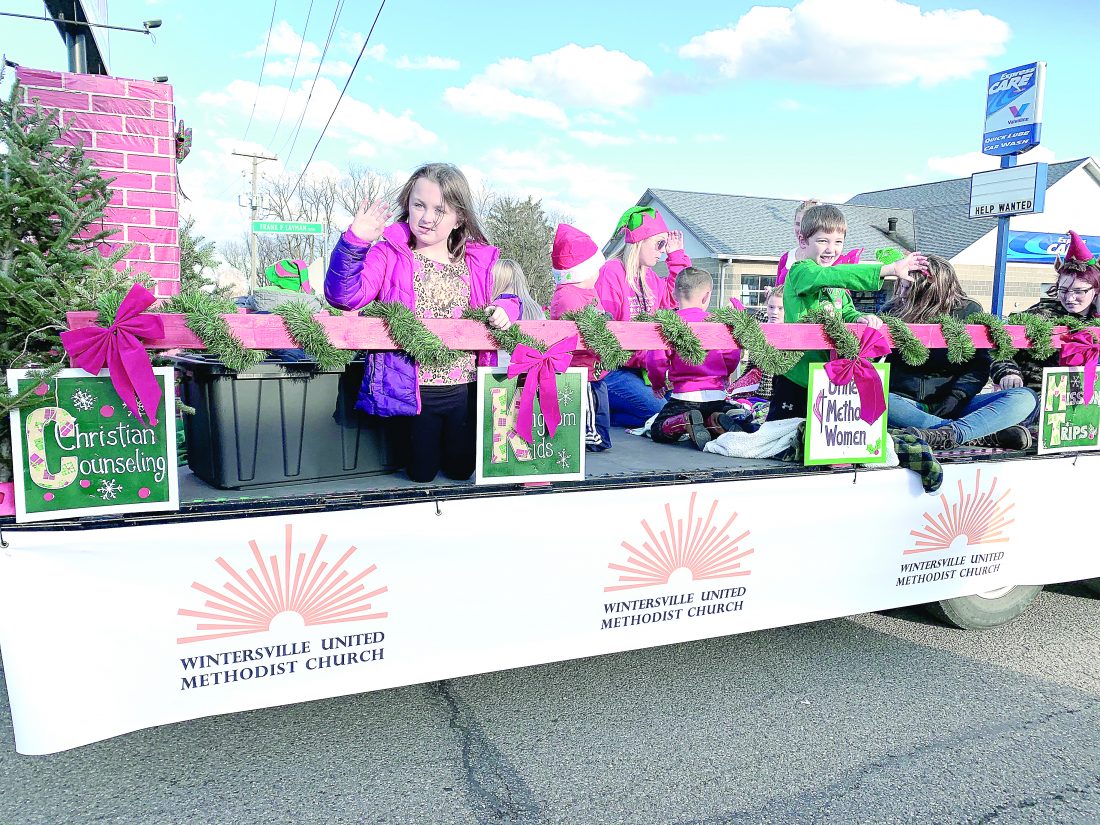 PART OF THE EVENT — The Wintersville United Methodist Church was among the many participants in Sunday’s Wintersville Christmas Parade. -- Linda Harris

This year’s grand marshal was the Indian Creek football team.

“I thought that was rather nice,” Straka said. “They did an excellent job at playoffs, I was very excited for them. And it was nice to see all the kids on the float.”

“I was very pleased with everything,” Straka said. “It went smoothly, everybody was very patient while we got them out on the route. Everything was very nice and people seemed happy.”

As the breeze picked up, village resident Richard Cesta said he was glad he’d grabbed a toboggan before he left home, adding he was waiting for his wife Jennifer, the library’s communications director, to pass.

Ten-month-old Adalynn Bane seemed to enjoy the festivities, not even flinching when the police car rolled by with sirens blaring to announce the parade had begun.

Straka said she’s been coordinating the parade “since I started working for the village, and I’ve been there 20-some years,” she said. “Sometimes it’s a lot easier than others. This year things went rather smoothly, I think.”