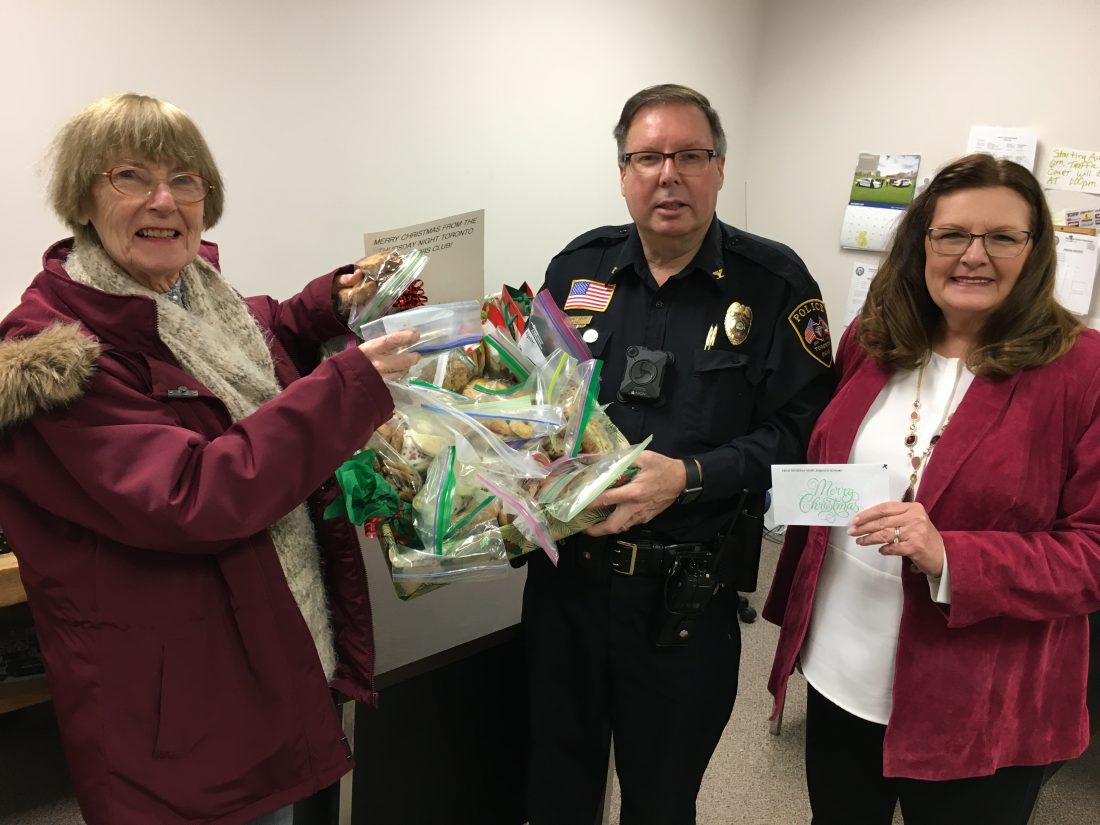 SAYING THANKS — The Thursday Night Toronto Seniors on Friday presented Toronto police officers and firefighters and members of TEMS with Christmas cookies and Subway gift cards as a way of saying thanks for their work. Presenting the cookies and gift cards to Toronto Police Chief Randy Henry are Doris Matyas, Thursday Night Toronto Seniors president, left, and Judy Bickler, vice president. (Photo by Mark Law)

TORONTO — City police officers and firefighters and members of TEMS got a thank you on Friday in the form of Christmas cookies and Subway gift cards from the Thursday Night Toronto Seniors.

Judy Bickler, club vice president, said the organization presented cookies to the police officers and firefighters last year and was told nobody had ever done that for the first responders.

Bickler said the group collected donations this year and members were also able to present 70 Subway gift cards valued at $6 each to the police officers and firefighters and members of TEMS. She said Subway donated a free card. The group also made 90 dozen cookies, she said.

“We said we need to make them pots of soup. A lot of older people can cook really well,” Bickler said.

Bickler was joined by Doris Matyas, club president, in making the presentations.

“They put their life on the line. It is a very dangerous job for every one of them. They go into burning buildings. That is amazing,” she said.

“It is nice to be appreciated,” he said.

Henry said such donations have never happened in the past.

“In the last year or so, it seems to be happening more and more,” Henry said. 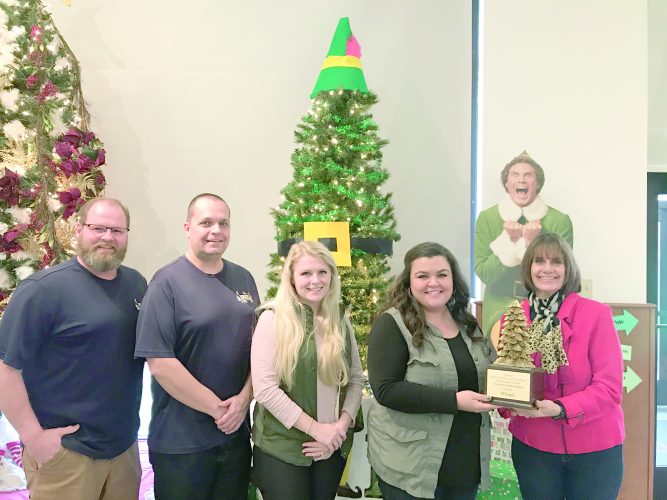 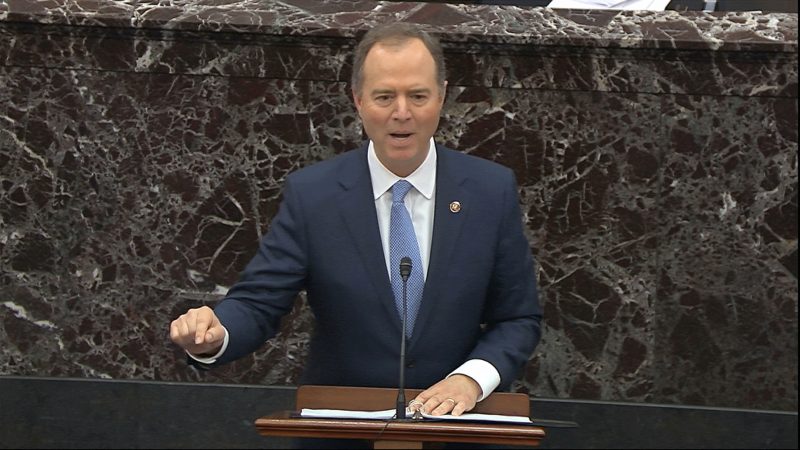 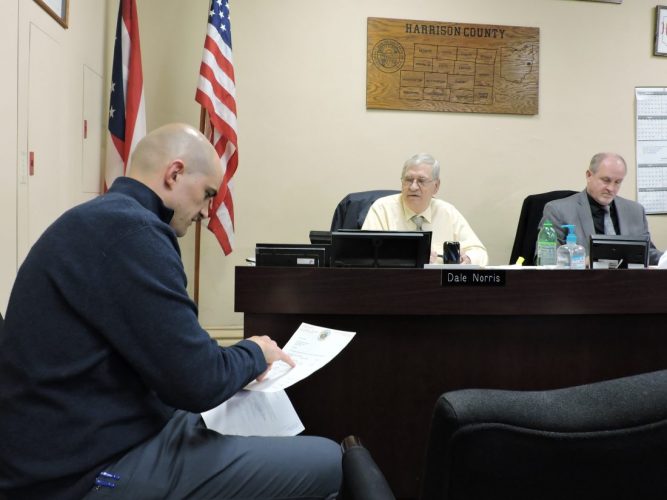 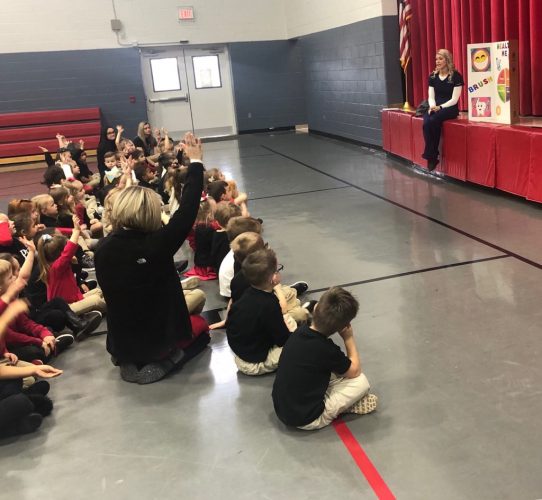 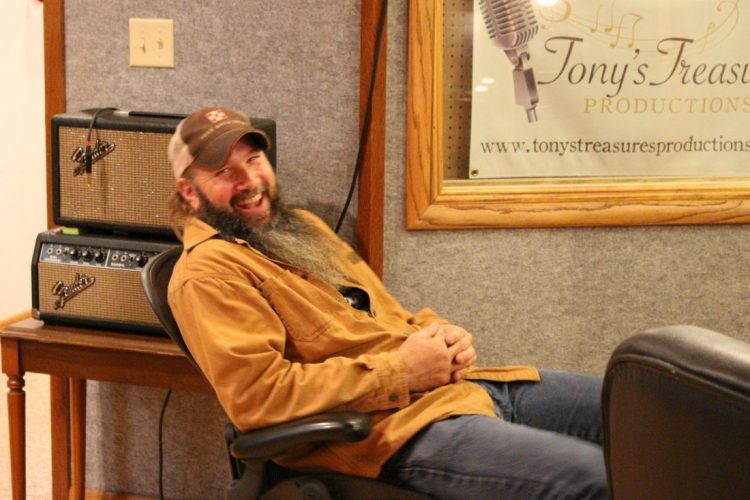