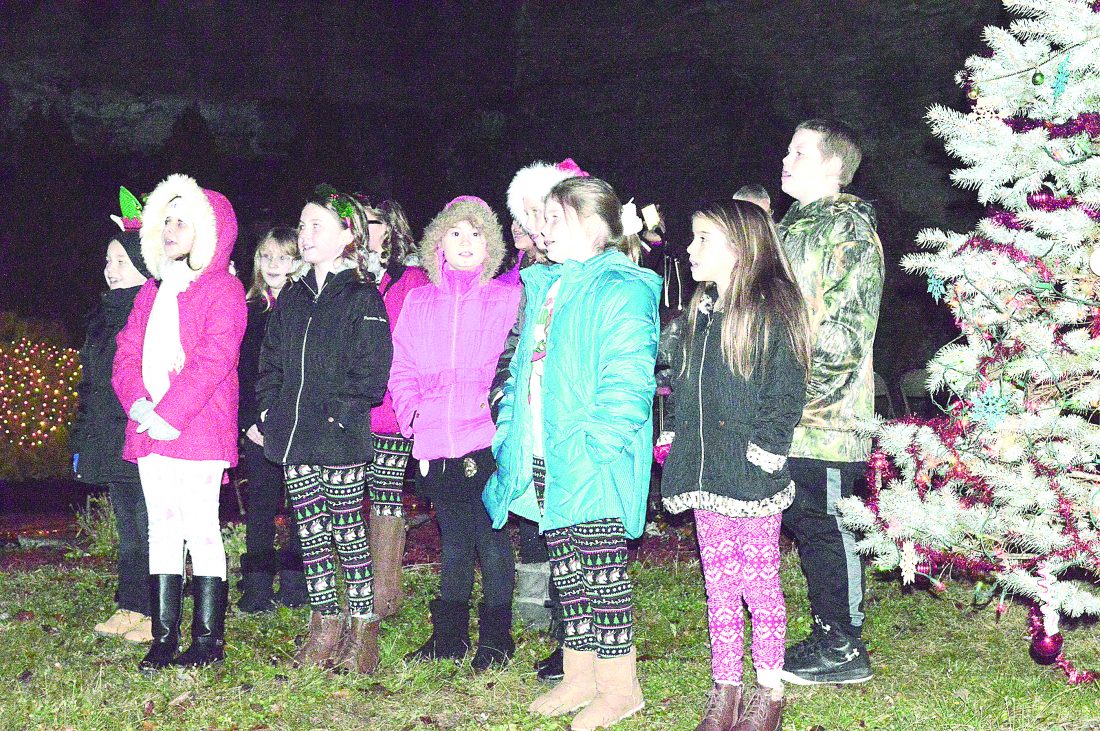 MINGO JUNCTION — Residents braved chilly temperatures and a steady sprinkle Monday while welcoming the Christmas season to the village during the annual tree-lighting ceremony.

The evening’s entertainment, which included caroling by the Hills Elementary School Choir and seasonal music from the Indian Creek High School band, culminated with the lighting of the two village trees, which Mayor Ed Fithen said were donated by Softite Community Federal Credit Union and Mingo Junction Social Services.

Jefferson County Commissioner Tom Gentile, who had kicked off the evening’s entertainment by leading the crowd in saying the Pledge of Allegiance, had the honor of pressing the ceremonial button that lit the tree and decorations in the city and lamenting the absence of longtime organizer Sophie Schoolcraft, who was ill. That was a sentiment echoed by several others during the course of the evening, all of them wishing for a speedy recovery for Schoolcraft.

The Hills choir delighted the crowd, performing a handful of traditional Christmas carols before closing their performance with “We Wish You a Merry Christmas.”

In addition to performing the national anthem, members of the band treated residents to their arrangement of “Santa Baby,” as well as an up-tempo number in response to calls for an encore.