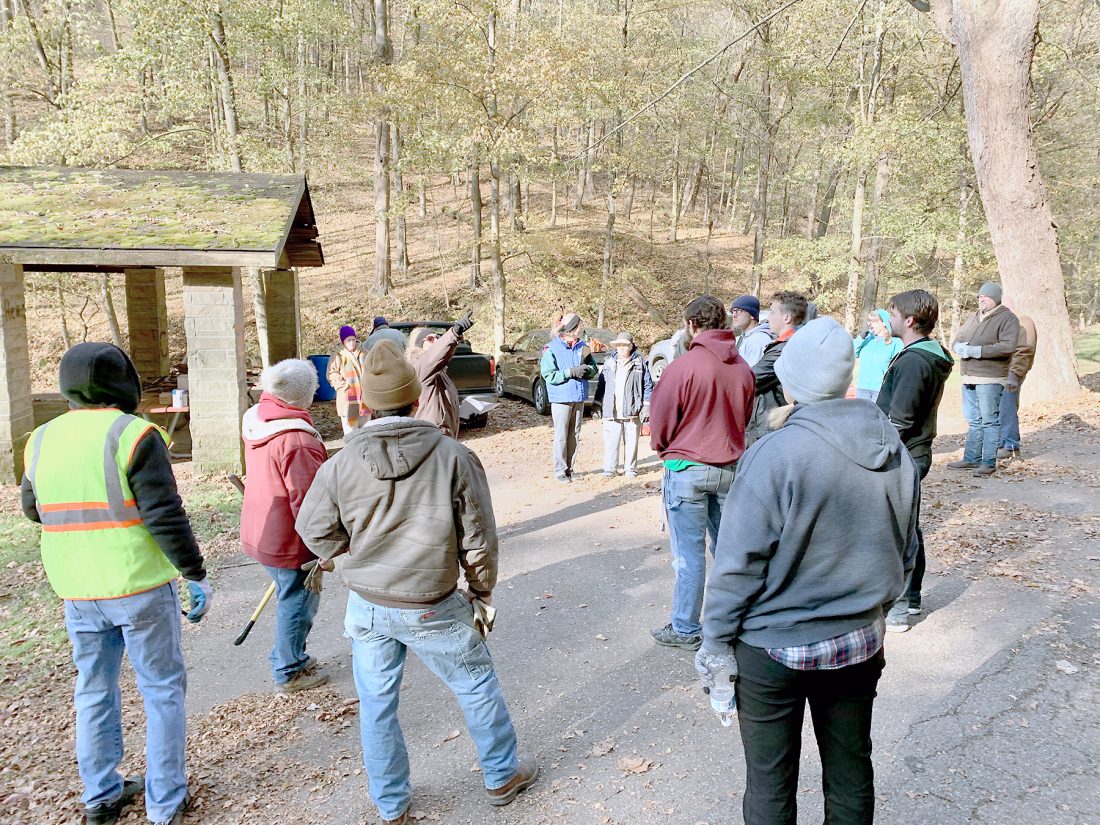 STEUBENVILLE — More than 20 volunteers ignored the chill of the morning Saturday to locate, walk and mark Beatty Park’s hiking trails.

It was, several said, a labor of love.

“No one utilizes this end of the park,” organizer Flora VerStraten-Merrin told the group gathered at the start of the day. “There were five trails originally, four of them we’re trying to discover today. If we can find the four trails, we want to mark them. There are 99 acres of trails throughout (the park), we want to try and find them.”

That was a little more complicated than they’d expected, Councilwoman at large Kimberly Hahn said.

“They found trails splitting off of trails in interesting ways,” Hahn said. “I don’t know that we’ve mapped all the trails yet and we definitely have to go back and measure them. But I think it was very encouraging, overall — on most of the trails they found almost no trash, and some trees needed to be cut and moved to the side, but not as many as we anticipated. And there were people out enjoying the park, which was wonderful.”

Beatty officially became a city park in 1930, though it had been considered a recreation area since 1874.

“This is a park within city limits — it’s our very own ‘Hundred Acre Woods,’ in essence,” Hahn said. “These are trails forged by past generations that we’re uncovering.”

Steubenville native Linda Hilty said she grew up on LaBelle, so she’s familiar with Beatty’s beauty.

“I’m just surprised more people don’t know about it,” Hilty said. “I like nature, this is just a gem in the rough.”

Joseph George, a Wichita resident, stood quietly with his friends, listening to VerStraten-Merrin’s instructions. The Franciscan University of Steubenville freshman said he likes doing his part in his adopted community.

“I was born here,” said George, one of several members of the school’s rugby team to volunteer to help. “My parents were going to college here when they met and married. I kind of feel like this is almost my home away from home. I also want to help with projects no matter where I’m at, really.”

The park has been repeatedly targeted by vandals in recent years who have damaged restrooms, torn the pillar caps from a historic sandstone bridge at least twice, painted graffiti and even caught the playground and a shelter on fire. And earlier this year police caught a fugitive wanted for two attempted murders in Florida riding an all-terrain vehicle in the park, tearing up the grass.

Hahn said they also need to figure out a way to prevent motorists from driving into shelters.

But VerStraten-Merrin, who is compiling historical information, anecdotes and photographs for a book on the park, said she’s confident Beatty Park “can be reinvented” with activities like hiking, picnics, playgrounds, and even an outdoor amphitheater for music and theater productions.

“When I grew up down here we had that — we had a Wizard of Oz production here,” she recalled. “I remember sitting up on the hillside, looking down. That was probably 1962 or 63. I was a little girl then but I never forgot it.”

Finding and marking the trails, she said, means “this part of the park can be used right now.”

Hahn said Saturday’s volunteer project marked “the official beginning of the Friends of Beatty Park,” a project she’s been working on for several months.

“Our hope is to uncover the treasure that Beatty Park is,” she said, adding, “The turnout today was great, and a lot more people have expressed interest in helping out than were able to be here today. I think we’ll have a lot of interest come spring, so we need to use the winter to figure out what we want to do, how to move it forward.”

Hahn said she’d like the Friends of Beatty to set goals, like replacing the shelter roof destroyed by the fire earlier this year, and working with Parks and Recreation Director Lori Featherolf to explore the grant opportunities for things like repairing and reopening the historic sandstone bridge and creating an outdoor amphitheater by the old pool.

She said they’re also working on plans for an Octoberfest celebration next year, “and if they’re working on (theatrical) productions at Franciscan or the high schools, maybe we could get them to come and do 15 minutes of a show as an advertisement, or maybe they could do a production just for Octoberfest.”

“That’s the big picture,” she said. “Today is just the beginning.” 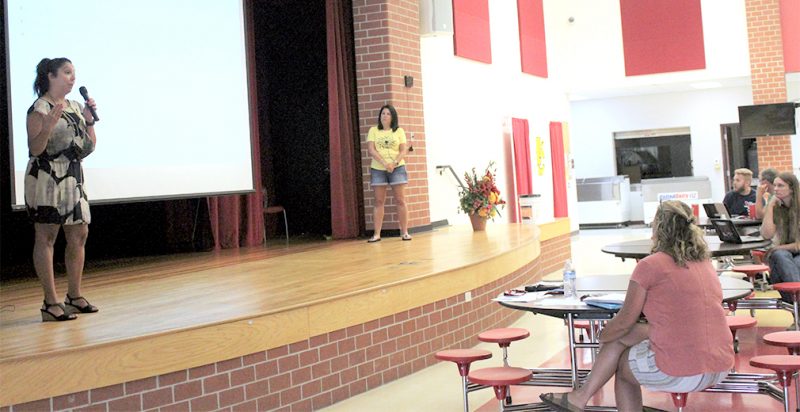 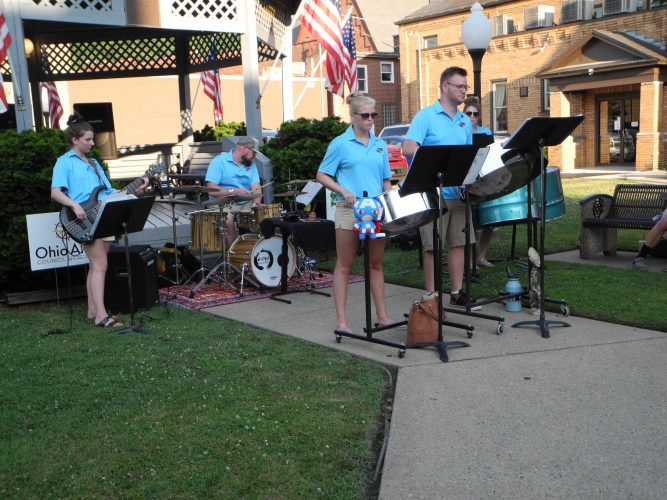