EAST LIVERPOOL — The Lou Holtz/Upper Ohio Valley Hall of Fame will host “A Hall of Fame Holiday” at 11 a.m. Dec. 7 — a free event that is open to the public.

Activities will feature a local authors’ book fair on the main floor from 11 a.m. to 2 p.m., just in time for Christmas gift shopping.

The hall of fame’s popular O-gauge miniature railroad display in the lower level will be open throughout the event, with conductor Gary Oakes running the trains, featuring the Polar Express. The first 90 children to visit the train display will receive a gift.

“The Polar Express” movie will be shown upstairs in the Joe Wells Community Room at 11:30 a.m. with free popcorn provided. Free hot chocolate will be offered in the train dining car room located in the basement near the train display.

The event will conclude on the main floor with a Christmas carol sing-a-long at 2 p.m., followed by the drawing of a winner in the annual train set giveaway. Crouse True-Value Hardware donates a train set for this yearly drawing. Carolyn Nicholson will serve as pianist on a piano originally sold from the Will Thompson music store and donated to the hall of fame by the Doak Family.

The following local authors are scheduled to appear along with copies of their books available for sale and autographing:

¯ Frank C. Dawson is a graduate of the Pittsburgh Institute of Mortuary Science and is a licensed funeral director in Ohio and West Virginia. He holds a bachelor’s and honorary doctorate degree from Baldwin Wallace University and serves as the senior director of his family owned business in East Liverpool.

He is the author of four books including his current offering: “Transformational Funeral Service,” $50. For information, go to transformationalfuneral.com. He will also offer “Across the Fields of Yesterday” for $10, a DVD of “Picking Elderberries” for $20 and “Frankly Speaking” at no charge.

¯ Gary Cornell, the author of “Dark Days and Hit ‘Em Out!,” has lived in East Liverpool his entire life. He is retired from the East Liverpool Fire Department and is the department’s unofficial historian. His is married with two grown children.

¯ Abigail Drake, an ward-winning author from Beaver, Pa., has spent her life traveling the world and collecting stories wherever she visited. She majored in Japanese and economics in college, and is a book hoarder, a coffee drinker, a linguistics geek and an eternal optimist. She writes women’s fiction and young adult fiction with smart, sassy, funny heroines and she enjoys blogging about the adventures of her mischievous Labrador retriever, Capone.

Drake is the winner of the 2017 Prism Award for her book “Traveller,” and the International Digital Award for her young adult novel, “Tiger Lily.” In addition, she was named a finalist in the Golden Pen, the Golden Leaf, the Dante Rossetti Book Award, the Athena Award, the Stiletto Award and the Cygnus Award for Science Fiction and Speculative Fiction.

Books she will have available at the event include: “Love, Chocolate, and a Dog Named Al Capone;” “The Hocus Pocus Magic Shop;” “The Enchanted Garden Cafe;” “Delayed Departure:” “Sophie and Jake;” “Saying Goodbye;” “Traveller;” “Tiger Lily;” “Starr Valentine;” and “Over the River and Through the Woods.”

¯ Fred Miller, a former staff writer and photographer for The (East Liverpool) Review, will sign copies of his first book, “Worshrag, Shark and Seed,” a collection of 50 of his best columns. Miller shared his unique style of humor and family experiences in more than 700 weekly columns during a 24-year period, from 1983 to 2007. He retired in 2016 after a 45-year career in newspaper journalism and public relations, and earlier this year resumed writing his column in The Review. His honor include first-place awards for column and editorial writing from the Ohio Associated Press. He and his wife, Caren, a retired veterinarian, reside on the Miller family farm near New Manchester. They have three children and five grandsons.

¯ Cathy Hester Seckman is a lifelong resident of East Liverpool and a graduate of East Liverpool High School and West Liberty State College (now university). She worked at The (East Liverpool) Review for seven years, and wrote a personal column called “Another View” for the paper for 15 years. She also did freelance work for the Lisbon Morning Journal and the Youngstown Vindicator. In addition, she has published hundreds of magazine articles, indexes and short fiction pieces. She is an indie author with several books on Amazon. Last year, AdventureKEEN Publishing released her book, “Ohio Day Trips.” Arcadia Publishing released her Images of America title, “East Liverpool,” in 2015.

¯ John Smith/J.W. Kitson, a 1986 graduate of East Liverpool High School and Kent State University, holds two master’s degrees in education. His award-winning book, “Song of the Tree Frogs,” was filmed in October for a full-length feature film starring top-name talent along with a cast with more than 450 film and television credits to their names.

His novel was released in 2018 from a Christian agency based in New York. He also is the author of two other books. Smith has been teaching for 29 years, spending most of his career with East Liverpool City Schools and Kent State University. Follow him at jwkitson,com. His books will be available for $15 each, or sold together for $25. Special guests of honor Santa and Mrs. Claus will be on hand to visit with children and provide photo opportunities.

For updates on “A Hall of Fame Holiday,” visit the Facebook event page at facebook.com/events/842181519518298, and indicate on the site if you are “interested” or “going” there is plenty of hot chocolate and popcorn on hand.

The city’s Christmas parade is at 6 p.m., followed by light-up night. The parade theme is “Christmas Traditions.” Registration is at 4 p.m. and line-up is at 5 p.m.. Parking restrictions along the parade route begin at 3 p.m. Light-up night is in the Diamond where there will be a fill-a-truck set up to receive donations of non-perishable foods, new toys and new clothing that will be donated to the Salvation Army.

Weirton holds off on demolitions, moves on budgeted purchases

WEIRTON — The city is continuing to hold off on unbudgeted expenses until officials have a more clear picture of ...

WEIRTON — A sign variance request for a new downtown business, and plans for a parking garage were among the ... 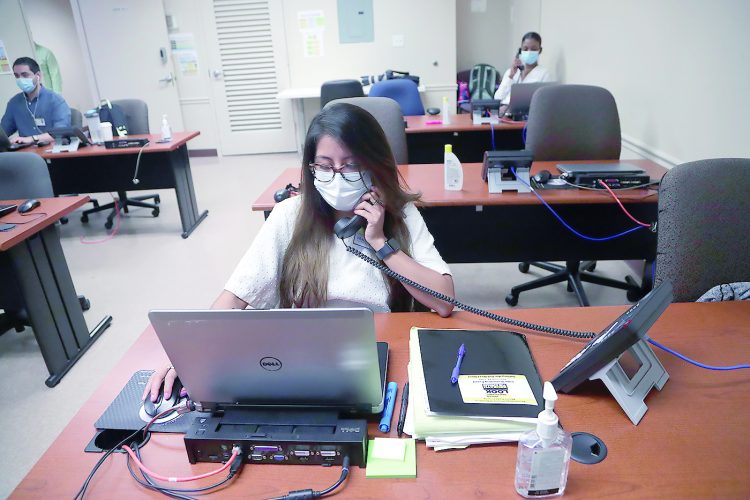