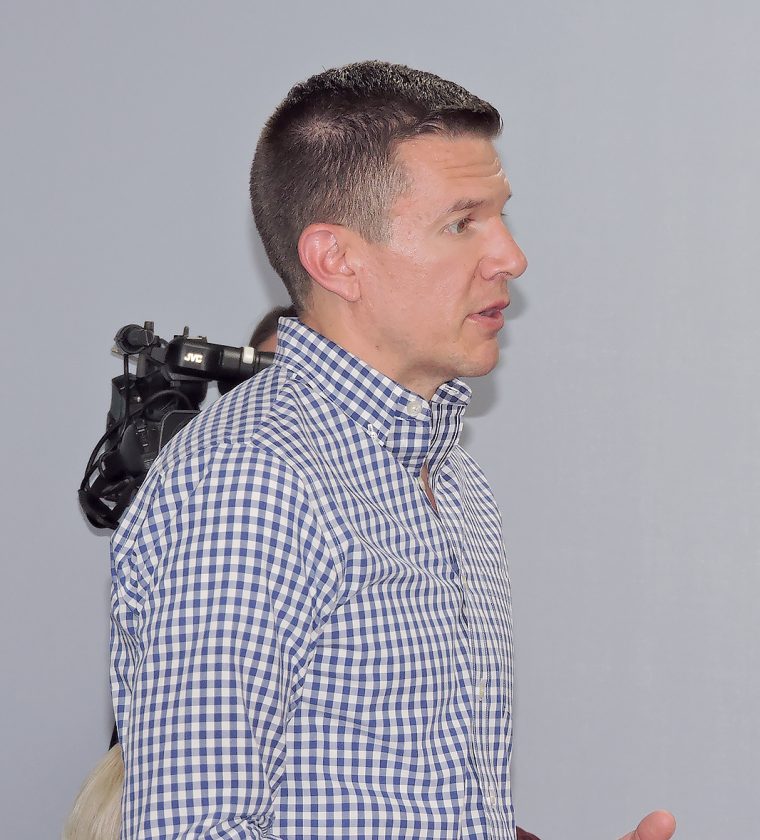 OFFERS ASSISTANCE — State Sen. Ryan Weld, R-Brooke, attended Monday’s meeting of Weirton Council to offer his assistance as the city looks to create its own Urban Renewal Authority. As Wellsburg’s city attorney, Weld has been involved in that city’s URA. -- Craig Howell

Council unanimously passed a resolution during its meeting creating the authority, following an amendment to specify a focus for the group on the city’s Main Street and surrounding areas.

An urban renewal authority is a quasi-governmental public body, created as a way to acquire, prepare, develop, redevelop and either sell or lease neglected properties in slum or blighted areas of a community.

Ward 4 Councilman George Ash announced state Sen. Ryan Weld, R-Brooke, was in attendance Monday, noting Weld’s experience with such an authority in the city of Wellsburg.

Mayor Harold Miller said Weld had offered his experience to assist Weirton officials as they work to establish the city’s URA.

“He extended all the help he could give,” Miller said.

Weld noted Wellsburg’s URA has been involved in several projects in that city, and feels it could be a benefit for Weirton as well.

Explaining he was raised in Weirton’s downtown area, the state senator said he was glad to be able to offer his assistance.

“I’ve always had a soft spot for where I grew up,” Weld said.

Ward 3 Councilman Fred Marsh asked about funding for such a group, but Weld said there may not initially be any costs associated with operating the authority, and those involved will have opportunities to seek funding when needed for specific projects.

“You can go out and solicit grants and get loans,” Weld noted, explaining the authority won’t necessarily have some of the limitations on fundraising as full governmental bodies.

Miller noted the city previously had a redevelopment authority to serve a similar function; however, he said it never developed any projects and went inactive several years ago.