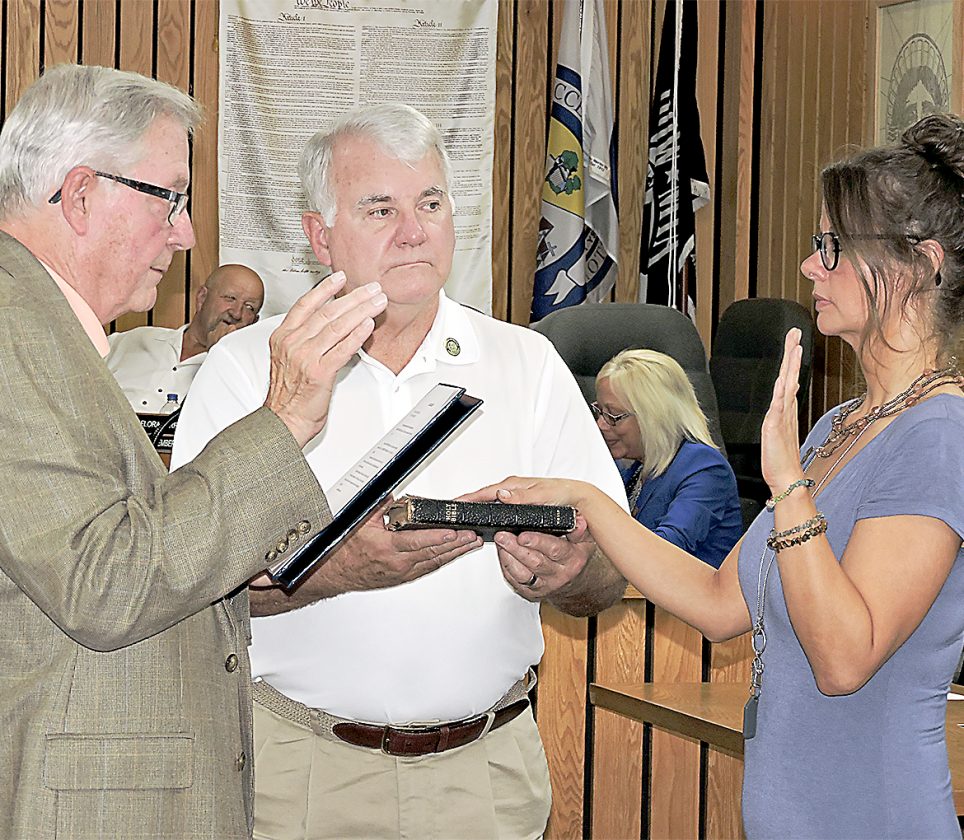 WEIRTON — Weirton has a new interim city manager in place, after council passed what the mayor termed an “emergency resolution” during Monday’s meeting.

City Clerk DeeAnn Pulliam was appointed to the acting position by a vote of 5-2 at the beginning of Monday’s agenda. She took the oath of office from Mayor Harold Miller before the meeting was adjourned.

“She has served us many years as city clerk and as the administrative assistant in the office of the mayor and city manager,” Miller said in announcing his selection.

Some members of council did note they had only received a copy of the resolution at Monday’s meeting, taking time to read it before casting their vote.

Pulliam said, while the appointment is temporary, she plans to work hard to make sure operations continue with the city as smoothly as possible.

“I’m humbled and honored they have chosen me,” Pulliam said. “I will hold the responsibility in high regard.”

Miller said it is critical to have someone he can trust in the position of city manager, saying Pulliam is “very capable.”

“She’s been involved in the city and the community,” Miller said, noting her managerial experience in organizing the city’s 2019 election. “She’s the logical choice.”

She is a volunteer with A Child’s Place Court Appointed Special Advocates, holds a bachelor of science in paralegal studies and a master of science in legal studies, both from Kaplan University, is a member of the Rotary Club of Weirton Heights and a 2019 graduate of the Weirton Area Chamber of Commerce’s Leadership Ohio Valley program.

Miller also announced he has begun the search for a permanent city manager, and has received a verbal commitment from an individual interested in the position.

He hopes to have an announcement ready by the second week of November.