The power of ‘Friendship’ on display 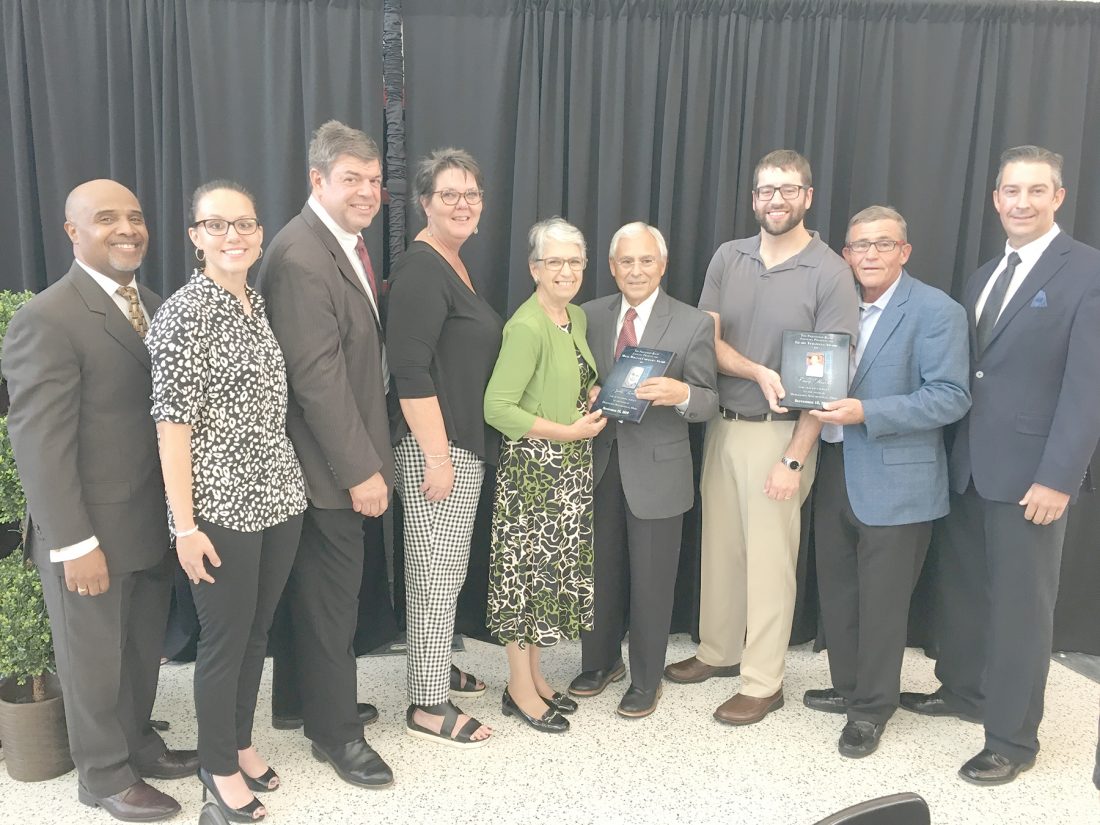 STEUBENVILLE — Helping those who help was the message of the annual benefit dinner for the Friendship Room, held Sunday in the commons area of Steubenville High School.

About 500 people attended the dinner.

Bill and Molly McGovern started the Friendship five years ago, dedicating themselves to serving the poorest of the poor in downtown Steubenville.

The Friendship Room is a house of hospitality providing help to the those less fortunate and living on the streets by giving them a cup of coffee and talk, meals, a place to laugh and cry and help in giving them the self-dignity to rise above the life they are currently living.

The McGoverns now operate three houses, including a safe house to protect females who are victims of human trafficking.

A home on Logan Avenue serves as their mission house, known as the Friendship Room.

Molly McGovern said they depend on the generosity of people who donate money, items and their time in helping the poor.

Judy Bratten received the Monsignor William Cornelius Award for her leadership, achievements and educational programs at Historic Fort Steuben. Tony Morelli was the recipient of the first Geary Teramana award for his work in helping the Friendship Room.

McGovern said the late Geary Teramana worked with the Friendship Room behind the scenes and never wanted the public acknowledgment. She said Teramana wasn’t a religious man, but lived a Christian life without the need to prove to anyone else what he was doing.

“I am honored, but sad,” Morelli said in accepting the award.

The Rev. Vaughn Foster of Relationship Builders Inc. was the keynote speaker.

He said reading the scriptures contradicts the world we live in. He said the words of Jesus, his apostles and disciples are not easy to fulfill in real-life situations.

He said there are three things to remember in fulfilling the scriptures in today’s world — comfort the faint-hearted; support the weak; and be patient toward all.

He said people, instead of giving money to organizations, should step back and take a deeper look at a person — to look into their eyes and see the hope that has vanished.

“You should not turn from them, but relate to them,” he said.

In supporting the weak, people need to work with those who are quitting and dying and support them.

He said patience also incorporates long-suffering, adding God calls on all of use to be long-suffering with all. He said sometimes people want to see others change for the better, but the transformation doesn’t happen as fast as they want because everyday emergencies are a hindrance.

If people do all three, then lives will be saved, Foster said, adding the Friendship Room does all three, and their work is not in vain.

Elizabeth DiGregory, Friendship Room board member, said when the McGoverns opened a warming center in the winter of 2014, they asked themselves why they were doing this.

“It seems like a simple idea to keep people warm,” she said.

But the lives of the poor on the streets is a perfect storm, she said.

“They saw the needs of the community, and decided to do something about it,” she said, adding the McGoverns worked from the bottom up to help improve a person’s life.

“It is the foundation of a new path for many. With the level of trust established, they can now ask for help,” DiGregory said.

DiGregory made a plea for monetary help from those at the dinner.