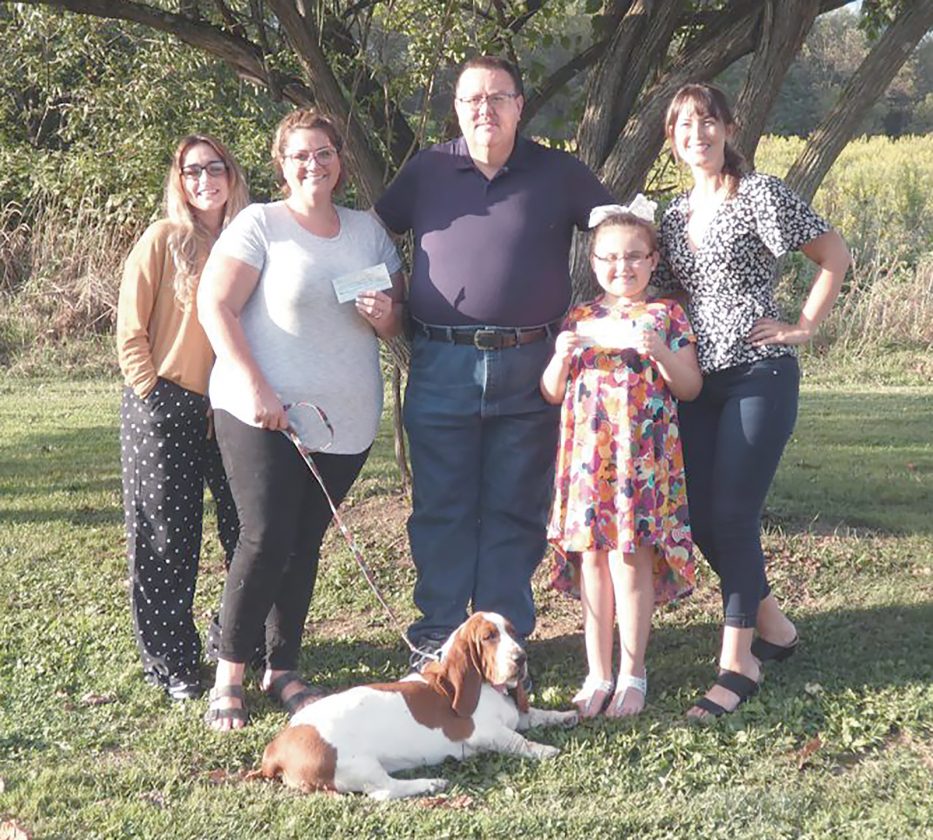 PLANNING — Among those making plans for Hancock County’s dog park are, from left, Britni Recinella, park board director; Heather Meadows; Jeff Wargo, chairman of the board; Madelynn McKinney; Mallory Markowicz, park board member; and Lucy, a basset hound. -- Julie Riedel

NEW CUMBERLAND — The Hancock Park Board continued preparation for the dog park during Wednesday’s meeting.

The park board received two donations totaling $500 during the meeting and discussed plans for a soft opening.

Meadows raised $800 at Drool at The Pool. This was the third year Meadows organized the event, where dogs get the chance to swim at Tomlinson Run State Park’s pool. Meadows decided to donate half of those proceeds to the dog park. During Drool at the Pool, McKinney set up a lemonade stand selling a cup of lemonade for 50 cents, with the intention of donating all her proceeds to the dog park.

The board tentatively set the soft opening for the park for11 a.m. to 2 p.m. on Oct. 19. During the soft opening, the board hopes to have vendors, a pet costume contest, a dog-themed drawing and a photographer. They hoped to have the opening in September, but decided to follow the commission’s advice and move the opening to October, allowing for more time to plan.

The board also hopes to have the two carports for shade installed by the soft opening. They were given an estimate of six weeks to have the carports installed. The board continues to look for someone to create agility equipment for the park.

In other action, the board:

¯ Decided to table the parks pavilion rental prices. The policy was last updated about seven years ago and currently the only cost is a $25 deposit, which renters receive back as long as the rental agreement is followed.

¯ Acknowledged the need to revisit their budget and to find revenue streams to fund the park’s budget. Britni Recinella, park board director, presented a new budget to review.

¯ Selected Seachrist and Associates, Perry and Associates and Zeno Pockl Lilly and Copeland as the three auditors firms the board is sending letters asking for bids to conduct the board’s yearly audit.