Fictional book tells the story of a coal mine 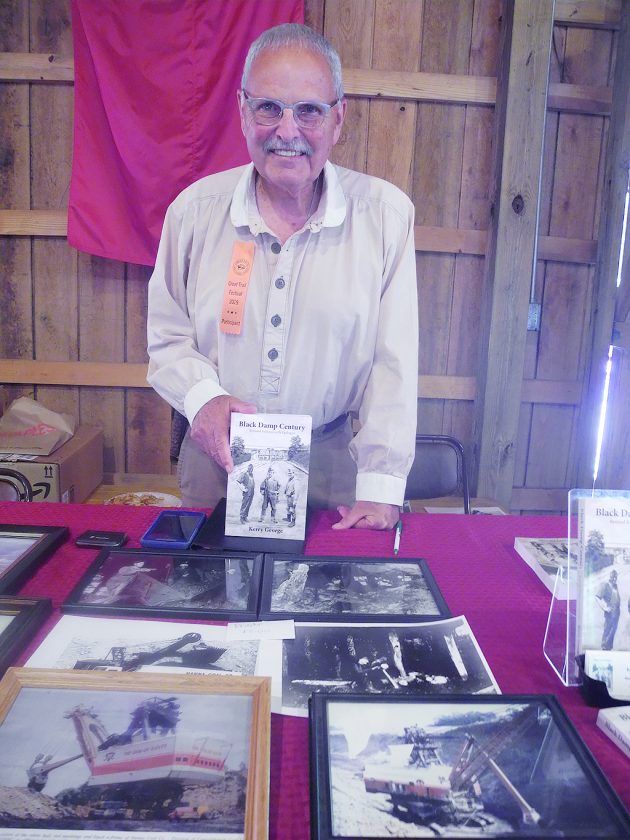 MALVERN — A book published Nov. 20, 2012, has an epilogue added and has been re-published by Kerry George, who was one of the artists at this year’s Great Trail Festival.

“Black Damp Country,” about Ohio coal mining, is still the name of the historical fiction book about a tyrannical family patriarch and brutal coal mine owner, William “Buck” Storm.” Those owning the original book need only to obtain the epilogue. Others can obtain the book with the addition included within the book.

George now resides in Harrisville, but grew up in Adena and graduated from Adena High School in 1964. He knows mining — he worked with the great giants of the earth moving world-mining shovels, including the D shovel and the Silver Spade.

“I was all over the Silver Spade. When it went down, we all worked on it,” he said.

The writer worked with the Consolidation Coal Co. from 1966-74 and on the Silver Spade for seven years. The eighth year, he was working reclamation on the mined land to bring it back to its original use. He worked two years at West Farms in Jefferson County and Y&O Nelms No. 1 Mine for a year.

He was hired for 14 years in other mining duties and then 10 years as an underground inspector. Working in Ohio, West Virginia and Maryland gave him many experiences in mining to be able to tell the story of Storm. His knowledge of the different types of mining came into excellent use in its content and the revised epilogue in the book.