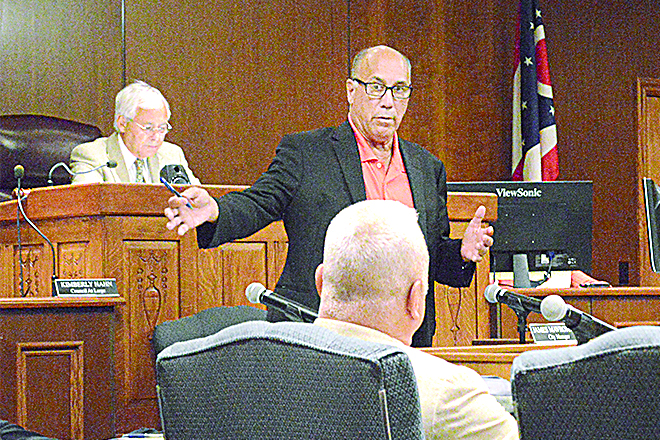 STEUBENVILLE — A landlord who had to pay more than $500 out of his own pocket to settle a former tenant’s water bill so he could rent the property out again asked City Council Tuesday why he couldn’t make payments.

Joe Smarrella, a Starkdale Road resident, said the unnamed tenant was evicted after he stopped paying for rent and utilities, “the first time in 50 years I’ve had to do that.”

“I wanted the water turned back on and they said I had to pay the water bill before they (could),” Smarrella said. “I think landlords in this town get a bad rap, that’s my opinion.

“I was willing to pay,” he added. “But I requested to pay it over a certain amount of time. I just asked for a little time until I recouped (some of my losses.)”

Smarrella asked council’s utility committee to look into the practice, while council suggested appealing the decision to the Utility Review Board.

Steubenville resident Michael McIntyre, meanwhile, submitted a letter of response prepared by Royal Mayo to council regarding a proposal to turn the North End Park into a miracle field, with a poured rubber surface and upgraded, interactive playground facilities that would be usable by those with special needs as well as those who have no physical limitations. McIntyre said Mayo was unable to attend the meeting himself but stood by his contention the proposal amounts to “gentrification.”

In the letter, Mayo said “this type of decision-making without the neighborhood’s consent is a prime example” of gentrification. He said community meetings should be held prior to a decision being made and said the park has undergone a $200,000 upgrade in recent years to accommodate high school girls softball and Little League play, as well as a recent upgrade to the playground area.

“Why would that be undone or changed in any way?” he wrote, adding, “The primary beneficiaries to any neighborhood park should be the actual residents of that ward, not organizations or personal interest groups from outside that area. Understanding that the park can be used by any citizens, still the priority should be that of the neighborhood kids and adults.”

After the meeting, parks and recreation Executive Director Lori Fetherolf hastened to point out only about $60,000 had been spent on the North End Park to accommodate the girls softball since she joined the department three years ago. Fetherolf also pointed out the author of the plan, Urban Frontier’s Thom Way, has yet to approach council for its approval.

Way, in attendance though he did not address council, said in an interview last week he does intend to meet with community residents and that he’d already shown the plans to several individuals and generally considered some of the reasons parents currently balk at their children playing there, “and they thought it was a good idea.”

Fetherolf, meanwhile, said she’s “looking forward to the opportunity to present the project to council and get their questions answered so we can all be on the same page,” she said.

Council approved on an emergency basis a resolution authorizing City Manager Jim Mavromatis to enter into an agreement with the Water Pollution Control Loan Fund for planning, design and construction of the secondary aeration project; authorizing the South Sixth Street sewer repairs and renewing the Public Health Services agreement with the Jefferson County General Health District. All three measures are effective immediately.

Sixth Ward Councilman Bob Villamagna commended Urban Projects Director Chris Petrossi for his efforts to bring an eatery into the city, as well as put together a list of available properties so they can be marketed to potential buyers or investors.

Councilwoman at large Kimberly Hahn said a representative of a dock manufacturer will be at Thursday’s Marina Task Force meeting at Froehlich’s, along with an engineer who “will give us an idea about how to get the paint off the wall at the marina and what we can do with it.”

Council typically does one unimproved street each year, Villamagna pointed out. 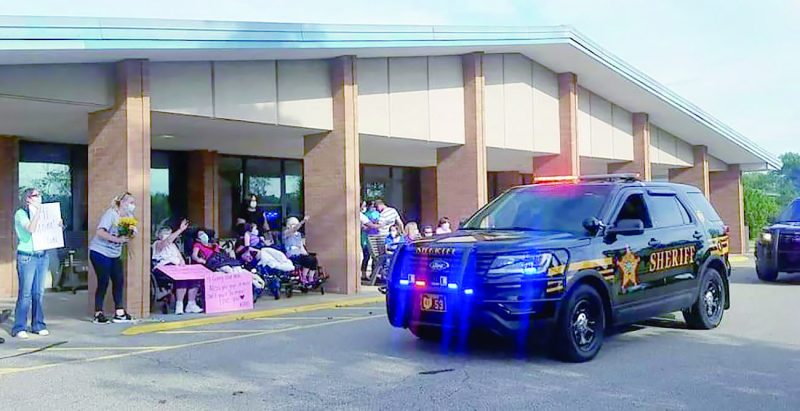