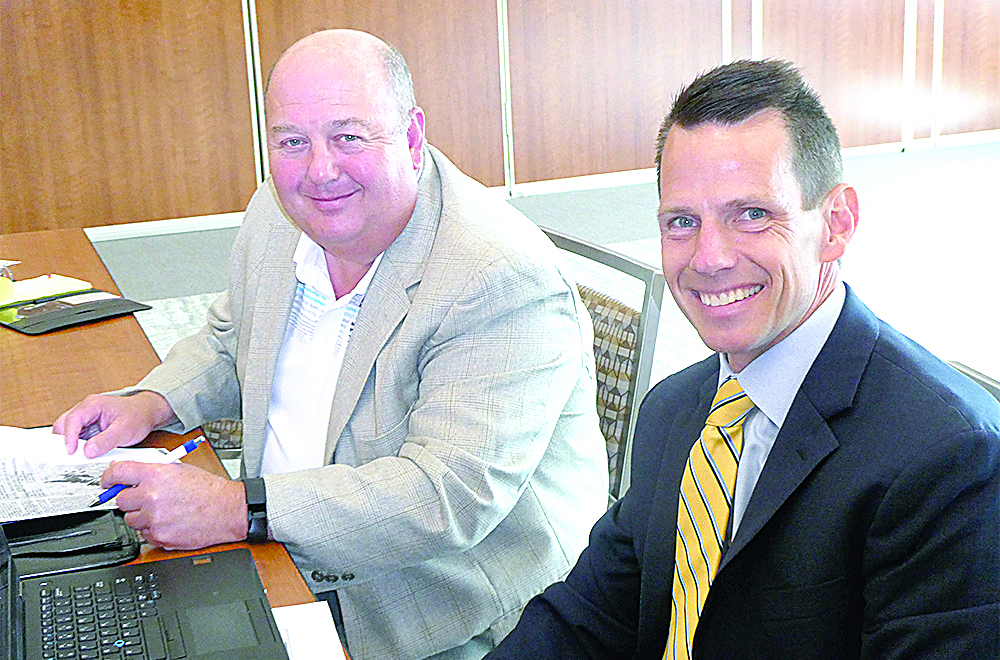 TRIADELPHIA — Much of the needed asphalting and roadwork planned for the Northern Panhandle since January was completed even though West Virginia Division of Highways District 6 is in need of about 50 employees.

Work was achieved despite manpower shortages, equipment failures and a loss of mechanics at the District 6 garage, according to District 6 Engineer David Brabham.

“We got done about 90 percent of what we said we would accomplish from January to June,” he told local officials Tuesday at the Highlands Event Center in Triadelphia.

District 6 has an employee quota of 373, but the agency presently has just under 300 employees, according to information provided by the West Virginia DOH through Ihlenfeld.

Brabham said 22 roadworkers were hired at a District 6 employment event in March, and so far 18 of them have stayed.

“That’s kind of a turning point for us,” he said. “We’re still not close to filling our quotas, but we’re better than we were.”

District 6 has about 50 positions it is actively seeking to fill. What is mostly needed are employees to do blacktop and smaller jobs, according to Brabham.

Salary is an issue for many positions, including technicians and engineers, according to Brabham.

Two roadway designers recently left at District 6. He said he is seeking to hire two engineers “right out of college” at a salary of $44,000 a year — but they aren’t interested. Most are holding out for jobs that pay in excess of $50,000 annually.

In the interim, District 6 is “backfilling” by hiring consultants.

Zukoff asked if a cost study had been done to determine if raising the salaries for some positions could help in hiring for those spots and reducing the overall costs associated with hiring consultants or temporary workers.

Brabham said “absolutely” such a move would reduce costs, and human resources personnel were presently studying the issue. The pay for some positions already has been raised. Engineers previously were paid a starting wage of $38,000 a year before it recently was increased to $44,000 annually.

Equipment operators are paid in the $15 to $16 an hour range, while anyone who has a CDL license “can walk into any oil and gas company” and make $25 an hour, according to Brabham.

Hancock County Commissioner Jeff Davis asked if the state couldn’t hire temporary employees to do grass cutting when they don’t have the manpower.