Urban Mission sends students back to school with a smile 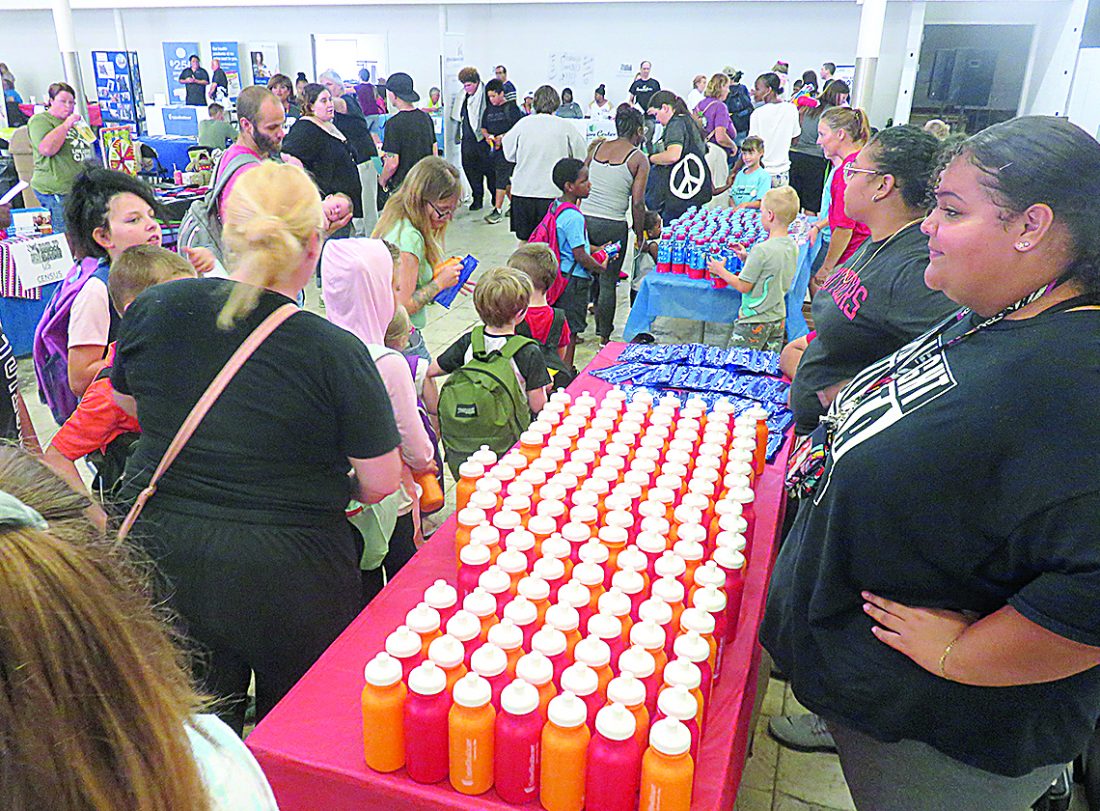 In anticipation of rain, Urban Mission Ministries on Thursday moved its annual outdoors Back-to-School Bash indoors, taking advantage of the Seventh Street Plaza in downtown Steubenville to distribute more than 1,000 backpacks filled with school supplies to area students in grades preschool through 12. The four-hour event also featured free food, games, 20 informational booths, giveaways and music. The Steubenville High School Marching Band got the bash off to a musical start with several numbers. In addition to the giveaway of backpacks and school supplies, the event offered free children’s clothing in the plaza in addition to free furniture and household goods at Urban Thrift at 644 Market St. An estimated 1,400 area residents attended the bash, according to Cynthia Lytle, the mission’s program director and community developer.