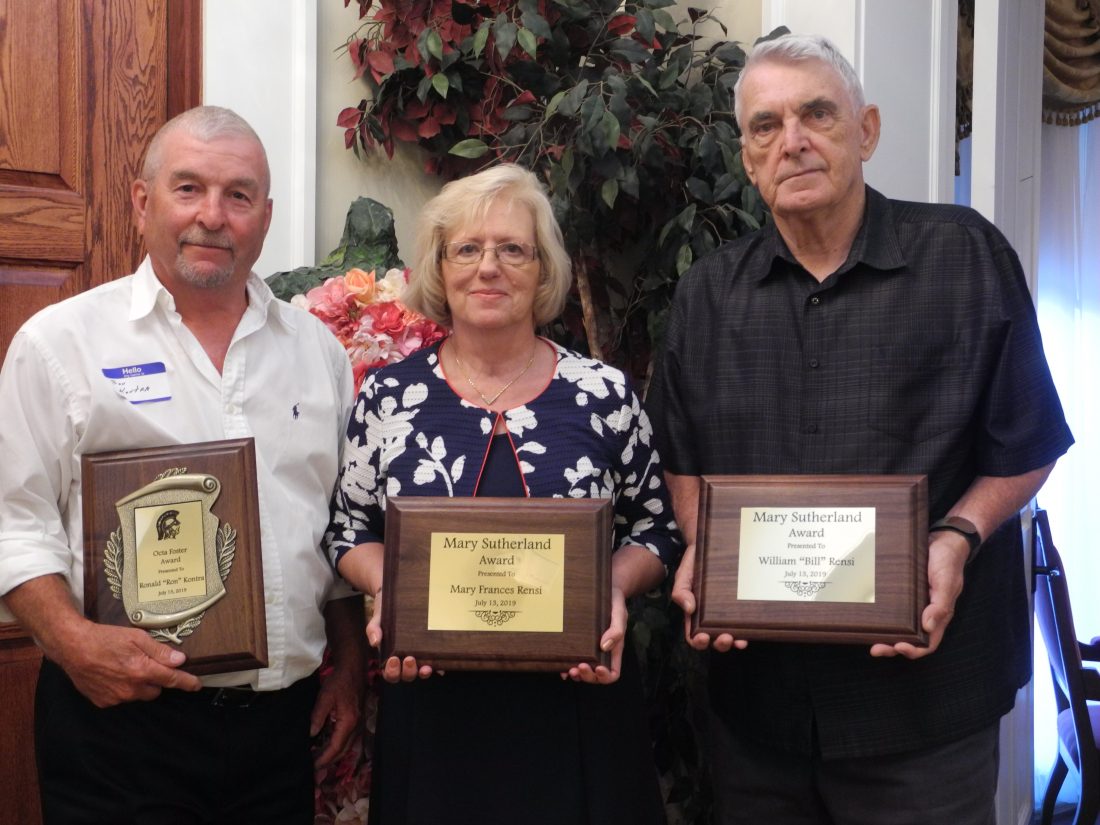 SMITHFIELD — Some young people who had not walked the halls of Smithfield High School since the late 1940s returned for the 117th Smithfield Alumni Dinner held recently. And, for the first time since being held in the high school or elementary schools, village churches or area restaurants, it was held in a restored home that was once a magnificent church on state Route 151.

It is now called Le Chateau Pier and is a banquet facility, bed and breakfast and restaurant on designated days. Todd Piergallini is decorator and owner, and his mother, the late Lucille Benardo Piergalllini, was a 1954 graduate of Smithfield High School and May Day and Homecoming queen.

Each year, alumni officers honor a graduate who has done much in the way of community service or sports for children. This year a couple was named for the Mary Sutherland Service Award — Bill and Mary Frances Stratton Rensi. Bill graduated in 1966, chose to work with the Ohio State Highway Patrol in 1971 and retired as a post commander in 1975; taught at Eastern Gateway Community College; and received an award from the police academy with the highest valor for a highway patrolman. He was with the Lisbon department until 1992 and commander in Jackson until 1996. Coming back home, he worked with the Jefferson County prosecutor’s office and wrote a $150,000 grant for EGCC. Having much contact with the public, Rensi went to schools and churches stressing child safety and other needed programs.

Mary Frances, meanwhile, graduated in 1967, working with computers upon graduation. Upon having children, she did volunteering, went to college for accounting and worked with Quick Books for businesses. She now works for a construction company managing the office and finances, served on the board of Neighborhood House Day Care and was on the original committee for the Piney Fork Community Day.

Ronald Kontra, Class of 1969, was the Octa Foster Spirit Award recipient. He worked for Ohio Coal Co. and IMS through 2015, But during those many years, he was a coach with Lamont McCoy for the Smithfield Spartans 10-12-year-old baseball team, marking a championship year in 1977. Kontra played football with the Spartan High School football team and in later years, coached the Spartan Midget football team. He is a very active member of the Mingo Sportsman’s Club.

Attendees found it nice to see that businesses in Smithfield welcomed the alumni to the village. John Domenick’s “Vend-It” store had yellow and black “Welcome Back Spartan” signs — the school colors. Such acknowledgments also were posted on signs at the American Legion Post 396 and the Presbyterian Church.

The historic museum hosted a breakfast for those coming in to view school memorabilia in the Spartan room. The windows of the building featured the marching band, with the school drum that was purchased at the alumni auction last year in addition to other musical instruments, a band uniform and majorette apparel.