Progress made in $7M water project 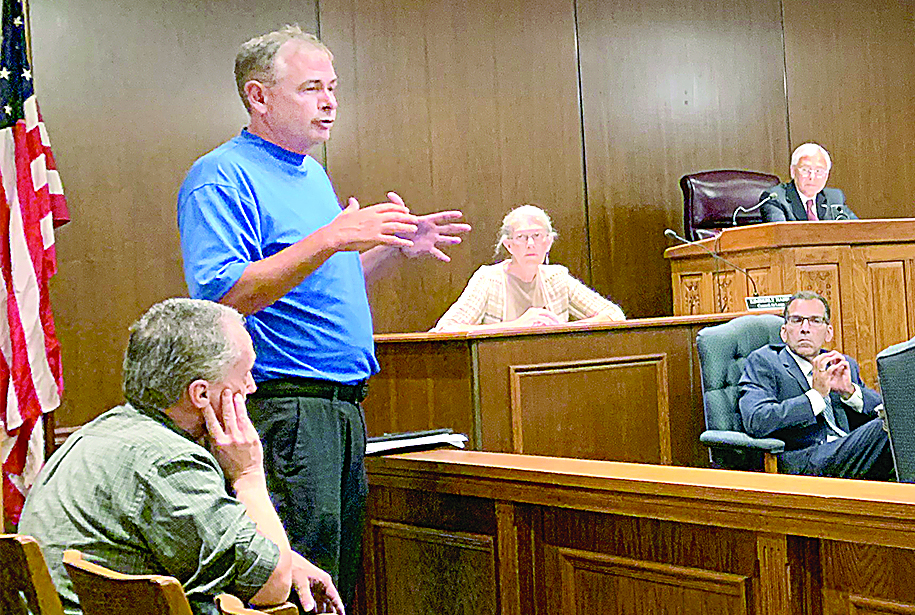 ROAD WORK — City Engineer Mike Dolak told council that, weather permitting, crews will begin removing old asphalt Thursday from sections of Negley Avenue (from Portland to Sunset), Devonshire Road (from Richland to the east terminus) and Opal Boulevard (from Braybarton to Whitehaven). Sinclair Avenue from John Scott Highway to east of Lover’s Lane also will be restricted to one lane starting at 11:30 a.m. Thursday, weather permitting, so crews can repair the pavement. -- Linda Harris

He also said there are about 12 vaults that need to be removed so crews can assess the condition of the valves in them.

“We’re making progress,” he said after the meeting. “Phase I will be complete in late September or early October, then Phase II will start. The remainder of the valve work is incorporated in Phase II.”

Jenkins said there have been plenty of surprises along the way.

“Initially, I didn’t think there’d be that many issues with valves — that’s probably because we started in the West End and worked our way downtown. Downtown is where we got our wake-up call. It’s got the oldest infrastructure so I know we’re going to have more (issues).”

Jenkins said leak detection crews will be back in town, specifically targeting the area from Slack Street through Coal Hill, including Sinclair, Lincoln and Wilson avenues.

“It’s hard to do traditional leak detection in that area (because of woods and the creek),” he said.

“So we’re going to have to section off areas, then shut the valves (in that area) off and watch what (happens) at the plant.”

Jenkins said volunteers cleaning up the old Market Street trough discovered an old manhole with “a large volume of water coming down (it).”

“It is a sewer, so it’s not unheard of to have a larger volume,” he said. “But we’re going tomorrow and testing to see if it’s city water or ground water.”

Sixth Ward Councilman Bob Villamagna told Mayor Jerry Barilla he had a volunteer, Russ Hunt of Total Lawn Care, who is willing to tackle the landscaping at the new Welcome to Steubenville sign at the intersection of Washington Street and state Route 7.

Crews recently completed the brick-and-mortar construction, but Barilla had said Monday he was looking for someone to handle the landscaping.

Villamagna said Hunt “takes care of the signs at both entrances, buys all the materials” and maintains the sites.

Law Director Costa Mastros told council he needs a “short” executive session after the Aug. 27 meeting to update them on litigation.