No action after closed-door session 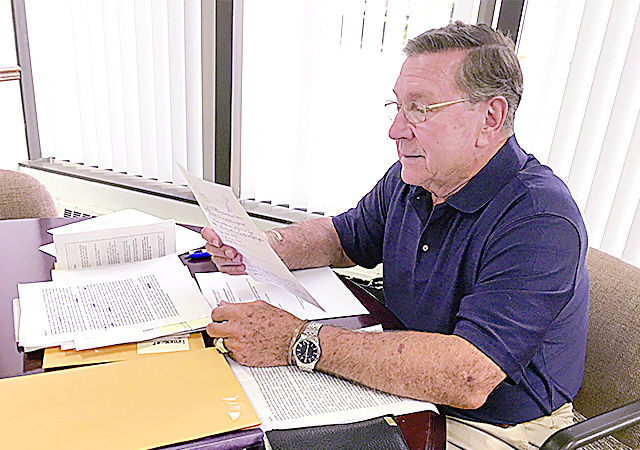 The port authority met with city and county elected officials and others on Aug. 7 to discuss several issues.

“Over the past eight months, several elected officials have expressed concerns about the performance of our executive director, among other issues,” said Edward Florak, port authority chairman, in a letter to elected officials prior to that meeting.

“In order to move forward as a port authority, we must address all matters.”

Florak had said he had been called to county commissioners’ meetings several months ago to discuss in executive session the performance of Scurti. Florak said the commissioners indicated they wanted Scurti to be removed.

Scurti has been the port authority’s executive director since 2013.

Steubenville has contributed about $100,000 during that time.

Another issue discussed at the Aug. 7 meeting was the representation on the port authority. The city and county each have four appointees.

City officials at the meeting indicated the city was willing to give up two appointments, but City Council hasn’t taken any action.

All members of the port authority were present for Wednesday’s meeting, with the exception of James Emmerling.

The port authority has changed the time of its next regular meeting. It will be held at 8 a.m. Wednesday at the port authority’s office on the first floor of the Towers, 500 Market St.