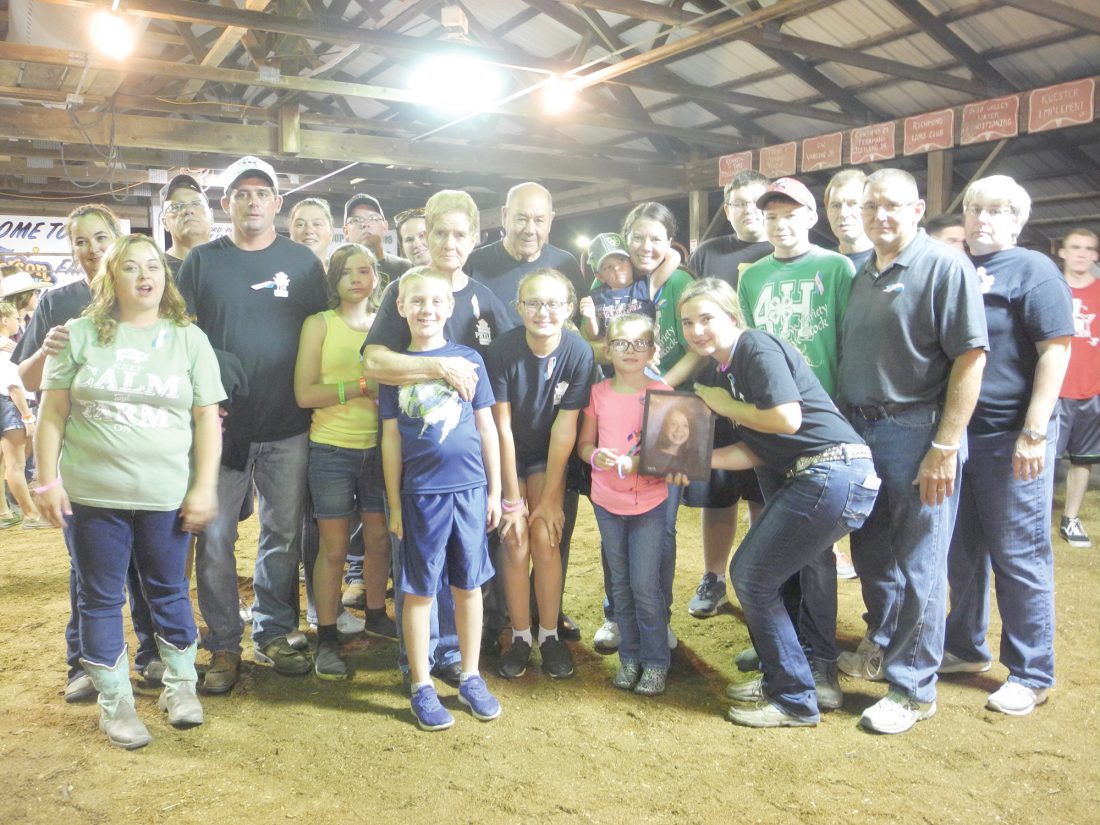 FOREVER IN THEIR HEARTS — The family of Mackenzie Smith gathered together for a picture, holding a photograph of the girl who died Aug. 11 at the age of 14. -- Esther McCoy

SMITHFIELD — One of the biggest nights in the 148-year history of the Jefferson County Fair took place on Friday.

It wasn’t an attraction the fair board had arranged to happen many months ahead. It was a memorial held for Mackenzie Smith, a 14-year-old who loved life and who friends and relatives said could cheer anyone up when they were down.

Mackenzie, who was a cheerleader at Edison High School, died suddenly on Aug. 11, when she went home with her family after working to prepare a barn at the fairgrounds. They were going to bring her two dairy feeder calves to the Friendship Park site.

She was active in the Buckeye Variety 4-H Club, and loved her animals. She worked to get a grand champion award for one of her calves in 2018. The dairy feeders she raised this year, one weighing 522 pounds and the weighing 625 pounds, were listed in the sale bill under her name and were among the first of the 4-H animals that were auctioned. She received second place for the 522-pound Class 1 dairy feeder and third for the 625-pound Class 2 animal. She also came in third and fourth with the two in the list of champions. Her brother, Colby, received reserve champion and fifth overall.

The livestock arena was crowded in a way many veteran observers said they had never seen before. The seats were filled and first the young people who were her friends, and then 4-H advisers, relatives and others gathered on the floor and circled the large arena.

The family gathered in the center of the circle and a prayer and statement of her life were given. All heads were bowed and it was very quiet considering the large amount of people in the livestock area and in the stands. Then the lights went out and the glowing bracelets that had been distributed were waved in the air.

Everyone came away with pink and blue memorial pins that will be worn by many in her remembrance for a long time.

She was interested in becoming the 2019 Jefferson County Junior Fair princess and her picture appeared in the Herald-Star with the other 20 young people who were in the running for princess or prince.

The final visitation for Smith was held Friday at the Richmond United Methodist Church.