Hunt is on for water leaks in Steubenville 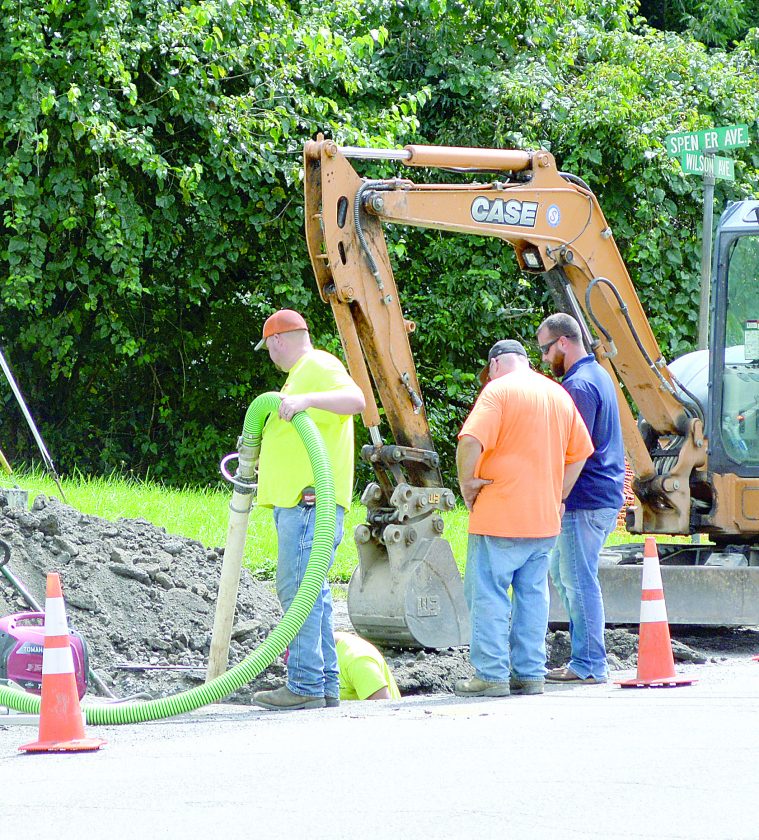 DIGGING DEEP — Crews will be out again today looking for water line leaks in the South End of Steubenville, Water Superintendent Jim Jenkins said. Since October, Jenkins said production is down to about 3.3 million to 3.4 million gallons a day, a savings of about 1 million gallon a day savings. - Linda Harris

STEUBENVILLE — Water Superintendent Jim Jenkins spent Wednesday supervising crews searching the South End for water line leaks, locating one on Steel Avenue and honing in on another in the vicinity of Wilson, Merriman or Spencer.

“Back in May we did some leak detection, audio leak detection,” Jenkins said. “We found quite a few (leaks). We’re down about a million gallons a day production, so we’re moving in the right direction. But we’re so far apart in water loss — what we produce versus what we bill for — that we’ve (still) got to take steps to reduce that significantly.”

This time around, they’re doing traditional leak detection: Testing the lines first by shutting off a valve. If pressure drops, they know there’s a leak in that particular area.

“Every leak doesn’t blow upward,” he said. “Usually those are the kinds of leaks that have been here a long time — nobody’s every seen them or looked for them.”

At one point the EPA had told the city it had a 65 percent water loss.

“We can’t have that,” Jenkins said. “It’s not fair to residents, to anybody, having to pay for water loss, it’s basically just (money) going down the drain.”

Jenkins said production is already down about 1 million gallons a day from when he first took the superintendent job in October 2018, and said he studies flow charts “weekly, daily.”

Jenkins said the Steel Avenue leak is “decent-sized,” though he’s not sure yet how big it actually is.

“We’ll be digging it up Monday,” he said. “And we did do some preliminary tests down here. We do have a leak either on Wilson, Merriman or Spencer. We had to finish for the day, (but) we will be back there in the morning (today) with our electronic leak detection equipment.”

Once that is done, they’ll be checking for a leak near the Market Street trough.