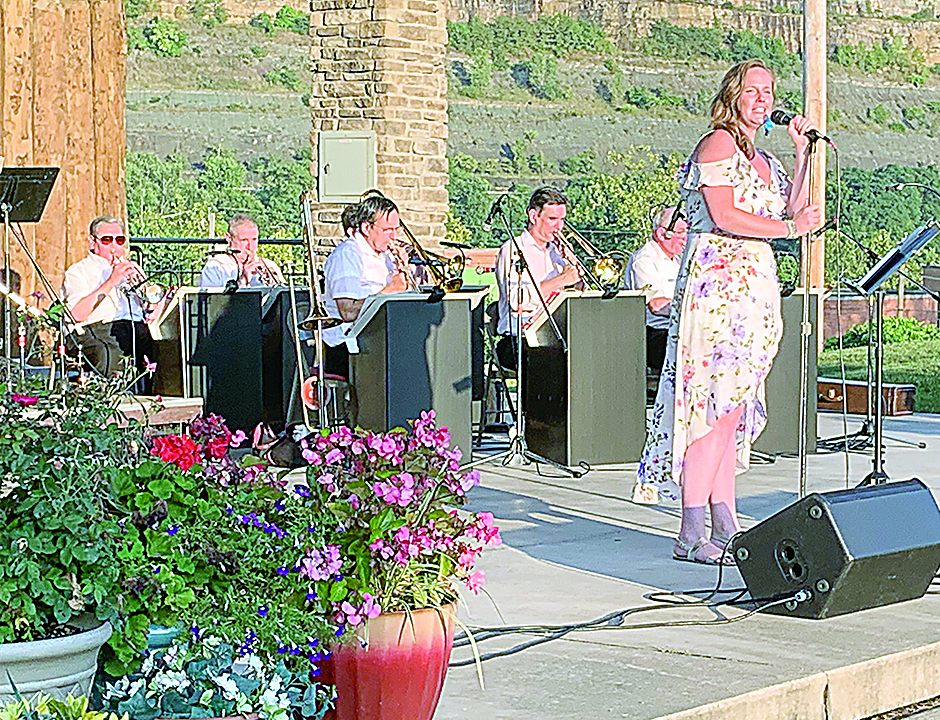 The Vince Villanova Big Band rolled back the clock Thursday at the Berkman Amphitheater to the delight of a smaller but no less enthusiastic crowd. Thunder, lightning and rain rolled through the Steubenville area shortly before the concert, keeping some patrons away, but those who turned out were rewarded with sunshine, clear skies and a host of big band favorites made popular by Glenn Miller, Richard Rogers and more. The second half of the twin bill featured Bob Morelli Dean Martin Tribute. Next week’s lineup features the Stevee Wellons Band at 7 p.m., with Bill Toms & Hard Rain taking the stage at 8 p.m.