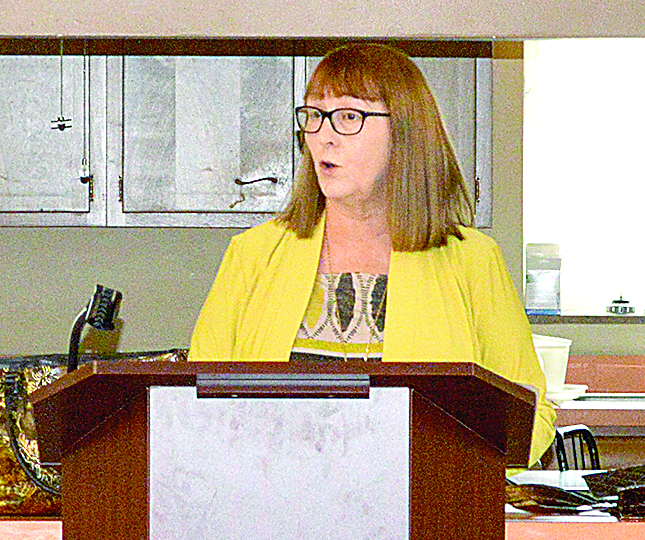 This year, the chamber will be honoring five local businesses and their owners, someone from the performing arts, an educator and an outstanding citizen as chosen by the chamber.

“People stopped in my office and mentioned these names,” Puskarich said. “So this is from the community.”

The chamber also is honoring local musicians The Ron Retzer Trio with the performing arts award. The trio has been performing together since 2014 and this past December was invited to play at the White House.

Owner of the Chambers Funeral Home, Eric Fithyan, is the chamber’s pick for citizen of the year. Fithyan not only runs the two funeral homes, 1030 Main St., Wellsburg, and 1245 Main St., Follansbee, but he’s also event chair of the Follansbee Chamber’s Monday Music Madness concerts; the chair for the Wellsburg Christmas Parade; and is the chairman of the 100th West Virginia District Convention of Kiwanis and current district president for the club. Fithyan also created the local Sweaters for Veterans program and started Operation Valentine, which collects and sends valentines to soldiers overseas and in veteran facilities.

Puskarich announced this year’s speaker will be Pat Ford. Ford is the executive director at Business Development Corp. of the Northern Panhandle of West Virginia.

Tickets will be $30 and no tickets will be sold at the door. To purchase a ticket contact Cindy Kocher at First National Bank in Follansbee at (304) 527-1770.

“This is the chamber’s night just to say, ‘Thank you,'” Puskarich said.

She also said a representative from U.S. Sen. Joe Manchin’s office will be on hand to give awards to the honorees.

In other chamber news, Puskarich said the job fair held in July was a big success and the chamber has already picked a date ­– July 18 — for next year.

Ford told the group he was impressed with the fair.

“That was a fantastic event,” Ford said. “We are getting feedback (at the BDC) that people are going to work.”

“We have gotten many, many cards of thanks,” Puskarich said. “Suggestions have been coming in to make it a yearly event. So we are going to do it.”

The educational committee announced the educational grants for Brooke County teachers will be available starting at the end of September.

The Court Appointed Special Advocates announced they will be holding Quarters for CASA, quarter auction at 2 p.m. on Dec. 8 at the Masonic Lodge Annex, 1350 Knights Road, Weirton. Tickets are $5 and additional paddles will cost $1. Anyone bringing a toy for a CASA child will get a free paddle. CASA also is looking for local bakers to donate homemade baked goods for their “roving bake sales.”