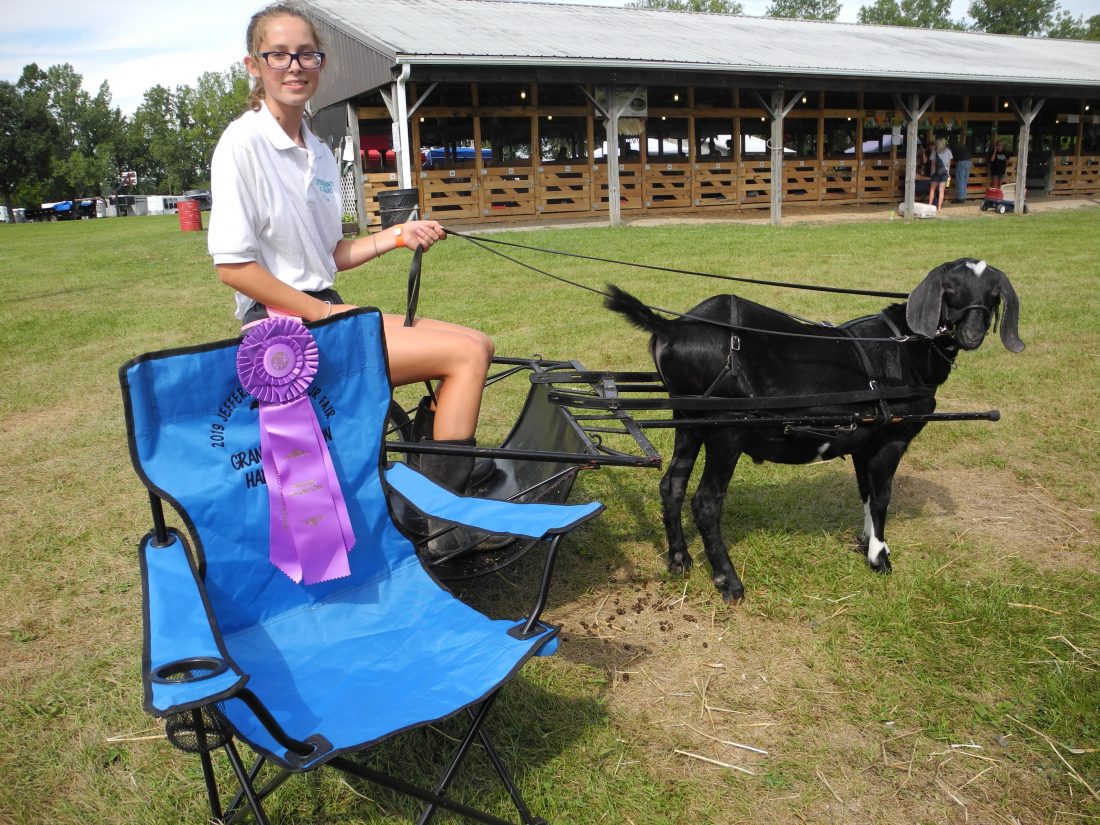 OFF FOR A RIDE — Corissa Griffith, Windy Ridge 4-H Club, takes her 2-year Nubian goat, Joey, for a spin in the cart just made for a goat to pull. She was the 2018 Junior Fair princess and won many awards in goat competition. -- Esther McCoy

SMITHFIELD — The pygmy, companion, miniature and silky fainting goats were judged at the Jefferson County Junior Fair contest. This was a very large category, along with the market goats and judges were kept busy for half a day to get results.

Top finishes in the showmanship contests include: 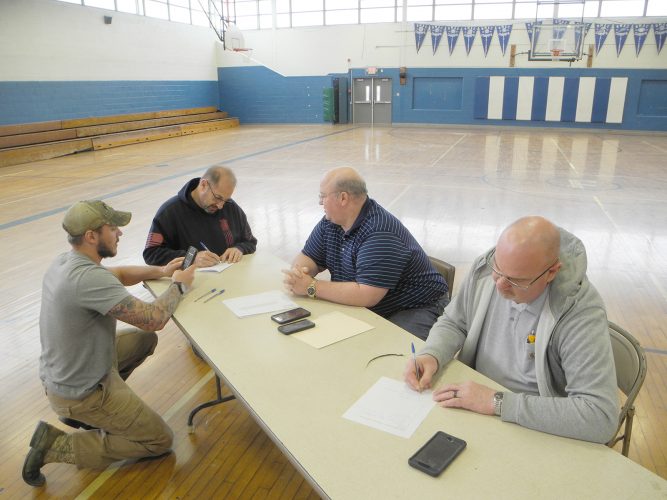 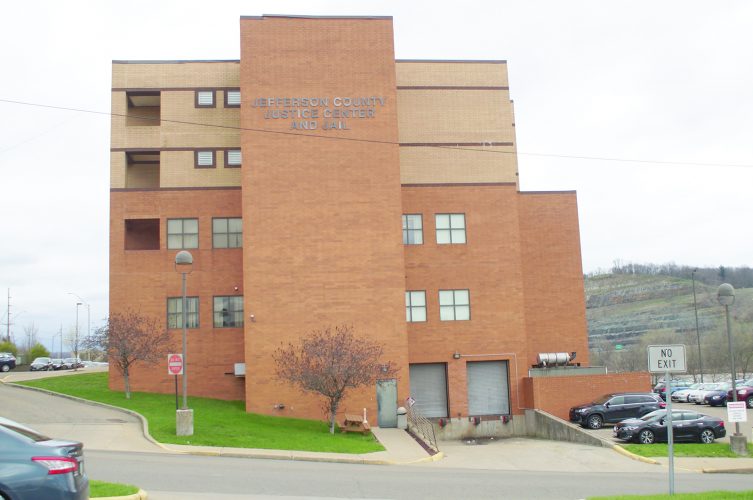 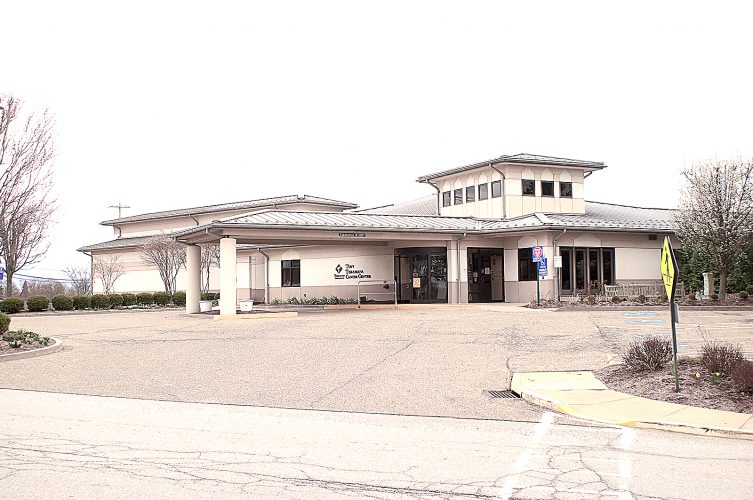