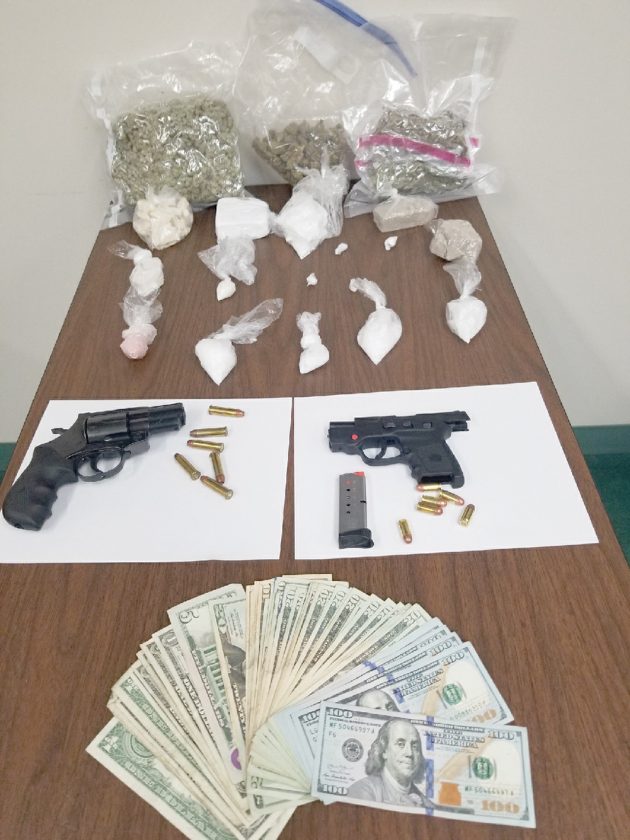 CONFISCATED — Wintersville Police confiscated a large amount of drugs and a stolen handgun during a traffic stop on Sunday evening on Main Street. A woman from Chicago was arrested. -- Contributed

WINTERSVILLE — Village Police discovered a large amount of drugs and a stolen handgun following a traffic stop on Main Street around 9 p.m. on Sunday, according to Police Chief Arthur Fowler.

Fowler said the driver of the vehicle, Alicia Griffin, 47, of Chicago, was found to be in possession of a half a kilogram of cocaine, a large amount of heroin, crystal methamphetamine, ecstasy and more than one pound of marijuana.

Two handguns were found in the vehicle, one of which was reported stolen out of Steubenville in September, Fowler said. A large amount of cash also was confiscated.

Fowler said he will be meeting with the Jefferson County prosecutor’s office concerning charges. He said there are enough drugs for Griffin to be charged as a major drug offender, which alone would result in a sentence of eight mandatory years in prison.

Fowler said the investigation is ongoing.

Griffin was being held in the county jail without bond pending an arraignment.