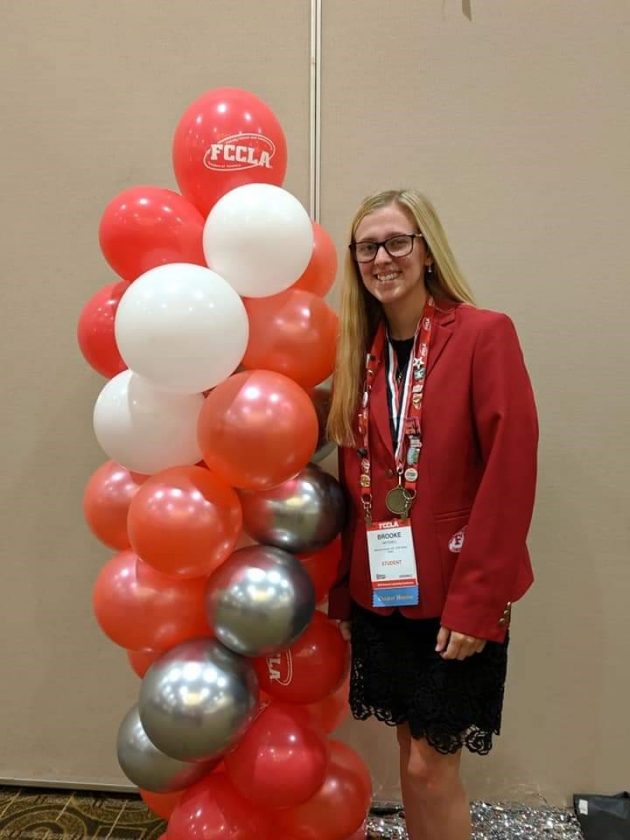 GOLD MEDALIST — Brooke Mitchell, a recent graduate from the early childhood education program at Jefferson County Joint Vocational School, earned a gold medal during the Family, Career and Community Leaders of America National Leadership Conference. The Hopedale resident was the first student to represent the school at the event.

Mitchell, who graduated from the early childhood education prograam this spring, was not only the first student to take part in the competition that ran from June 30 to July 4, but she walked away with a gold medal in the ECE category.

The daughter of Larry and Delena Mitchell of Hopedale and a recent graduate of Harrison Central High School, she attended the convention along with JCJVS program instructor Becky Kelley.

Mitchell was among 7,000 students competing from across the country.

She participated in workshops and other activities during her time in the Golden State.

Kelley said about 8,700 people attended in total, including parents, advisers and chaperones, and she was proud to see Mitchell achieve the honor.

It marked the first time one of her students qualified for nationals in the seven years the JVS has participated.

“I couldn’t be happier for Brooke. She is a great example of a perfect student,” Kelley said. “She prepared herself and her hard work paid off. Because Ohio does its own recognition session, we don’t know how many actually competed for early childhood education. The most it could have been was 100, but I know she competed against one other student from Ohio. I am proud of Brooke for her amazing achievement, especially since it’s our first time competing and we did not know what to expect. Brooke worked hard on her project and it showed.”

“I was very proud,” Mitchell has said of her opportunity. “I’m the first one for early childhood to go to the nationals.”

She noted Kelley’s encouragement and said the lessons she’s learned in the ECE program helped prepare her for the contest.

In addition to attending the conference, they also had a chance to visit Disneyland, Universal Studios, downtown Hollywood and other attractions. Kelley was grateful to JCJVS and public supporters for helping Mitchell attend the event.

“We would like to thank the administration at the JVS for allowing us this wonderful opportunity and also the businesses that supported us,” she said.

Mitchell said she hopes to work with children in a different capacity in the future. She plans to study exercise science and pre-physical therapy at the University of Akron and eventually earn a doctorate, after which she hopes to become a physical therapist and either assist children in hospitals or schools.