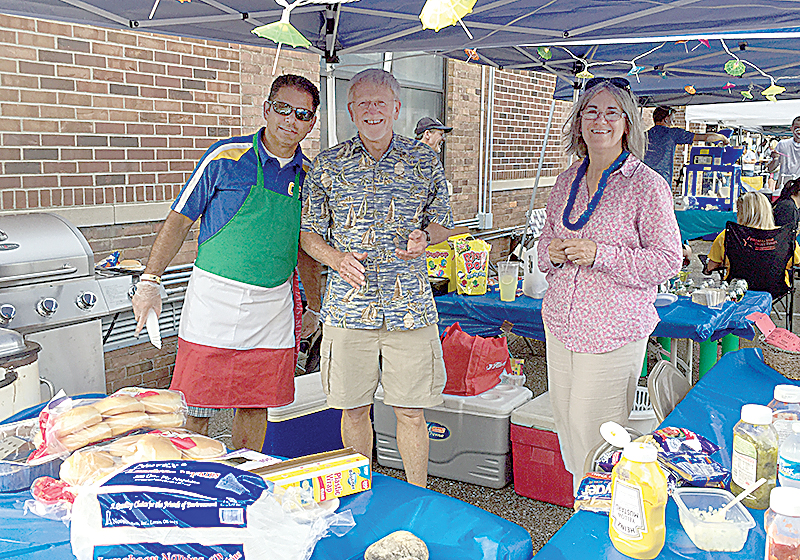 Fun Fest will be held at Steubenville Catholic Central High School in the pavilion area. The event will take place from 5 p.m. until 11 p.m. both days. Admission and parking are free.

Put together by Catholic Central alumni, school families, coaches and friends, the goal is to create a weekend event for the entire Steubenville, Wintersville and surrounding area communities, according to organizers.

The event is a festival full of booths operated by the school’s student groups, clubs and sports teams and a few area parishes. Each booth raises money for their own necessities such as class trips, new team uniforms or other special areas of need.

Organizers said everyone is selling, making or offering something unique — no two booths are the same.

While some aspects are different, some remain the same. The Catholic Central alumni will again be selling pulled pork and haluski, the Bishop Mussio Home and School sell funnels cakes and the lists goes on.

There will be more than food, organizers said. There also will be games for kids and adults of all ages. One of Catholic Central’s football coaches, Jeremy Presley, will have a weight lifting booth where individuals can test their chin-up and pull-up strengths. Plus, there will be traditional games including the duck pond, the dunk tank, the fish bowl game and more.

Entertainment also will be a part of Fun Fest. The Crusader Marching Band will open the weekend when it plays at 5 p.m. Friday. The band will feature its musical hits. Music will continue at 6 p.m. with the Gypsy Cowboys followed by Matt VanFossen, and at 10 p.m. Fun Fest will feature a fireworks display presented by the Craig W. and Anita Petrella Endowment Fund.

On Saturday, the first band to play will be Taylor Parissi at 6 p.m., and then Funkifly will finish the weekend. When live music isn’t being played at Fun Fest, DJ Gabe Ferris will entertain the crowd.

The drawing will take place on Saturday at 8 p.m. Proceeds will benefit Catholic Central’s athletic department.

Among those groups and organizations assisting with this year’s Fun Fest are:

The Craig W. and Anita Petrella Endowment Fund is sponsoring the fireworks.