Trooper on the front lines in battle against opioids 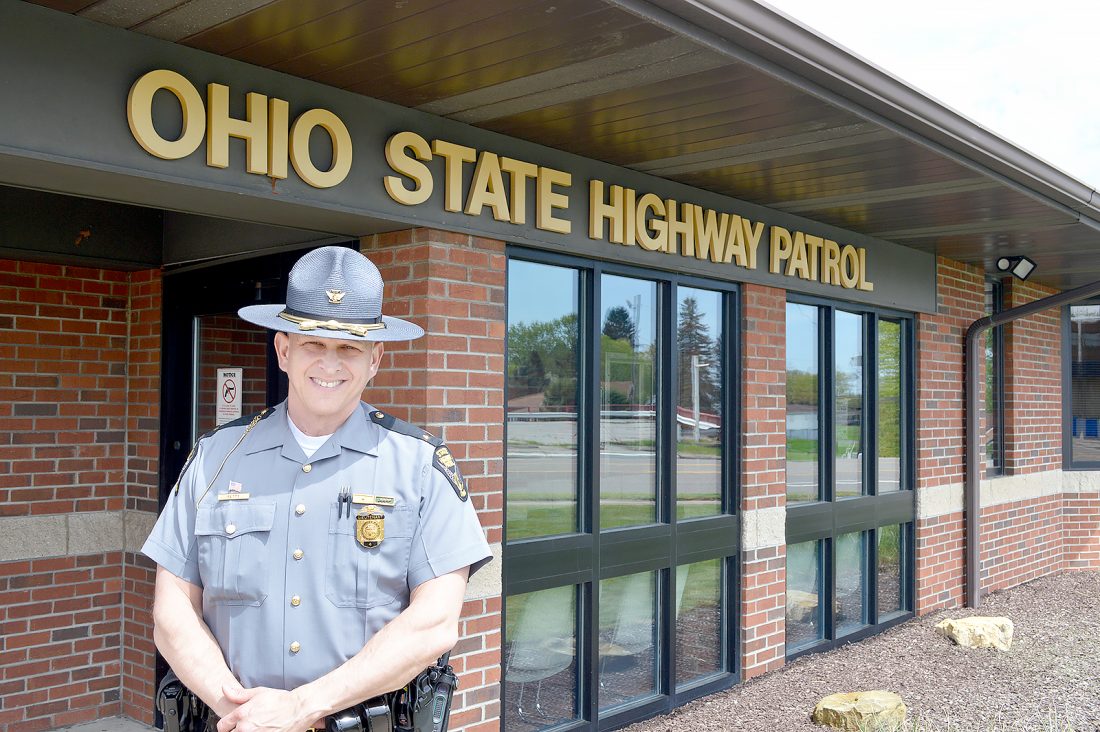 IN THE FIGHT — Lt. Joseph Fetty, commander of the Ohio State Highway Patrol’s Steubenville Post, stands in front of the barracks on Cadiz Road. Fetty and his troopers are on the front line of the opioid crisis in the area. -- Amy Neeley

During his 26-year career, Fetty has seen the rise of opioid addiction, but moving back to an area he knew so well and seeing the changes that had occurred over the years was shocking.

Fetty pointed out that the Ohio Valley is certainly not the only area to have drug problems.

Fetty said that one thing he and his troopers have learned is that addiction has no set description.

“The one thing when you are dealing with this stuff (you learn),” he said. “It does not discriminate based on race, education, age or any other social or economic status — it effects every one across the gamut.”

Fetty said he feels the only way to really combat the addiction problem in our country is through “awareness and education.”

He said they are now finding addicts whose dependence started in adulthood.

“People don’t realize how bad these things are,” he said. “The medical benefits are good, but it’s so easy to misuse and become addicted.”

Fetty said in the past they spent a lot of time talking with high school students about the dangers of drug and alcohol addiction, but he is finding that by the time a student is in his or her junior or senior year, it is often too late.

They moved the average age of the classes back, but it is still shocking.

“When you are in a class with seventh- and eighth-graders and ask who has tried drugs or if they know someone who uses drugs and a fourth of the group raises their hands, that’s scary,” he said. “It just shows we need to push back the education age even more.”

The troopers still talk to high school students around prom and graduation time about the dangers of not being responsible in when celebrating. He said he explains to the students not only addicts overdose.

“It only takes one time,” he said.

Fetty said the stronger drugs being used now are a real concern. He stated all the troopers must take extra precautions when handling a possible drug overdose.

He said just getting a drug like fentanyl on their skin can lead to problems. At 50 times more powerful than heroin, a very small amount can be deadly.

Fentanyl can be absorbed through the skin or inhaled if it becomes airborne, putting responders — and even police dogs — in danger.

Because of this, troopers must make sure they are properly protected before proceeding. In a job in which seconds can count, this can add to the stress of an already stressful job.

Fetty said his troopers are prepared though.

“Our job — or any job in law enforcement — is very stressful, “ he said. “It’s a matter of training. We have learned, trained and really been reprogrammed as to how we do things.”

Fetty said there are many programs in the area that can help those fighting addiction or those living with an addict.

The state of Ohio and the Jefferson County Prevention and Recovery Board is honoring all first responders in the state, especially those who deal with the opioid epidemic.