Firefighters battle blaze at Barium and Chemicals in Pottery Addition 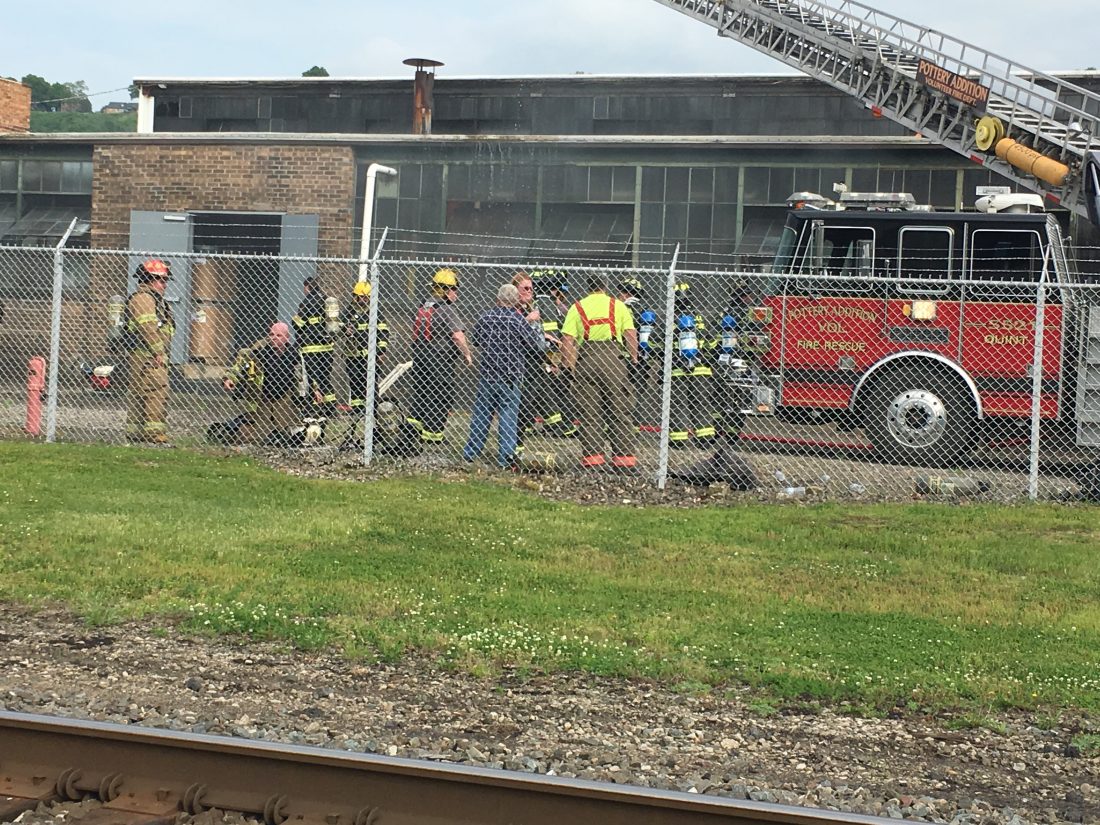 Firefighters from several departments battle a fire in the roof at a building at Barium and Chemicals in Pottery Addition on Friday afternoon. The fire call came in at 4:25 p.m. Pottery Addition Volunteer Fire Department, which is across the street from the plant, and Pleasant Hill, Mingo Junction and Wintersville fire departments responded. There were no reported injuries. Firefighters said it was difficult to get to the fire because it was in the rafters of the building. No information was available on the cause of the fire or the amount of damage. Firefighters were sprayed down with water to decontaminate their fire suits because of the chemicals in the plant. The firefighters also had their vital signs checked before leaving the scene.