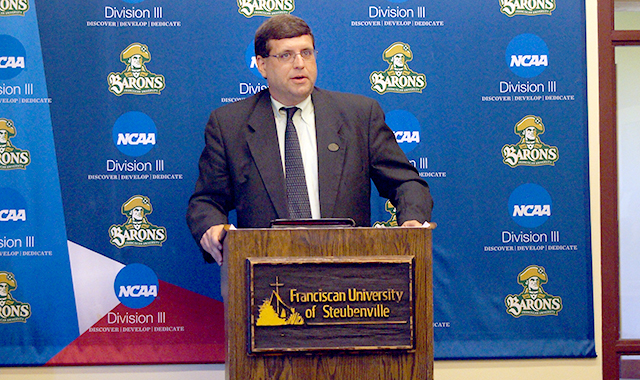 STEUBENVILLE — A long-anticipated day at the Franciscan University of Steubenville became a reality on Tuesday.

The school announced its athletic teams will compete in the Presidents’ Athletic Conference effective with the 2020-21 academic year.

“This is a historic day, both for Franciscan and for the PAC,” Joe Onderko, the conference’s commissioner, said during a press conference held in the Baron Room at the Finnegan Fieldhouse. “This has been some time in the making. It’s a day of gratitude and a day of appreciation for those that made this announcement possible, and also appreciating the many blessings it provides both the school and the conference.”

The Barons will be the 10th full member of the conference, which is in its 64th season and is one of the oldest at the NCAA Division III level.

“Franciscan is joining a Division III athletic conference that is very similar to other D-III leagues … but quite distinct from others,” Onderko said. “Bringing Franciscan into the PAC fold, we are adding a member that shares our passion for an athletic program that is fully integrated into the academics.

“Our presidents’ council also was extremely impressed with Franciscan’s outstanding academic reputation, as well as its faith-based mission to educate all of its students in body, mind and spirit.

“The Baron athletic department, while young, has showed tremendous growth and development in a short period of time. We believe they have an outstanding future ahead of them in the PAC. We are a better conference in every way (with the addition of FUS.)”

The decision came at the right time for the university.

“For our entire campus this is a huge sigh of relief,” said Mike Holmes, the school’s athletic director. “This a day for great celebration and excitement.”

Holmes, who will leave the school to take over the athletics department at St. Ambrose University in Davenport, Iowa, on July 1, compared the excitement of learning of Franciscan’s admittance into the conference to that of selling his house in the process of making the move.

“The most anxiety-inducing part of relocating is trying to sell your house,” he said. “You have restless nights about that. When you finally get the call, it is a fantastic day. That happened a week ago. I got that call and it was a single fist pump. That wasn’t the best call I got. That same day, I got a double-fist, extended shake kind of phone call and that is when we got an invitation for full membership in the Presidents’ Athletic Conference.”

In the meantime, the Barons will participate the Allegheny Mountain Collegiate Conference, which they have been a member of since the 2008 school year. Franciscan’s men’s and women’s lacrosse teams, which are competing in the PAC this season as affiliate members, will continue to do so. In addition, the indoor and outdoor track and field programs and women’s golf team will become affiliate members of the PAC.

“We have enjoyed our association (with the AMCC) and will continue to be a full member for one year,” Holmes said. “We have been communicating that this was a possibility all the way along.”

The process, according to Holmes, started with the decision to affiliate the lacrosse teams.

The move into the PAC is one Holmes said was driven by proximity to other schools in the conference.

“It is a matter of geography as much as anything else,” Holmes said. “All you have to do is ask our coaches who are going up to Buffalo how many Presidents’ Athletic Conference schools they pass on the way, and you’ll know why this makes a lot of geographic sense. Our student-athletes are really big into academics and they want to be in class. This will allow them to miss much less class in conference competition. This allows us to save approximately $70,000 a year in travel budget for conference games.”

The PAC has a bylaw that requires full members to have a football program — FUS does not — which created the last delay for the move. In December, the conference presidents voted to grant a waiver for FUS, allowing the process that led to Tuesday’s announcement to proceed.

“Once that waiver came about, we thought we were ready to go full steam ahead,” Holmes said. “We wrote a letter requesting an audience for a full membership presentation. Joe and the rest of the presidents were gracious enough to allow us to that last week … and we’re standing before you (Tuesday) with this very exciting announcement.” 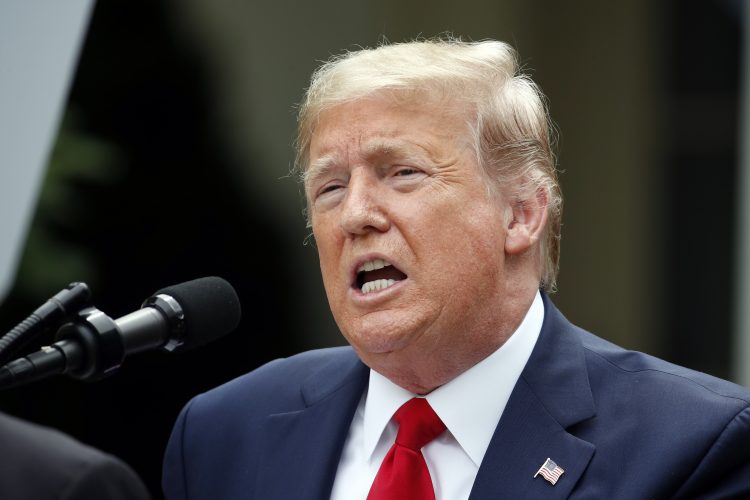